SWTOR - The Fall of the Bounty Hunter Guild 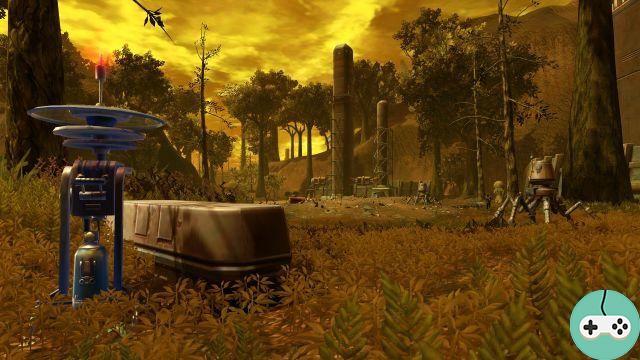 The Bounty Hunter Guild is an ancestral organization, almost as much as the Galactic Republic. Since we offer bounties to capture criminals, there are professionals who have made their trade out of this stalking. From this hunt. And this without even talking about the species and cultures where this role is glorified or even publicized, as among the Rodians or the Trandoshans. It is natural that some have forged alliances, first on a case-by-case basis and then more permanently. Structures that can serve as intermediaries with clients, informants, gunsmiths and many other services. Even if it is necessary to give them a contribution and part of the premium to ensure the financing. The first organization that could be compared to a Galactic-level Guild was founded on Trandosha. Members of this breed are very proud of it. Then the phenomenon of alliance spread to other systems, organizing itself over an increasingly large territory. Until the activities of the Bounty Hunter Guild covered the entire territory of the Galactic Republic and neighboring known systems. 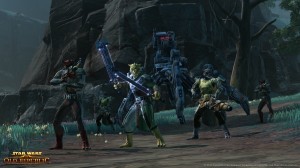 In the Great Hyperspace War, the Guild fought alongside the Republic and the Jedi. The cooperation was such that in some distant systems an amalgamation began to be made. Official bounty hunters were beginning to be seen as mere auxiliaries to lightsaber wielders. But such was the power and prestige of the Guild at the time that it was more advantageous to accept this insulting reputation than to embark on an independent career. The decline began because of the Neimodian plutocracy. These mutant duros, unhappy with the sums requested by the most powerful organization of hunters, wanting to find an agreement that would not jeopardize the size of their so dear portfolio ... In short, the Neimodian leaders made an agreement with the group of mercenaries Gank for less. From there, the competitive market was reopened. The Guild split in two: those who didn't want to change anything and those who wanted to take their lead from their rivals. Over the years, decades and centuries that followed, many rifts split the alliance into many small rival groups, let alone the independents. During the Mandalorian War, the situation was such that the trandoshan Vossk, grandmaster of the time, made a loud noise by slamming the door.

The beheaded Guild, torn apart by the factional warfare, another blow was about to be struck. An independent, human formerly a slave. At 16, he had eliminated his masters and then the bounty hunters sent to his heels for this murder. His name was Calo Nord, and he earned a reputation as the most brutal and ruthless in the whole profession. Legend even has it that he killed more than the Iridian Plague. He was the very opposite of the Guild's image of the profession, and his reputation was such that all bounty hunters were splashed. Even after his death, his shadow continued to hover, damning several contracts that cannot be entrusted to such unsavory elements. And then there were the Mandalorians. Defeated by Revan, broken, they didn't have many opportunities in front of them. They only knew how to be warriors or stalkers. So mercenaries and bounty hunters. Quite an influx of new blasters on the market, hardly less brutal than Calo Nord. And since they came from a culture where their clans are what they rely on more than anything, they had no interest in joining an organization new to them like the Guild. 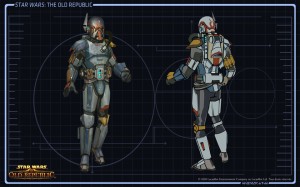 Today, it is the Mandalorians who dominate the bounty hunter market. Reorganized around their Mandalores (plural because I'm talking about the current and the previous), they are more powerful than ever. And with their Great Hunts becoming prestigious and rewarding events, they attract more and make more dreams come true than the poor old dilapidated Guild. However, it still has some resources. And some organizations, even if they are still independent, still line up under the banner of their ancestral credo. Like that of the Premium Brokers, which regularly succeeds in negotiating certain contracts with the Republican and Imperial fleets.

Warframe - Play as a space ninja