Overwatch - Tracer Guide: “Hello my dear! The cavalry has arrived! " 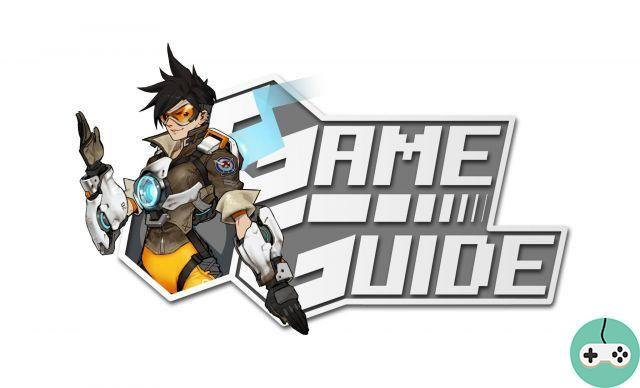 New game, new guides! Overwatch is no exception to the rule, and Blizzard's latest addition will be scrutinized. Without further ado, what better way to start this series of guides with the game's flagship character: Tracer ! 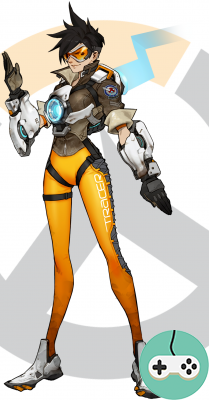 The former Overwatch agent known by the pseudonym Tracer is a time-traveling adventurer and an unstoppable force in the service of good.

Lena Oxton (codename "Tracer") was the youngest recruit in the history of the Overwatch Experimental Flight Program. Her piloting skills and fearlessness earned her the selection to test a prototype hunter-teleporter, the Wake. Unfortunately, the plane's teleportation matrix damaged during the first test flight and disappeared. Lena was presumed dead ...

She eventually reappeared months later, deeply changed by the ordeal she had just gone through: her molecular structure had been out of sync with the normal flow of time. Suffering from "chrono-dissociation," she had become something of a living ghost, disappearing irregularly for hours or days and unable to maintain her physical consistency in the rare moments she was present.

Overwatch doctors and researchers were perplexed, and his case seemed hopeless until a scientist called Winston managed to design the Chrono-Accelerator, a device capable of anchoring Tracer in the present. It also allowed Tracer to control his own time flow and slow or speed it up at will. With this new skill, she became one of Overwatch's most effective agents.

Since the dissolution of the organization, Tracer continues to fight for a good cause and fight injustices whenever she has the chance.

Tracer is a complex hero to grasp, but which easily rewards the player's efforts and investment. His very edgy playstyle requires you to be 100% all the time, but he's a great flanker that will thrill any trigger-friendly gamer who likes to mess up the opposing ranks. Unpredictable, Tracer can happen from absolutely anywhere!

Tracer rushes straight ahead and reappears a few yards away. It can accumulate up to three transfer charges and regularly generates them within seconds of each other.

Tracer leaps back in time and recovers the hit points and ammo she had, as well as her precise location on the map seconds earlier.

Tracer launches a large explosive charge that sticks to any surface, or to the adversary unfortunate enough to receive it. After a short delay, the bomb explodes, dealing high damage to all enemies in the blast area.

On offense, Tracer's mobility allows him to easily pass behind enemy lines, especially tanks that pose a problem to him like

Chopper. Its role is not to take an objective, but to seek priority targets from the opponent.

By passing behind his opponents, Tracer creates the effect of surprise and can easily eliminate the snipers and the supports so precious. Virtually immortal thanks to the Rappel (E), slight errors will be allowed. We can thus rush into the heap by being very aggressive and quickly return to the shelter of our

In a way a little similar to what we do in attack, we will play very in front of our team. Tracer and its mobility will provide a significant distraction (a bit like the fly that prevents you from sleeping in the summer) for the opposing team who will have to react in order to keep their precious supports and healers safe.

Nevertheless, we will not throw ourselves into the fray without being a minimum prepared! Analyzing the phases of play is crucial when playing Tracer. When the opposing team regroups, it is not useful to go hunting the opponents, you would only find yourself lonely and risk dying stupidly. Alone, Tracer does little, but when a distraction is offered, it takes its toll! When the opposing team tries to push for the goal, that's where you come in. In general, the tanks will start in front, the supports remaining behind. Crispy, isn't it?

Nevertheless, your Pulse Bomb (A) is essential to ensure eliminations or to zone a tank that would come back to see how its little one is doing

Zenyatta. Remember, during the poke phases, to shoot the large enemy tanks in order to reload it easily.

Tracer is a fragile hero who benefits from a lot of shields and healing over time, in order to continually annoy the enemy team. She is very sensitive to bursts and shields are a good way to keep her from poking all day long.

To my left is Clockwork, one of the best Scout players on Team Fortress 2. The game is a private game against the developers, early in the Overwatch beta. To my right, Kudochop, a competitive player on Tribes in particular. This is an excerpt from his stream on Twitch.

Both played in the team Pubstars in the Sombrero.GG tournament which brought together the best Overwatch teams in November 2015. We let you choose the best series!

Find a "Made in Games Managers" wallpaper that summarizes Tracer and its capabilities, all in 4K resolution! 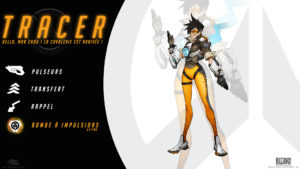 Now you know what to do with Tracer in Overwatch, so let's get started! And hurry up, the cavalry is already arrival!


Do you want to be up to date and know all the tricks for your video games? In gamesmanagers.com we enjoy playing as much as you do and for that reason we offer you the best tricks, secrets or tips for you to play non-stop. We offer you quality content and always updated to keep you up to date. That's why, in our website, you will find not only videogame guides but also tricks, secrets and thousands of tips so you can play to the limit. Are you ready to get it? Enter now and enjoy your videogame!
The Sims 4 - Gourmet Kitchen Capacity ❯

Add a comment from Overwatch - Tracer Guide: “Hello my dear! The cavalry has arrived! "