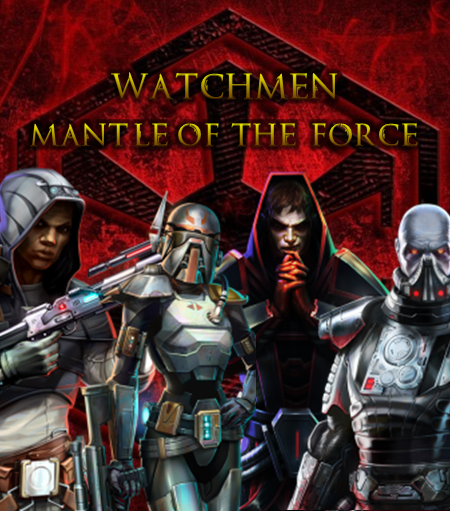 This week, we're heading to Star Wars The Old Republic to learn more about the "Watchmen" guild, which is currently making progress on the server. Mantle of the force. 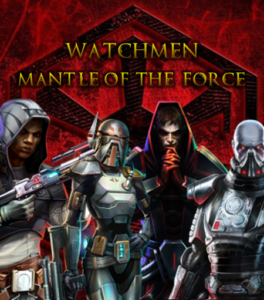 The Watchmen Guild is a friendly guild, made up of around thirty members from different guilds such as "The Watchmen", "Phoenixs", "Renegades", "Apocalypse Squadron". It is primarily a PvE guild but plans to expand into PvP in the near future. 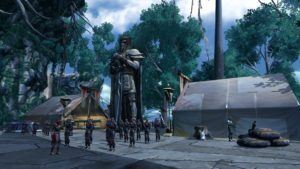 On the PvE part, we currently have 2 rosters HM coming out 2 weekly each. They go out in the evening because the average age is quite high and therefore most of the members have a job and / or a family to manage, which limits the available time slots. But a third roster is being prepared because the family is growing rapidly!

Even though we are active in PvE HM, which requires a minimum of rigor and discipline, we remain a guild. mature (or almost it depends on the moment ^^) without the fuss, playing in the good atmosphere and without no elitism. We are progressing as a guild and not as a group of people with a personal goal. This notion is fundamental in the guild, we all more or less share this way of thinking because in our opinion, we are more than a group of people playing the same game, we are above all friends. 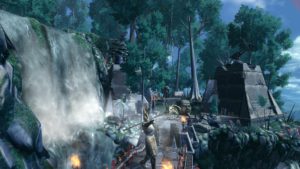 We use a lot Teamspeak to communicate with each other whether on SWTOR or on other games such as Battlefield or H1Z1 for example. This is useful when you need to take a little break from the game after long sessions! We also have a forum which is more and more active on which we find a bit of everything and anything (often anything in fact!). We use it to share videos, photos, group screens at the end of the raids or even info on the next patch of SWTOR or other games.

We go out for events like Conquests or the Dark vs Light event that many in the guild are preparing and which requires for certain objectives the help of other members of the guild, but also and of course even raids (normal we do PvE HM, it's a bit "obvious"). The guild has a ship and a fortress decorated 100% on the empire side (these are the images of Yavin that you will find throughout the presentation, personally I have a soft spot for the cantina). Many guild members participated in the decoration through decoration donations! And the result is really beautiful, don't you think?

We also have a mirror guild on the Republic side with a ship and guild fortress but it is mainly used for rerolls (especially those of the Dark vs Light event) but we do not actively play on this side. 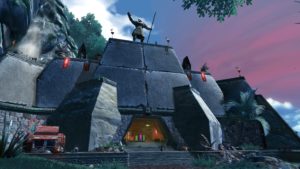 The guild wants to expand in the near future on two fronts:

Indeed we want to acquire success Galaxy conqueror and to do this, we need to strengthen our ranks in order to achieve this goal because despite our strong motivation we are too few to compete against guilds with many more members. As is the case with this week's conquest of Alderaan, we managed to score a big score (over 1 at the time of writing) but despite everything we could do, it didn't. will not be enough to win. We mostly miss people motivated ready to investing in the next conquests!

In addition we will set up within the guild one or more PvP group in order to achieve exits in guild especially in 4v4 or even for fun PvP outings. 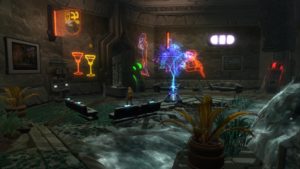 Thanks for reading the presentation to the end! Note that recruiting is open to all types of players! So whether you are active or not, PvP or PvE, you can try your luck and join the adventure among the Watchmen !

To apply, nothing could be simpler, go to the site and create an application. Or alternatively you can contact in-game either one of the Co-MG spanishius / Blackzeus / Punkfreeze or one of the Ellanath / Dargeeling / Oselmin officers. 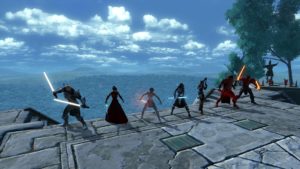 Group photo for the end!

Many thanks to the Watchmen Guild for this presentation. If you like PvE or even PvP and you're on Mantle of the Force, then you know what to do!

Hellion - In space, no one will hear you scream