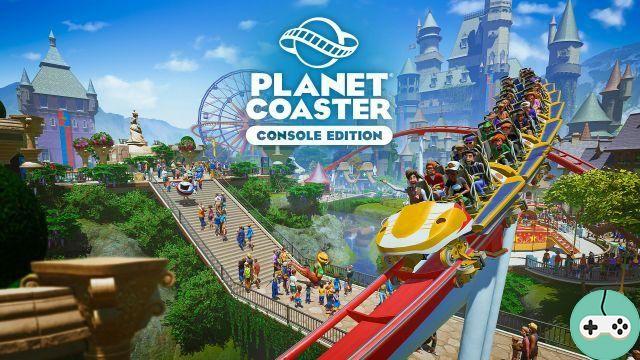 When Planet Coaster was announced on consoles, my eyes widened and I had only one thought "How the hell are they going to be able to fit the game on a single pad?". Well in fact, my thought was a little more pessimistic and vulgar, but the version which I propose to you embellishes the thing well enough. The goal of Frontier is quite simple with this port: to bring Planet Coaster on consoles, without making any concessions. And, to my surprise, the bet is successful, Planet Coaster is beaming on consoles, as long as you are patient with it. 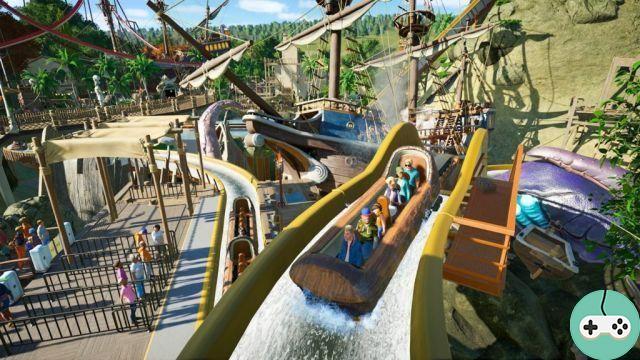 Because yes, it is clear that adapting a management game as rich as this Planet Coaster is not easy. Between the many menus, the multiple tools and other attractions / shop / item editor and others will take a long time to be mastered by the player. Fortunately, the game is adorned with new tutorials allowing you to take control of the title properly, and without too quickly finding yourself underwater in terms of information and mechanics to apply. Let's be frank, the ergonomics at the controller are not perfect. The studio has done its best to adapt the game on this poor Xbox pad, but as soon as we push the customization of the park a little, we will have to multiply the actions not really obvious with the controller, in particular when we will try to edit customizable objects or attractions (such as roller coasters). For players without vocations or specific talent in terms of creativity, know that the workshop so precious on PC is present on the console versions, allowing you to use the talent of the community for your own park! Note also the possibility of connecting a keyboard and a mouse to your console to play this Tycoon in conditions as good as those of its PC version. Don't cry heresy, I'm just saying it's possible ... although it will require some space adjustments to get there. 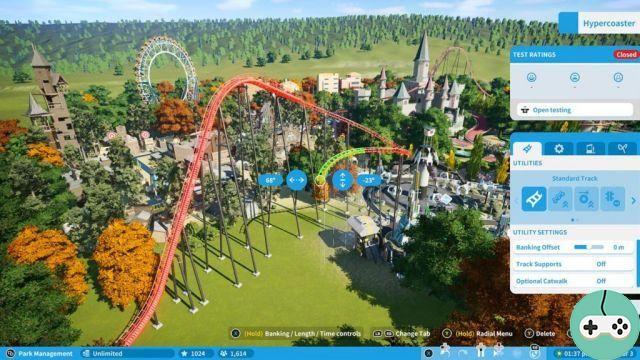 On the technical side, the game is also doing well. I tried out the Xbox Series (X) version and enjoyed extremely fine rendering and a well-finished game, with a scaled interface that remains readable on our televisions. No curious bugs and only one crash in 6 hours of play to report. Of course, and this is inherent in the title - even in its PC version - the game's fluidity will be compromised at certain times, depending on the number of elements to be displayed on the screen. At the start of the game, nothing to report, everything will turn out perfectly. After a few hours of taking care of your park, if it is crowded, many attractions appear on the screen with duly set up sets, it is likely that your console will run out of steam and can no longer stay fluid. Fortunately, this is not permanent, but the more you advance in the construction of your parks, the more the slowdowns will be noticeable. 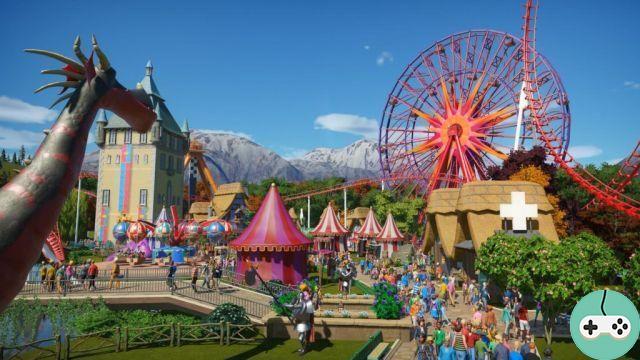 As for the content of the base game, I refer you to our very comprehensive overview of 2016. Planet Coaster is and remains the worthy successor of Roller Coaster Tycoon. This successful porting also allows console players to immerse themselves in this oh so rich and addicting genre. Planet Coaster is available on Xbox One and Xbox Series via Xbox Game Pass at no additional cost, or at $ 44,99. Also available on PS4, PS5 and, of course, PC.

To conclude, a video captured by Onidra during a press event shortly before the release: