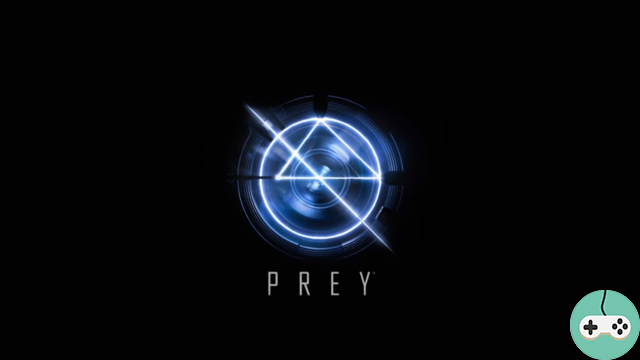 I was lucky enough to be able to test the first hour of Prey the upcoming big AAA game from Arkane and Bethesda Softworks. It was relatively intense without giving away too much of the concepts and story, providing a good overview of the gameplay. I was able to walk in a space station around the moon to discover many mysteries. 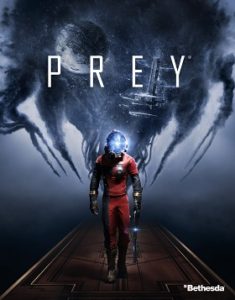 For those like me who haven't seen any videos or read articles on Prey, this is a first-person shooter with RPG elements where you play as Morgan Yu, exploring a station. spatial. To help you out, you'll be able to use a wide variety of alien weapons and abilities to avoid being killed while trying to escape. The station is an open world, with a Metroidvania progression, with items obtained in certain parts of the world or abilities unlocking places as you go, still offering several potential ways to progress in the game. 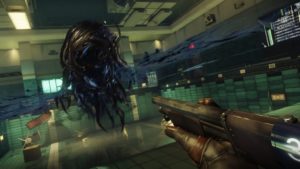 Spoil: the first minutes of the game


First minutes of the game

I therefore decided to take Morgan Yu in the woman's version even if, as it was confirmed to me later, the only change that this causes concerns the handbag and the wardrobe of the apartment where the we start the game. No other change in the scenario following this choice. 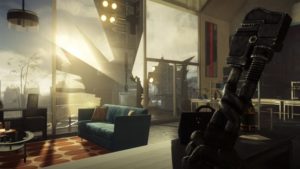 When I wake up in a beautiful apartment, a voice tells me that I must go to a building to carry out tests. I can still take the opportunity to admire the view, search around and read a few notes. It is then time to put on a magnificent orange jumpsuit and go by helicopter to the place of the tests. This is when the game really starts and the video I was able to take begins.

I then meet my "brother" (or not) who tells us where to go for the series of tests. I'm starting to doubt all the information a bit, even this one, so I'm going cautiously ... 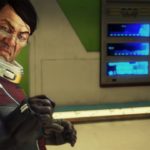 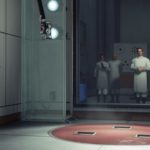 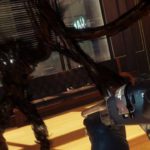 The series of tests begins, having us perform our character's possible actions like jumping, pressing a button ... tutorial in some sort of disguise, but which is quickly interrupted by the sudden appearance of a mysterious black spider-web creature. which attacks the laboratory test team until a gas stops everything and plunges us into lethargy.

This is when the adventure really begins, when I wake up back in the beautiful apartment. Strangely, the clock announces the same day as yesterday (Groundhog Day). After smashing an aquarium, my bay window and pretty much all the windows in my apartment, I realize that all of this is not right and that I am not on Earth but in a space station around the Moon. Everything I thought was my life is wrong. Everything that happened in those first few minutes was a real experience, not just a little test battery. In this new world that I am discovering, it is panic on board and I quickly find myself confronted with these same aliens as death strikes around me. A climate of terror begins to be felt strongly and the struggle for survival begins ...

A non-linear progression in an open space

Prey does offer a Metroïdvania play area: several areas seem accessible from the start but, for the moment, my character cannot necessarily access them. We find in Prey mechanisms strongly inspired by the great games of the genre, which could be an ease, also bringing great hopes. Access to new places and progression in the game are based on our equipment and skills as in Deus Ex. Access opening can thus be done via the hacking skill, a thorough search of the area. , or even secret passages. We also find here mechanics specific to Dishonored 2, another Bethesda game ...


I search therefore I am, the Bethesda brand ...

The rooms are filled with objects, notes, computers to inspect and / or collect. As in Dishonored 2 or Fallout 4, this amplifies the story and the universe and can make you discover important things for the rest of the game. The many items to collect end up in your inventory which is not infinite and very risky. quickly to be filled to the brim. Fortunately, a crafting system close to Fallout 4 allows you to recycle unnecessary items to turn them into raw materials that will be useful for creating interesting items. I haven't seen much of it, but I totally agree with the idea.

A bit of RPG

To advance your character, you need to collect Neuromods. Like the runes in Dishonored 2, they're hidden all over the place. The first is still offered in the first zone, just to introduce the system. It's up to the player to use these neuromods to choose their path by unlocking one of the three skill trees. Depending on your gameplay you can choose the path of Engineer, Security Expert or Scientist. It may be possible to unlock alien powers but we do not know more at the moment.

Your different abilities will serve you in a fairly classic first-person game mode and, again, close to Dishonored 2 (but in a more nag mode with a weapon in your hand and against quite sour aliens). So you can jump, run, slide on the ground, kneel down and be surprised by a creature out of nowhere that will kill you (at least at the start of the game) before you can get your first weapon.

This start to a game that I wasn't expecting too much made my mouth water, a cocktail of Deus Ex, Metroid, Fallout 4 and Dishonored, with a bit of Alien, games that I have highly appreciated in the past can make a great drink. In this first hour, the story, the graphic universe and the gameplay are very successful, just like what Arkane knows how to do. However, we will have to wait until May to see a little more and find out if this mixture is successful to the end despite the lack of choice in the story. I won't hide from you that, since I'm still playing two of Prey's inspirations, I don't really doubt their ability to positively surprise me!