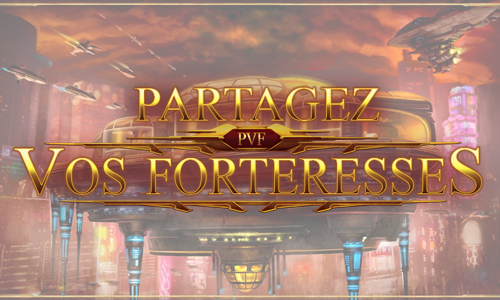 Today, we go to Hanaar, a player I know quite well because I worked with him for many months in the ASTRIA guild, on the Mantle of the Force server. Suffice to say that I am delighted to welcome him for this new issue of PVF.

From the start, the tone is set: the flags indicate that the owner of the premises does not like to be disturbed, the armed men in front of the entrance are there to escort any intrusive. 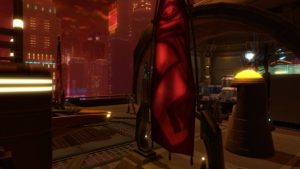 But all this is only a facade so as not to attract suspicion: under the nose and beard of Zakuul's empire, the Alliance has built a secondary base on Nar Shadaa, the knot of the underworld and the smuggling. The arrival hall is dedicated to the storage of equipment: weapons, ammunition of all kinds. 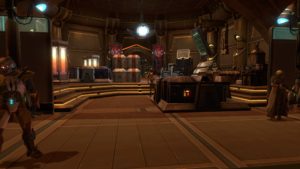 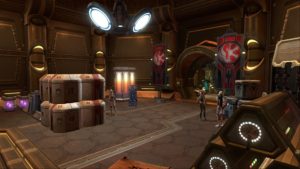 Once you have passed through the storage room, you reach the first corridor, protected by four turrets of defenses on foot. This hallway serves as a place to relax, on the left side there is a bar, benches to sit on, as well as various chests and shopping droids to stay on top of yourself. On the right part, a door is clearly marked as indicating a danger, we will come back to this later ... Let's start with the left part. 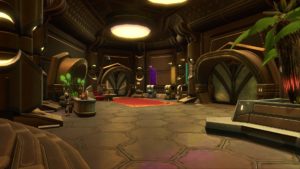 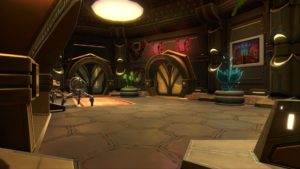 The first room on the left is that of the barracks. Everything is there for the rest and the training of the troops. The skytrooper frames hung on the wall are both there to remind who the enemy is, but also as trophies for alliance soldiers ... In the event of an alert, a weapon locker is ready for use for maximum responsiveness. 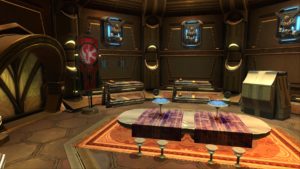 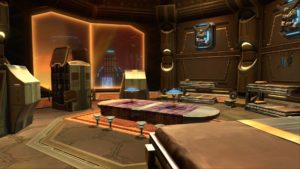 The alliance is not just a military force: in the next room, it is a diplomatic room that has been installed. There, emissaries can forge commercial, strategic relationships with any potential ally in the galaxy. Four worlds have already answered the call. 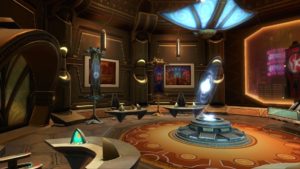 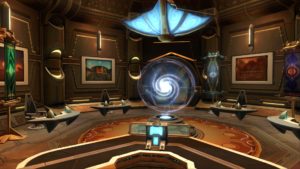 Now, go to the rooms on the right side. Do you remember the door marked with the danger signs and the red lights in the hallway? It couldn't be less visible, because it is a real-fire combat training room, whether against droids or against human opponents ... and when you're in it, it's not kidding, the impacts on the walls are there to testify. Rest assured, a special device included in this piece blocks weapons as soon as a shot hits a live target. 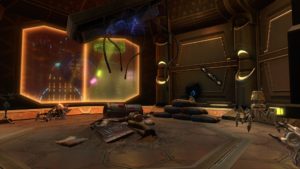 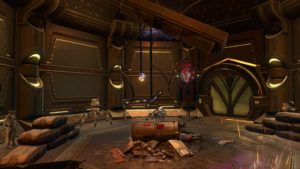 The next room could only be complementary: the infirmary. Four advanced medical beds are installed, a computer specially dedicated to medicine is also present. For the most serious cases, stasis chambers have been brought back from Belsavis by rakatas who have adopted the Alliance's plan, the wounded can then be evacuated to specialized medical centers adapted to their case. 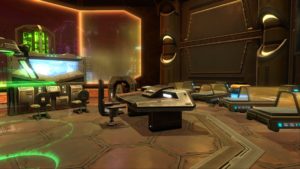 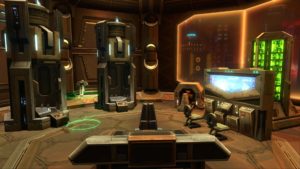 Now let's head to the main room. Behind the entrance hall is the research room, of which Professor Oguroob oversees the activity from a distance. Combat troops managed to collect various armor from knights and skytroopers. The technicians analyze them, in order to discover potential weaknesses, and thus be able to exploit them. Meta-calculus machines have also been installed. These computers being more powerful than most of the current models of the Empire and the Republic, they serve both as an object of study and as a computing center. 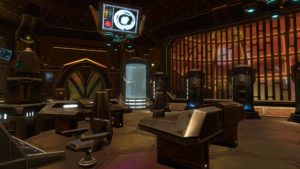 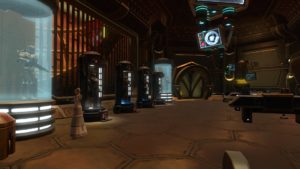 Now let's go down to the lower level of the fortress. A short tour of the exterior, to see that the defense system is well developed: massive turrets defend the property. Any air assault, even if it is successful, will cost the assailant dear ... In addition to this elaborate defense system, the promenade is the place of practice in target shooting and close combat, all supervised by instructor soldiers. 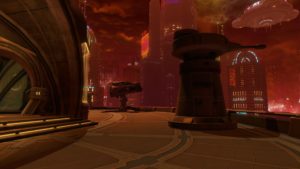 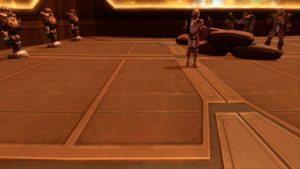 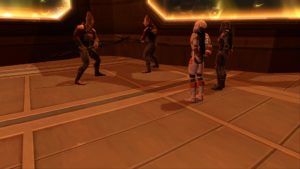 And now we come to the main room, the Alliance Control Room! Very complete, it has a briefing table where we currently see a meeting between the followers of the Force. On the other side, a detachment of troops is being briefed by their superior. Koth can't help but fiddle with everything he touches, there he tries to optimize one of the power generators. The room also has an ingeniously mounted holo planetary surveillance system: a mini planetary surveillance system is installed, showing the worlds where Zakuul's troops are active. A clever switch system then makes it possible to display one of the planets on the large central holo. 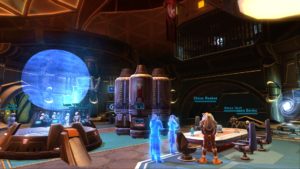 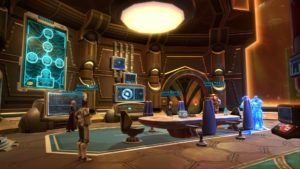 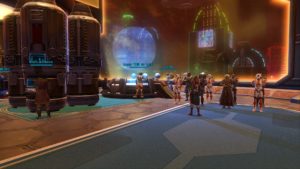 The next room is dedicated to Alliance spies. All information circulating on Nar Shadaa is intercepted and analyzed, Theron obviously supervising everything. As the computing power required is substantial, an optimized cooling system has been installed on the processing computers. 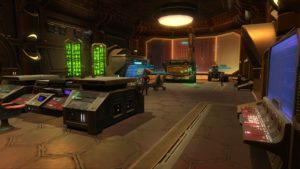 The last room is a resource room: all possible and imaginable crafting materials are stored there, with personnel specially dedicated to the collection and manufacture of stims, dopants, medipacs, necessary for Alliance troops. A whole network of anti-personnel turrets defend the area, and greatly reduce any risk of theft or invasion ... In addition, in the unlikely event of an emergency evacuation, a speeder is ready to go to a Mante D- 5 (an aircraft not having the classic look of Republic, Sith Empire or Zakuul ships, goes much more unnoticed in the air traffic of Nar Shadaa), chartered for a departure at any time. 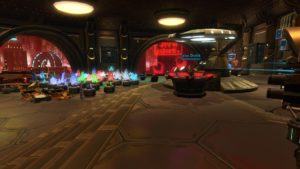 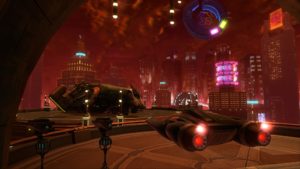 What I remembered: I think this is the first time that I see a training room like this one. It's a really good idea, we believe it! The briefing room is also very well done, it's really bustling with activity!