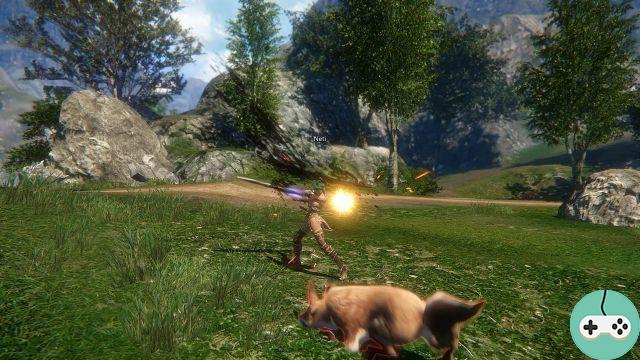 It is not always easy to understand and assimilate all the intricacies of a class during our first fights with it. This short guide will introduce you to the different skills of the early Berserk (from level 1 to 10) and how to use them.

Spells and their uses

You will find below the spells in spanish and English. 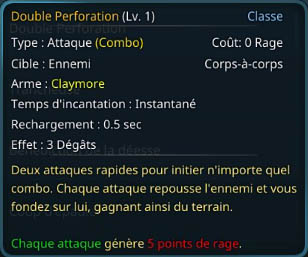 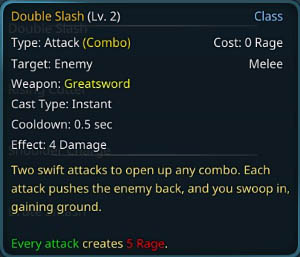 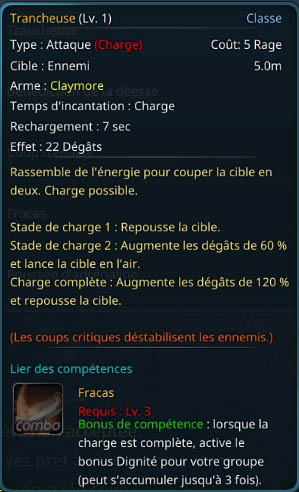 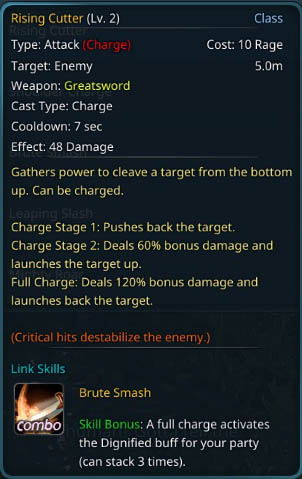 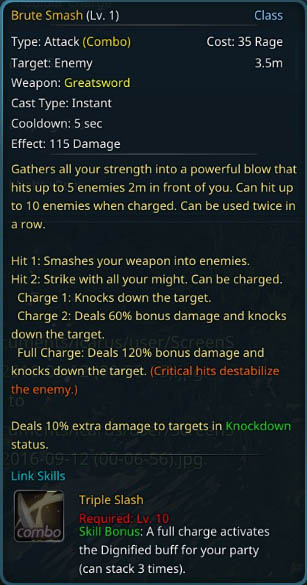 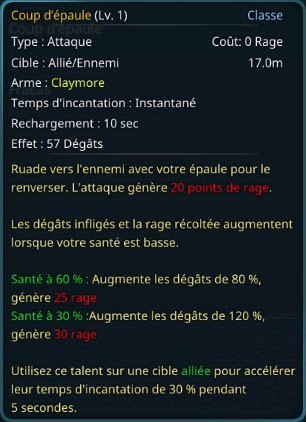 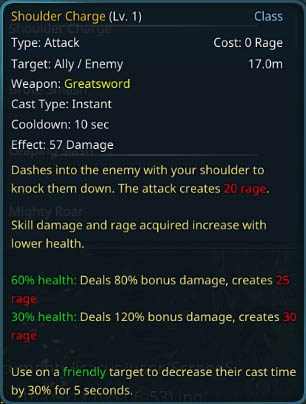 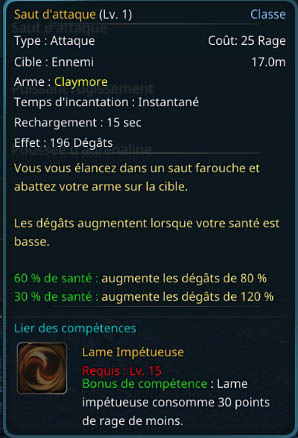 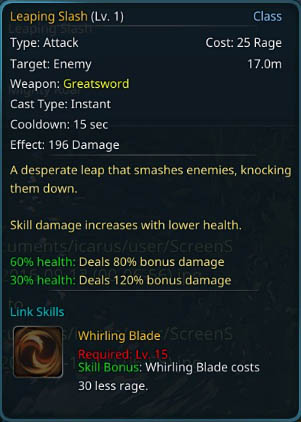 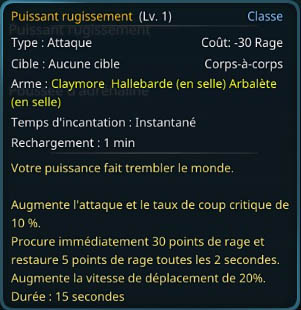 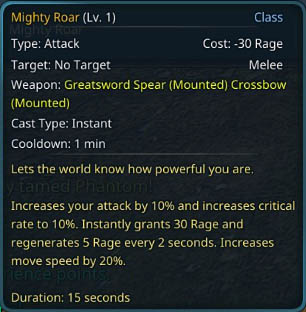 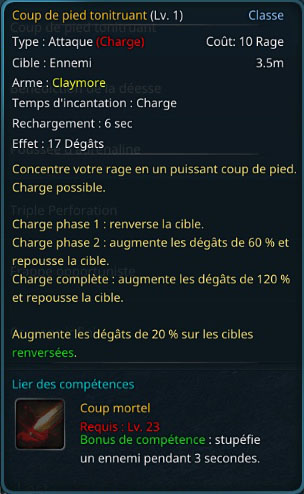 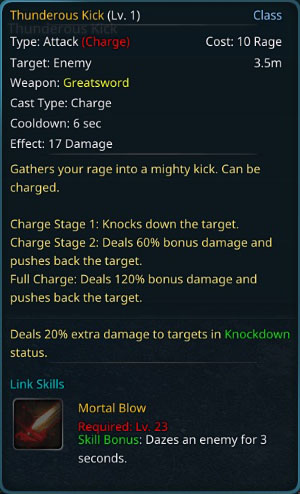 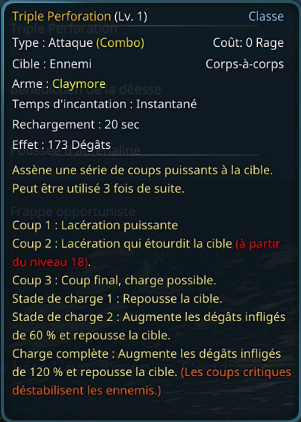 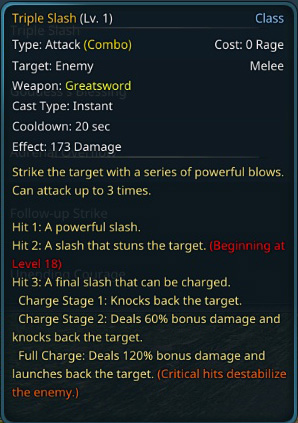 At level 5, you unlock Leaping Slash, Mighty Roar / Mighty Roar and Adrenaline rush.
Just like Shoulder Charge / Shoulder Charge, Leaping Slash is a charge but this time will consume 25 Rage. It is then interesting to do first Mighty Roar / Mighty Roar, which grants you, among other effects, 30 rage points. Finally Adrenaline Rush is a passive that activates when a skill, such as Slicer / Rising Cutter, is fully charged. It gives you Strength, more health and regeneration of the latter as well as Rage.

Finally, at level 10, is added Triple Slash / Triple perforation. In combo, it is used after Fracas/Brute Smash. Triple Slash/Triple perforation  consists of 3 hits: The first simply deals damage, the second, at level 18, will stun the target and finally the third has a loadout. Phase 1 of loading pushes the target back, both increases damage by 60% and pushes them back as well. Finally the charge 3, that is to say the full charge of the skill increases the damage by 120% and pushes the target back. Note that critical hits will destabilize the enemy.
Let's summarize the different possible combos:

You now have a good foundation to start your career as a Berserker on Riders of Icarus! Do not hesitate to send us your suggestions and comments to refine this little guide for beginners.


Do you want to be up to date and know all the tricks for your video games? In gamesmanagers.com we enjoy playing as much as you do and for that reason we offer you the best tricks, secrets or tips for you to play non-stop. We offer you quality content and always updated to keep you up to date. That's why, in our website, you will find not only videogame guides but also tricks, secrets and thousands of tips so you can play to the limit. Are you ready to get it? Enter now and enjoy your videogame!
WildStar - Teasing Videos Released! ❯

Add a comment from Riders of Icarus - Start as Berserk / Berserker