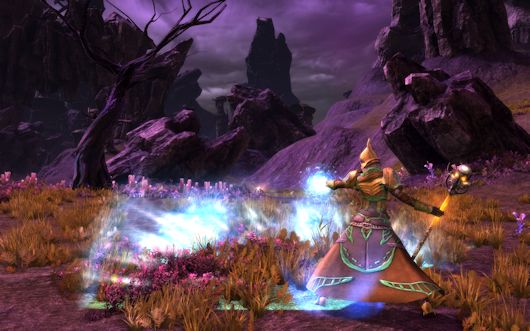 It is expected that tomorrow Trion will announce the new soul of the Cleric, the Oracle, but Massively was lucky enough to be able to unveil a first glimpse, just for us. 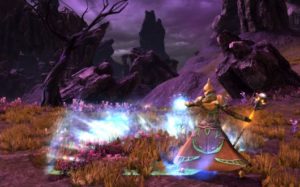 Scheduled to arrive in Update 2.7, the Oracle is the new Soul of the Cleric, which will allow him to launch buffs and debuffs on groups using water and death magic.

The Oracles come from a dark future, where their mastery of support skills preceded the annihilation of Telara. Endowed with the powers of Water and Death, these versatile spellcasters can bring an entire party to victory with a wide range of powerful boons, shields, heals, buffs and curses. As a member of a group, they are indispensable. As an enemy, it is impossible to ignore them. 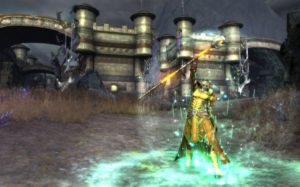 I offer you the translation of an element of its history, which is in fact the official background of the Oracle.

Toothbreak's cheeks turned light green as he focused on the eyepiece of his scope. The last troops of his army were falling like flies under the unstoppable assaults of the Tower, one of the Tenebrean constructions that had ravaged Telara. Its spider limbs slashed through Toothbreak's soldiers, hurling lightning bolts toward the ramparts of its planar stronghold. Only the seriously wounded dragon Tasuil had been able to contain the assault.

"Bloodrot!" He swore as a turret exploded nearby, sending his telescope flying towards the rocks. "Bile, vomit, vomit, bloody hand!" The general stamped his foot, cursing his men in the interior wall.

“Come on! Come here! What are you waiting for? There won't be another battle!” He continued to scream as he reviewed his remaining strengths, a strange mixture of creatures from the planes. All were wounded: scruffy dwarves, crippled ogres, burnt satyrs, frightened Bahmi, harpies on the ground, and a skelf about to dry up.


Toothbreak stopped and inspected the water warrior. It was a large specimen whose clawed arms, sharp tail, and thorns were enormous, even by Skelfs standards. Huge but dehydrated, Toothbreak thought. He spat in the creature's face with all his might.

"Thank you, General." The huge creature straightened up and smiled with a mouth full of razor-sharp teeth, saluting its commander for the gift of moisture.

Toothbreak nodded at him and started walking, barking encouragement all the way to the dungeon temple, where he found the Divine Council, crowded around Tasuil, trying to explain how this disaster could be the plan. of their gods, long dead. If they didn't have their healing skills, Toothbreak would have already used these clerics as ammo for the Trebuchets.

Well, all but one.

Syntyche the Oracle was the last Kelari on Telara. She was frank, and her word was dangerous. Toothbreak had seen him kill with one word, and his chants were known to drag entire armies to the brink of destruction. For the moment, she was in communion with the dragon.

"The Tower is passed". Toothbreak spoke calmly but urgently. "You must fight one last battle before you abandon us."

Syntyche finished whispering with Tasuil, then got up and approached the goblin. "I agree with you. We need the energy of the construction in order to send me back." She stopped and put her hand gently on Toothbreak. "And I'm not giving up on you. I'm just correcting a mistake. We've done this before."

"And millions of mine are dying." Toothbreak frowned. "If this reckless plan succeeds, and we meet again, will we be enemies?"


"It's up to the goblin you were," Syntyche replied.

The general smiled, "I've always wondered how it felt with one of your curses."

The Oracle smiled back at her, then turned and motioned for Toothbreak to follow her. Together, they went to find his reserve guard battling the construction within the very walls of the dungeon. With a word, Syntyche placed a seal of protection on the Tower, but it wasn't the enemy that was targeted by his magic. As the Alliance Army fought the machine, it was safe with its faith and infused with power.

The General's technicians rushed to collect a strange energy that was pouring out of the machine, transferring it to an Orphiel device. The Oracle and the Goblin moved forward, the surviving soldiers bowing to them in reverence as they passed. If Syntyche was successful, the friendship and unity they had forged in the battle against aliens would vanish. Ancient hatred and strife would rage once more ... but at least the plans would survive.

Syntyche paused in front of the device before it kicked in. "How many times have you been used?" she asked. “How many errors have been corrected?”. The device beeped, signaling a full charge. She hugged Toothbreak, then stepped into the glowing light ... and everything changed.

Edit: you can find the whole story on the official website!

add a comment of Rift - New Cleric Soul: The Oracle