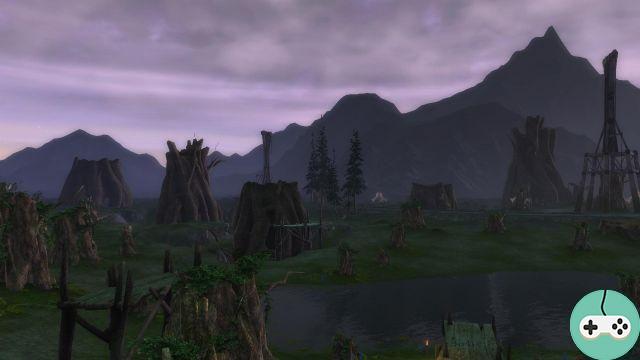 Many secrets are still to be discovered in Telara, notably in the Reach of Bruised Wood, which hides a Cairn and an enigma. 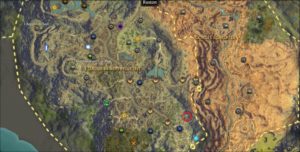 Climb the small mountain, then discover the cairn. 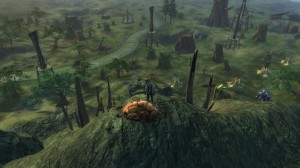 And get what's inside. 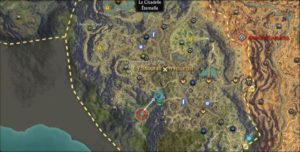 To get there, climb the mountain starting from the blue point on the map.

You find yourself in front of 6 pillars, as well as a multitude of torches, some of which are blue, red or yellow, and others unlit. On two pillars you find 3 red buttons each. These buttons allow you to move the torches. The goal of the puzzle will be to line up the colored torches like this: 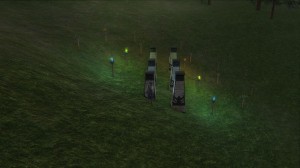 To do this, you will have to use the buttons on the pillars, knowing that:

If the torch configuration is the basic one, namely this one: 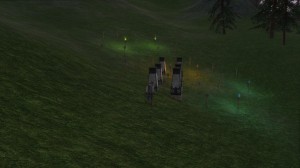 It is then possible to complete the riddle in two moves, namely: 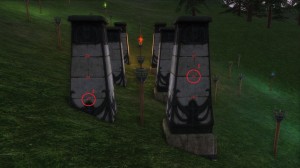 The puzzle will then be solved and you can collect the chest and the reward. 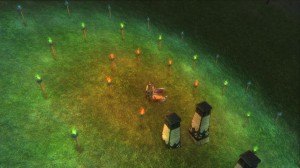 If ever someone has already been there, and changed the configuration, no luck for you, you will have to think a little because there is no miracle recipe?

L'Exploit, with the title "The Glimmer of Hope":

Fallout 4 - The Creation of Codsworth

Add a comment from Rift - Riddles and Cairns: Expanse of Bruised Wood