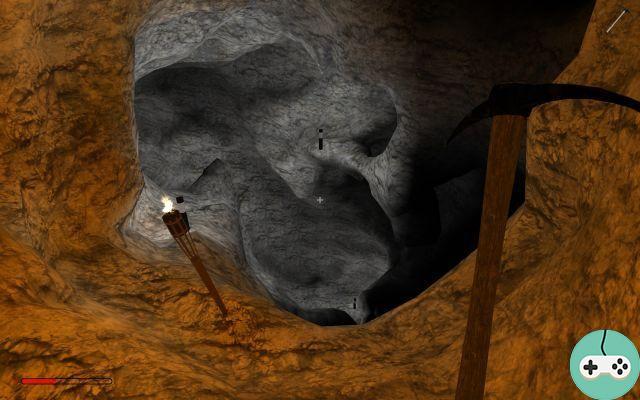 Rising World, developed by an independent German studio, was released on December 3, 2014 on PC, Mac and Linux. Rising World is another "Minecraft like" which has a very special charm.

Unlike all games of this type, Rising World offers us another style of graphics that looks much more like The Forest than Minecraft. Indeed, the graphics will not sting your eyes by the pixels or the cubism of the world that many people do not support. It therefore has a very soft graphic aspect, pleasant play of light and a visual atmosphere that is not outside the context of the place where we find ourselves (caves, crevices, fields, mountains). 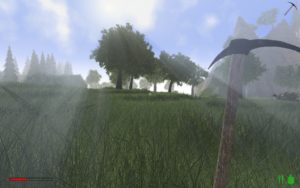 The first thing you notice when launching its first part is the absolutely horrible sensitivity which is set from the base (between 0.10 and 0.15) making the camera movements horrible. It will therefore have to be changed from the start of the game.

In terms of travel, it is fluid. We have more the impression of floating slightly above the ground than of running but this is quickly forgotten since climbing a vertical wall will not be a problem for your character (except in the caves).

The movements are therefore fluid, the movements and the actions the same. The developers have pushed for realism in many actions. For example, the fall of the tree. It detaches itself from the trunk and falls backwards. Then, it is still necessary to cut the tree with an ax to have logs. 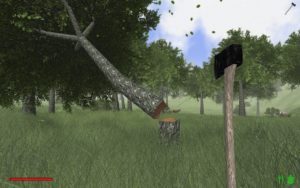 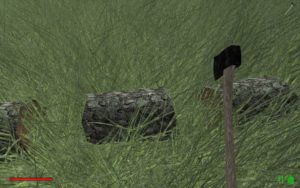 In caves, the gameplay also changes. Indeed, in addition to the fact that there is no longer a light source and that you will not see further than the tip of your nose, the walls do not rise in the same way. And you'll have to dig, dig, and dig to get you out of some steep spots where the fall can kill you. 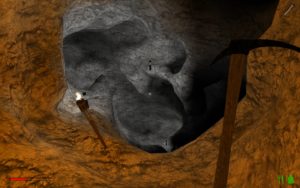 Currently, there are no aggressive creatures, there are only passive creatures (such as foxes, deer, pigs) so that's not what you die of. Nor for that matter of hunger or thirst which currently remains full to infinity. In addition, the game contains few items. Most can be created without the required components so survival mode is of no real interest at the moment. Best to play creative and brainstorm to see all that is achievable in this game and start building (oh, a mountain what if I made a castle?).

With Rising World still in development in Early Access, it's hard to say if this will be a good game or not. Despite everything, it remains a very promising game with its infinite possibilities which are only limited by the imagination. Fans of open worlds, bored of Minecraft, are you looking for a game in the same style? Go for it! For others, you may like this game but you will have to disregard bugs, crashes and other problems given that it is only in alpha (currently 0.52). So you may want to wait until the game is more successful before you decide.

To conclude, Rising is a game to pass the time during your long winter evenings, without any fuss or stress, all in the calm and serenity of your imagination! The game is available on the Steam platform for € 14.99.