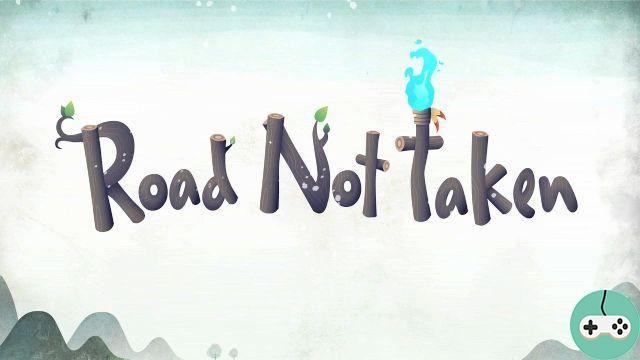 As soon as I saw the graphics of this game, I was instantly won over. So before I tell you about it, I present the trailer to get you in the mood.

Presented in the form of an adventure game, Road Not Taken is nevertheless a great puzzle and we will have to think about it to lead our career to a successful conclusion. We play a little guy in a red cape and shining yellow eyes with false airs of Jawa. After a cutscene where we see him facing spirits, he arrives by boat in a village. 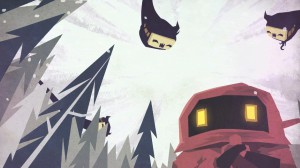 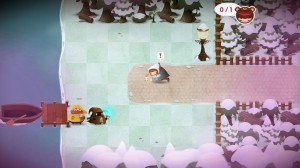 The first time we start the game, a tutorial allows us to acquire the basics of the game. Our character goes in 4 directions using the arrow keys: forward / backward and up / down. 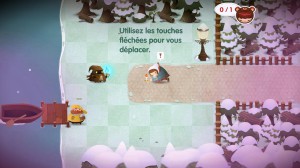 With the Space key, we take an object. By pressing Space a second time, the object is launched and goes straight until it encounters an obstacle, wall or other object. I think you are starting to catch a glimpse of how puzzles work? 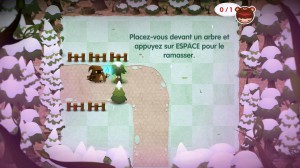 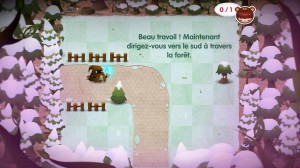 To add spice, when our character carries an object and moves forward, he loses energy (represented by the blue flame at the top left): 1 point per square. Suddenly, you have to throw objects as much as possible (which does not cost energy) and avoid carrying them. Things become more complex because our character takes all the objects adjacent to his square, we cannot choose just one. And he will only be able to move forward if there is enough room for him and all the objects he is carrying (there, on the screens at the beginning, it seems simple, it is much less when 3/4 of the boxes are filled with various objects). He also cannot push objects. 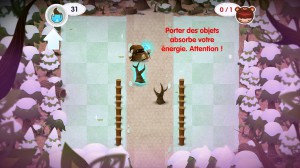 The goal is to save the children of the village who, every year, get lost in the forest in search of berries, carrying them or sending them into the arms of their parents (or vice versa). Otherwise, they can also be brought back to the Mayor if the parents are too far away. If we save all the children, the village is happy but we can save only part of it if we have better things to do (as the mayor tells us, it would be better then to avoid seeing the parents!).

After each rescue, a year ends and we move on to the next (for a maximum of 15 years) after a small cutscene showing us the life of the village. 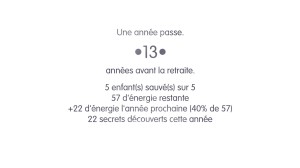 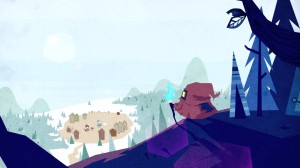 Each year, or level, consists of the village in which we can evolve at will, talk to people and then make friends with them. 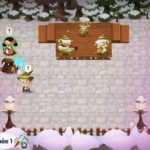 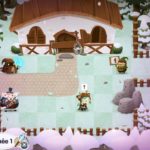 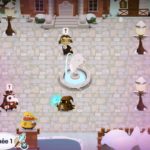 From the second year, we are even given the key to a house just for us with a cat skin glue! 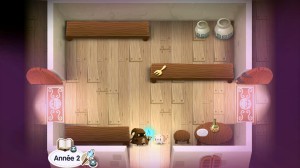 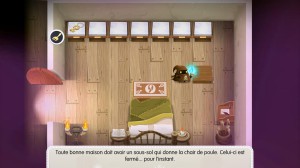 Finally, of course, there is the puzzle part made up of different screens (4 or 5 of what I saw in the first levels). Once the puzzle has been launched, it is not possible to return to the village without giving up. In the levels, we have to push, combine, carry lots of things while avoiding others! There are more and more critters, objects and less and less space! When I told you that it gets complex quickly! 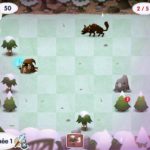 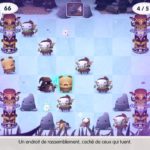 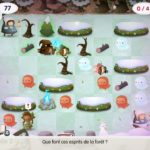 To do well, there are many tips and combinations to know (referenced in our secret book) to obtain useful objects and especially to make room. For example, an element that I like to use: by combining 2 pieces of wood, we create a fire that allows on the screen where it is located not to take any more damage when we carry something or someone. 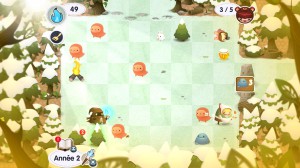 But there isn't always wood, so you have to cut down trees ... but for that you need an ax. And it can also be helpful to make food for energy recovery. It seems that if you put a pig in the fire, it becomes a good roast! Afterwards, is it "profitable" to make these combinations compared to the energy investment? It's for you to see ! The only obligation is going to be to move forward to find all the children (and again, only if you decide to save them all). The majority of the passages are blocked and require to gather several similar elements to advance. For example, here I have to put 2 trees to go up! 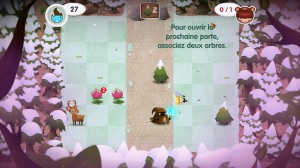 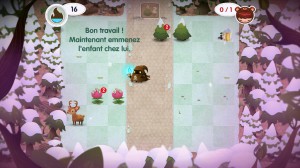 If we enter an object or a character, we trigger reactions. For the characters, identified most of the time with an exclamation point, we can discuss, obtain objects and give them kinds of coins recovered as we go through our adventures (coin, berries, wool ...). By giving them these gifts (be careful, each character has particular tastes), you raise your friendship gauge. There are two ranks, acquaintance and friend, and each one gets a very useful gift for the rest of the adventure. 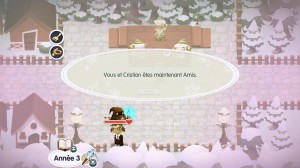 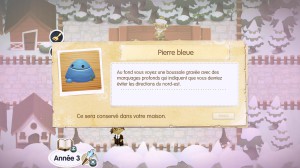 For objects, you have to test everything, whether in the village or in the puzzles because you never know well in advance if an object unlocks a secret or not! In all, 200 secrets are to be discovered, so you will have to be attentive and go into everything you come across! I was talking about making a fire, for example, earlier. For that, you need wood ... and to cut wood, you need an ax! 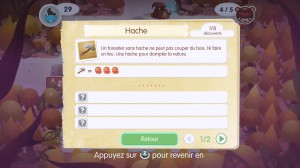 On the other hand, from experience, we must avoid entering certain creatures which are not necessarily friendly and inflict damage on our guy, therefore limiting the number of movements available for the rescue of children! This bee, for example, risks stinging me (well, I admit, I combined its hives to obtain honey, it annoyed her a little)! 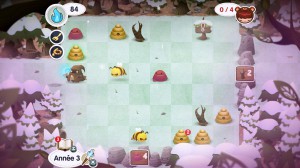 The game is very beautiful, as you may have noticed, and you quickly get caught up in the game in puzzles that gradually increase in difficulty. There is not one solution, but dozens. You can choose your way of solving the situation and adapt according to what you prefer: combine as much as possible, push everything, explore, save the children as a priority ... 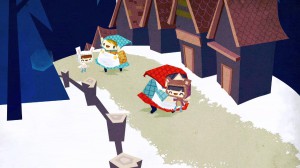 Death is final, we start our career from scratch, leaving no room for error. Fortunately, you can give up at any time if you feel that you are really badly engaged. It is also possible to bind to some kind of altar to avoid death (a good investment from what I could judge). 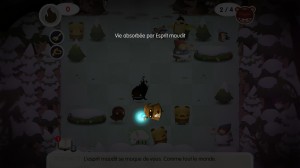 And if you die anyway, or want to start a new career, all levels are randomly generated, which offers good replayability.

All puzzle fans should embark on this refreshing adventure featuring the puzzle in a very enjoyable, story-driven way (can be quickly shipped if that's not your thing). If you like adventure, you will be able to spend some time discovering the history of the village and collectors will definitely want to unlock all the secrets of the world!

One final trailer to show you what the game looks like in action:

And, finally, by way of conclusion, some tips shared by the studio that created the title!

The game has been available since August 6 in digital version on PC (especially on Steam and the official website) but also on PS4 for € 14.99. Note that for a limited time, the game is free for PlayStation Plus subscribers and in promotion on Steam (at 11.99 €).