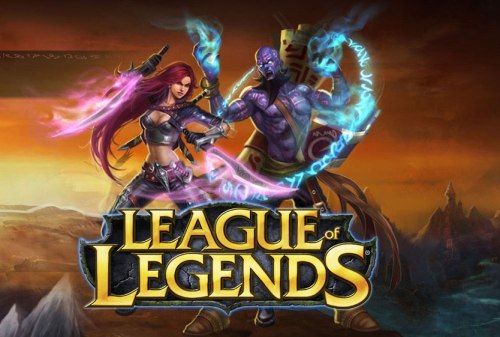 Following a little insomnia, I wanted to share with you a game that I quite enjoy: league of legends

This article will be devoted to the very short presentation of the game as well as the explanation of my roles within the game, month runes, month skills and equipment that j'employ in game. I try to simplify the vocabulary of this game by taking simpler words or by explaining them. If there are still any comprehension issues, please let me know! ?

It is indeed my way of doing things, I prefer to remind you. 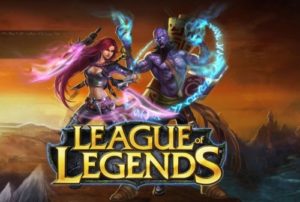 The game is played with two teams of 3 players or 5 players according to two different game modes :

You will understand that there is therefore 3 different cards ready to welcome bloody battles!

At your disposal, a staggering number of champions (104 currently), pages of runes and masteries in order to personalize the way you play and your champions. There even exists different skins to customize your favorite champions a bit more.

The summoner spells will allow you to choose 2 additional spells that will be used by your character during the game.

So you will need play as a team with your teammates in order to win the game. Teamplay, a group game, is very important. Coordinated actions and mutual aid are often rewarded with victory.

To build your equipment, you will need to buy it with gold. This currency can be found on all neutral monsters, enemy minions (also called minions), enemy champions and enemy towers when killed. Certain equipment, runes, and masteries can give you bonus gold.

For the classic game types (Summoner's Rift and Tortured Forest), you have multiple lines of play. the top up, the bot at the bottom and for the summoner's rift, the middle line, le mid. It also exists a jungle between these lines having neutral monsters but let's not dwell on it any longer, the article is dedicated to champion customizations, ie Runes, Masteries and Equipment.

For more information, I let you go to the page Game Info from the official website.

Runes are items that can be placed in specific locations on your Summoner Profile (the Summoner is the player, you). There are 3 types of runes and 1 type of quintessence, the locations of which are acquired as you increase your experience:

At level 30, the maximum level, you will have all the runes et quintessences that is to say 9 per type of runes and 3 for the quintessences; which therefore makes 30 locations, 1 per level.

Within League of Legends, there are several roles, several types of AP and AD players (respectively Ability Power, potency and Attack Damages, physical damage). For example, for Summoner's Rift (5vs5):


My advice for the runes:

Un Support is there to help his Carry AD, so he has to be tough enough, more than his line mate, in order to engage in combat and designate which target to attack. Generally, your support designates the opposing Carry AD which is not very resistant. If you attack the opposing support, you will eat the big damage of its Carry. 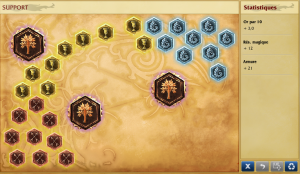 Un Carry AD is there to collect the most gold in order to make devastating equipment. He will therefore need attack speed (AS, Attack Speed), physical attack (automatic attack and skills using physical attack) as well as a little armor in order to resist enemy attacks. 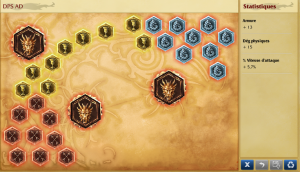 Un Carry ap must collect as much gold as possible from enemy minions as well as by defeating the opposing Carry AP. This role consists of inflicting the maximum damage via his skills. It's a very tactical role where the positioning of his character is above everything. 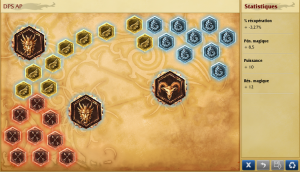 There are countless ways to equip yourself with runes, I will therefore limit myself to these 3 roles. Most of the time, the other roles are variants of these 3 bases.

Le Support will have to continue its fortification in armor and magic resistance. He will also have to improve his summoner spells that are usually Flash, allowing you to instantly teleport a little further in front of your current position as well as Fatigue, allowing you to reduce an enemy's attack and movement speed. Very handy to prevent it from running away or catching up with you. Your role as a support, also consists in posing vision beacons in order to give you the view at this location to warn of the arrival of a possible enemy. These beacons are extremely important, it will be necessary to place them at key points. So also take the point increasing the view of its beacons. A bonus to PO, experience and mana regeneration is also a big plus. 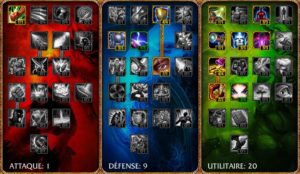 Le Carry AD will have to take the maximum offensive control using physical attack. Armor, a little magic resistance, improvements for your possible summoner spells depending on the enemies opposite. Usually a Carry Ad takes a Flash as well as its support as well as a Healing spell allowing it to heal itself and its support in case of a hard blow. 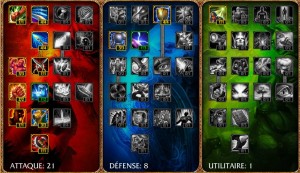 Le Carry ap, him, will have to put the maximum of points in offensive, part power. The improvement of his summoner spells, the regeneration of his mana as well as the vampiric spell is also recommended in order to return to the base less often (Regeneration of mana + regeneration of life thanks to the spells you cast). I did not take magic resistance because I am really very careful with my positioning in part so as not to be trapped by the enemy. So early in the game, I don't need this bonus, so I'm using it in something more important to me. In addition, I already have basic magic resistance thanks to my runes. I will buy more magic resistance then through my equipment. 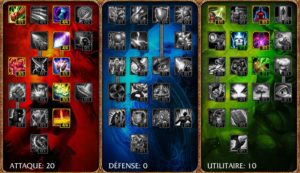 At the start of the game, you have 475 gp for your basic equipment, choose wisely.

Le Support he will have to have equipment to cast his spells more quickly, improve his armor / magic resistance / number of life points, he will need something support his teammate and other playing partners.

Subsequently, you will have to sacrifice your heart of gold and your philosopher's stone depending on the difficulty encountered. For the moment, we have built the base, but here are the situation items:

If you bought all these items and the game is not over ... it's really very rare! See what you need as additional gear that could help you and your allies. A coat of arms of Zeke, a Will of the Ancients ...? You decide.

Do not forget, during the ENTIRE game, to place your markers and visions milestones in key places on the map! It is your role as a support.

Le Carry AD You will need to have equipment designed to do big damage very quickly, improve your armor and collect as much gold as possible for it. Your support will usually let you kill the minions in order to collect the gold once they are killed: this is farming and this is the important point of your role. The more gp you have, the more equipment you have, the more you will hurt your enemies. Also ask your support to get in front of you so that it takes most of the enemy fire (if it is resistant, if not, it stays back!).

Carry AD equipment must be extremely flexible and adapt to the difficulties encountered. If with this, everything goes well, I continue my momentum with:

If unfortunately everything goes badly for you, you will have to equip yourself with items allowing your survival in order not to worsen your score. Each of your deaths brings gold to your enemy!

So try to strengthen your armor and your life points while keeping a paw on your statistics: the guardian angel brings you armor, magic resistance and gives you back your life if you die (5 minutes of cooldown). So go see in the armor part, you will find what you are looking for.

Le Carry ap It will be necessary to have equipment aimed at doing great magic damage very quickly, improving its magic resistance and collecting as much gp as possible for it. You are alone in your line and enemies can come in from many places since you are in the middle. So do not hesitate to put some vision beacons in the bushes next door (the bushes make players stealthy there). I am not going to teach you the rules of SS (miss, that is to say that you have lost sight of an enemy that must have been in such and such a place. For example ss 2 bot means that you have lost sight of the 2 enemies that are supposed to be downstairs, so they can be anywhere, watch out!). Signal if your enemy is no longer visible so that it does not surprise your allies. Play very tactical, pay close attention to your placement and memorize the casting distance of your spells as well as those of your enemies.

I can further increase my power and protect myself with:

You can also upgrade your Hextech Revolver to Will of the Ancients! Which further increases your vampire spell and power. Additionally, the power bonus extends to nearby allies.

There are also other well-known equipment allowing, for example, to completely block the next spell affecting you or to increase your movement speed in addition to your power, but I will let you take a look at the list of these items. because we would spend the night there. Besides the night ... I spend it on this article haha! 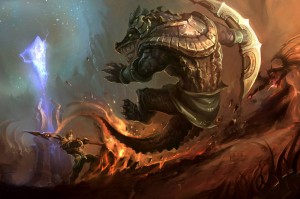 So much for this little guide to the 3 main roles, I hope I have helped you and if the idea pleases, I could always create a few more detailed articles for you on specific League of legends subjects.

For now, thank you for reading me and wish you all a great day!

Please feel free to comment to share your point of view on this article, your own runes and masteries ... We will be happy to discuss it with you.


Do you want to be up to date and know all the tricks for your video games? In gamesmanagers.com we enjoy playing as much as you do and for that reason we offer you the best tricks, secrets or tips for you to play non-stop. We offer you quality content and always updated to keep you up to date. That's why, in our website, you will find not only videogame guides but also tricks, secrets and thousands of tips so you can play to the limit. Are you ready to get it? Enter now and enjoy your videogame!
FFXIV - Races: les Ao Ra ❯