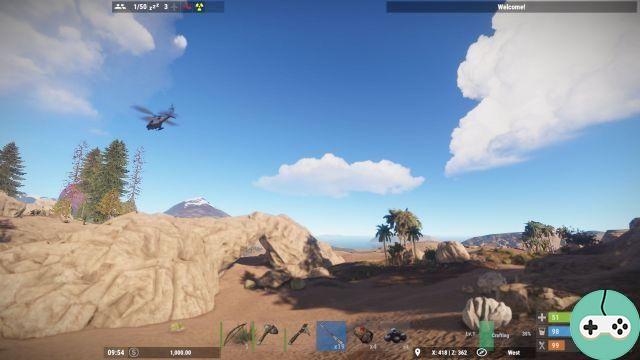 After a long early access phase that has lasted since 2013 and 5 million games sold, Rust is finally released in final version! Yes, yes, like what anything can happen. The opportunity to launch the game to take a look. Multiplayer above all, Rust is played on dedicated servers, you can join the official servers, participate in the common effort of a guild or even rent your own server if you prefer to define your rules. 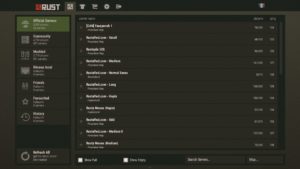 Depending on the configurations and potential mods, you will have more or less initial resources, offering various possibilities, which will change the way your game unfolds. Especially since the maps are procedurally generated, no world is like another. If possible, I advise you to avoid servers that are too crowded to begin with, because you will come across another player too quickly who will probably have no mercy for the poor beginner that you are and your game will end in excruciating pain. . Especially if you admire the landscapes which are of good quality with the graphics pushed to the maximum: shadow effects, grass which reacts underfoot, traces which are imprinted on the sand, day / night cycle, everything is done to be immersed in the wilderness of this post-apocalyptic micro-universe and forget about its deadly dangers. 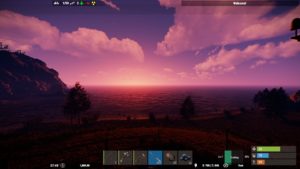 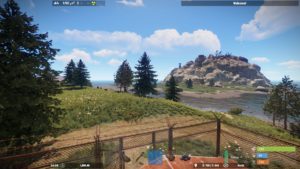 In any case, that's what happened to me, especially since the game does not recognize the AZERTY keyboard. While I struggled to follow the instructions of the brief tutorial which explains how the title works after returning to the office to switch to QWERTY, a nasty gamer stabbed me with his spear. Duration of the game: 3 minutes. It can get disgusting quickly, you can imagine. 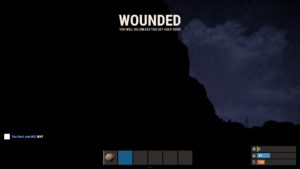 With nothing but a stone and a torch and all naked in the classic version, with clothes and tools on the second server tested afterwards, the goal is always to survive as long as possible, which is why That the servers be reset on a regular basis, from what I've seen in the list, to prevent some from getting too powerful by accumulating an abusive amount of resources. To get out of this, you have to go through the classic process of collecting and then creating objects, while avoiding being noticed until you succeed in creating effective weapons (ax, pickaxe or bow to begin with, up to assault rifle) and protections (clothing and constructions).

To avoid starving and possibly revive your life, mushrooms are lying around in the forests (fortunately not poisonous) which are eaten without cooking, to be picked up by approaching the side and using the E key. wild boar or a doe gallops nearby without being chased by a wolf, catch the animal, it will make easy meat that you will have to cook on a campfire. Once a creature is killed, you must continue to strike to collect the resources of the animal (which is less easy than it seems because the character misses 1 hit out of 2, making the task laborious).

Depending on the case, resources are to be collected directly using E, which causes the element to disappear in the process. Over time, you will notice these elements from afar which do not look exactly like the others in the settings. For other sources, on the contrary, it is necessary to hit (large mineral rocks or trees), which damages the tools, with a management of durability / repair. If you mess up and hit something unnecessary, the interface will warn you. 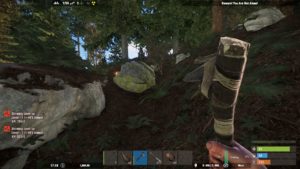 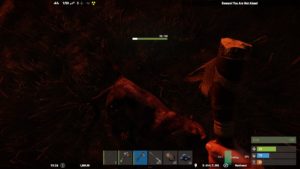 By opening the map with G, you will find noted the places where there are constructions, potential interesting places filled with crates to search ... but also dangerous places where other players with long teeth may lurk. There are also regular air drops ... with the same risks! 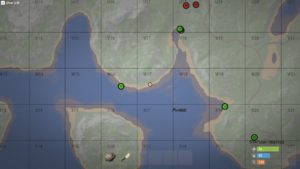 The inventory that opens with TAB is very large, offering the opportunity to accumulate a lot of things, it does not seem limited in terms of weight, but rather in the number of recoverable batteries, each battery can be charged to the maximum. It should always be borne in mind that in the event of death, everything is lost (hence the interest of putting containers hidden from other players to store what must be and avoid the unfortunate consequences of a accident). A sleeping (= disconnected) player also becomes an easy target for any player passing by who can help themselves, so never leave the game without getting to safety! 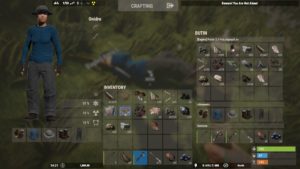 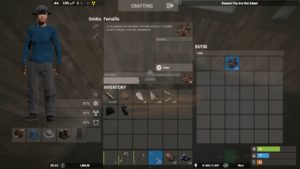 To create things, it goes through the crafting system (Q key), with a fair amount of items accessible from the start using basic tools. If all the necessary resources are in the inventory, one click, and the creation process starts in the background, no need to stupidly wait for it to end while watching a bar advance. The interface also facilitates the task by displaying by default the objects for which we have the components. To use your new creation, you have to put it in its shortcut bar in the center, otherwise it will automatically join the inventory for later use.

There are special stations for creating more advanced items (workbenches) while others are for recycling and repairing. They create themselves through crafting, or, if you're lucky, you can find them in some buildings around the world (with the risk, in this case, of meeting bad people ..). 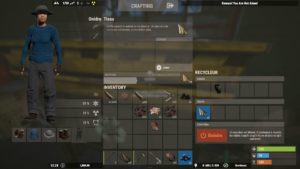 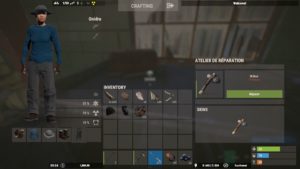 Special items can be found in some boxes while searching the world, diagrams detailing new items to be created. This opens the way to a possibility of collaboration between players in the event that some prefer to haggle rather than hit! Well, from my experience, it's not won ... 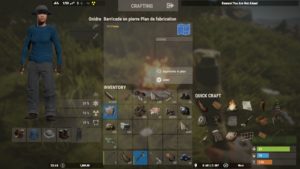 I spoke about it in the introduction, you have to survive ... which turns out to be very complicated. There are already other unfriendly players who abound even if you can, if you prefer, expatriate to a deserted server, or even try your luck in a remote corner far from everything. Then the wolves who like to eat the calves of reckless players so much on all the survival games that exist (my nasty encounters on Life is Feudal still give me a cold sweat!). As if that weren't enough, bad guys in helicopters patrol the skies, firing on sight. Each death gives the opportunity to see reason and reappear in a random location or where you have a sleeping bag. The opportunity to resume your game, without all your items in inventory to discover a new brutal way of dying! 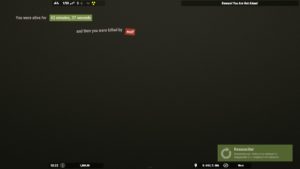 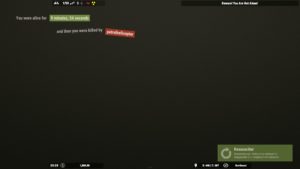 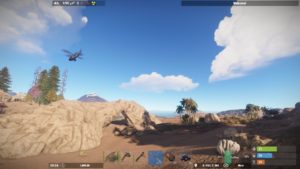 If you want to survive, the initial objective, once enough food is collected, is to equip yourself with a small house (by creating a plan and a hammer), and improve it as much as possible. To avoid being assaulted while sleeping, you must install a door with a lock. A tool cupboard is finally necessary to claim the house and make it his own. Add the sleeping bag for the respawn, as well as some containers to deposit your resources and you already have something to see coming! All that remains is to hope that no one discovers your pretty camp and ruins everything ...

Often annoying, Rust is a survival game to be enjoyed in good company, with friends, on your server, as games of this genre often do. If you attempt the adventure on a public server, you will die helplessly and have no fun. On the other hand, if you are planning a new adventure, bored with Life is Feudal or even Ark: Survival Evolved, the adventure will take a whole new dimension, especially if you all launch out at the same time and play together the quest for resources, create balanced camps, and even collaborate all together in the face of the environment.

In addition, although already benefiting from a very complete game, the developers continue to update Rust relentlessly, they communicate via a roadmap detailed on their official website where you can see the status of each task, with patches scheduled each month. There is still a lot to come, so good, no risk of investing in a stillborn game that will leave you with your bugs.

How long will you be able to survive?


Do you want to be up to date and know all the tricks for your video games? In gamesmanagers.com we enjoy playing as much as you do and for that reason we offer you the best tricks, secrets or tips for you to play non-stop. We offer you quality content and always updated to keep you up to date. That's why, in our website, you will find not only videogame guides but also tricks, secrets and thousands of tips so you can play to the limit. Are you ready to get it? Enter now and enjoy your videogame!
GW2 - The Way of the Brambles is available! ❯