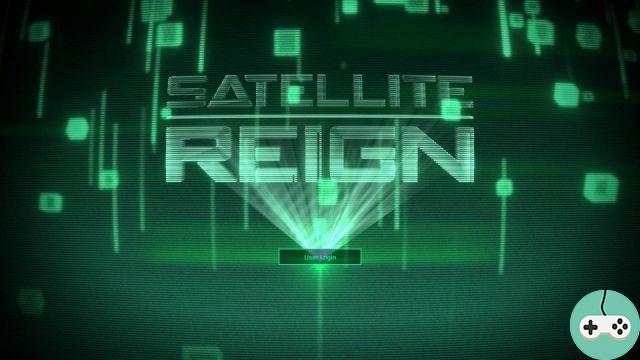 Satellite Reign is a real-time, cyberpunk open world strategy game. The developers were nostalgic for the original version of Syndicate, released in 1993, and offer us their version of this cult game. 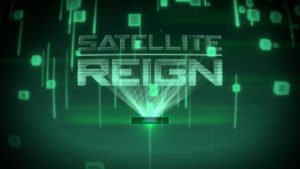 The game begins with the choice of a name, as well as the color and the name of the company among 36 logos and 12 colors offered. A cutscene follows to get us in the mood. 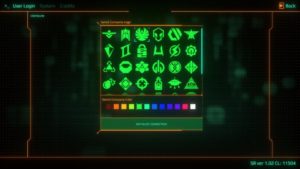 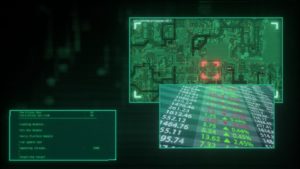 I'm in an urban area, it's raining ... Not very cheerful to start an adventure! The tutorial informs me of the different possible actions: right double-click on a point to quickly reach it, the possibility of zooming with the wheel, or the space bar to draw. But also how to use the scenery to hide behind, or to take cover when I have to use my weapons. Besides, it does not take long! I get rid of a guard and take the opportunity to recover ammunition and various items. 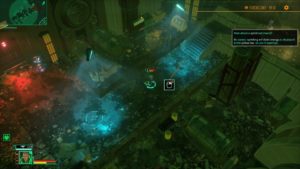 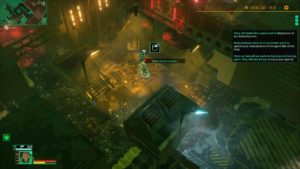 In order to be able to move on to the next zone, I have to deactivate the security system. 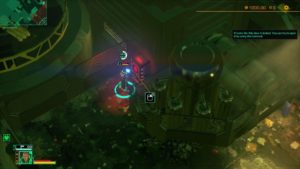 By activating a relay, a teammate joins me. Rather practical, he has a skill that allows to see the environment in another form. 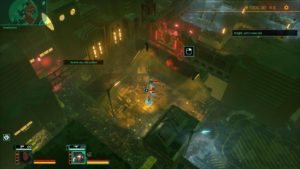 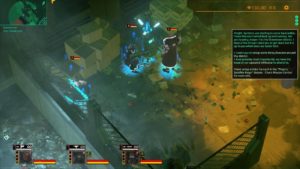 I have to deactivate the two security systems to move on, another guard who passes away ... You didn't see a thing! Hop, take a ride in the elevator. The next system requires the skill of a hacker, I have to use the special skill of my second agent in order to find the right person. This person asks me $ 50 for a security pass that will allow me to recruit a third sidekick. I need his hacking specialization to move on to the next area. 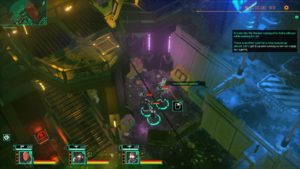 The door passed, I find again a relay point. This allows the purchase of equipment, including silencers, or sniper rifles. To do this, you have to go through the gear at the top right of the screen, choose Loadout then Weapons. 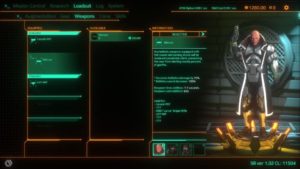 I climb on a platform to take a zip line. My 3 agents comply, but one has inadvertently slipped. How awkward, this is not the time! Time is running out to revive him. 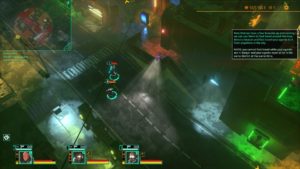 Two doors crossed, three guards "erased", I must now take care of a security camera to deactivate the next system. This being done, I arrive in Downtown. There, a mission is activated but, the game being in principle "sandbox", I have no obligation. 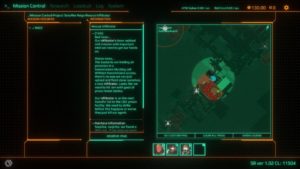 Despite everything, it turned out to be wise to accomplish it because this mission allowed me to complete my team, now made up of 4 men with varied skills and necessary to advance in good conditions. There are 7 or 8 of these skills depending on the character, each allowing their team to evolve as they see fit, and all skills do not have the same cost. It takes a relatively long time to acquire them. 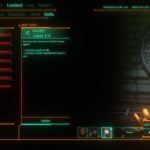 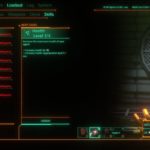 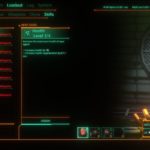 It is also possible to equip yourself with other weapons, or armor, which bring benefits, or simply to customize the color (s). Who says having all-pink armor isn't trendy ?! 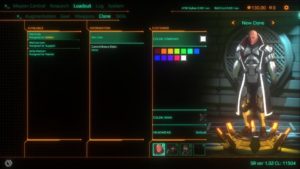 Rather useful for replenishing the cash registers, the pirate makes it possible to embezzle money from distributors. Of course, for this to take place in the best possible conditions, you must first check that there are no police in the area and deactivate the cameras if necessary. 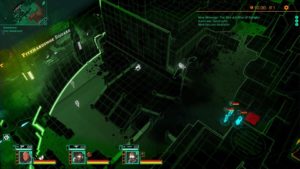 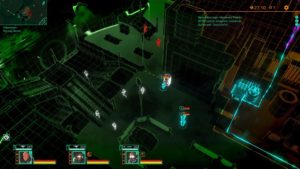 Even if the game is sandbox type, it is nevertheless interventionist because there are a lot of missions, necessary to advance my different characters in their skills. The game is plagued with little bugs that can get annoying or ... life-saving. The AI ​​is particularly quite "fun": taking an elevator allows you to get rid of pursuers who are incapable of understanding how to reach me, circling around the building to find a way.

During one of the missions, I also encountered an annoying point: my character located on the far right on the screen below got stuck in an area that I cannot get him out of ... 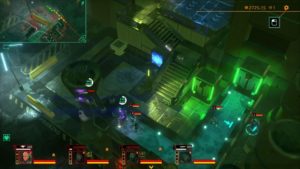 Despite everything, Satellite Reign remains really pleasant, graphically successful with a soundtrack in adequacy! You can find it on Steam from 27.99 €.

And, finally, the trailer:


Do you want to be up to date and know all the tricks for your video games? In gamesmanagers.com we enjoy playing as much as you do and for that reason we offer you the best tricks, secrets or tips for you to play non-stop. We offer you quality content and always updated to keep you up to date. That's why, in our website, you will find not only videogame guides but also tricks, secrets and thousands of tips so you can play to the limit. Are you ready to get it? Enter now and enjoy your videogame!
ARK: Survival Evolved - Three new creatures and more ❯