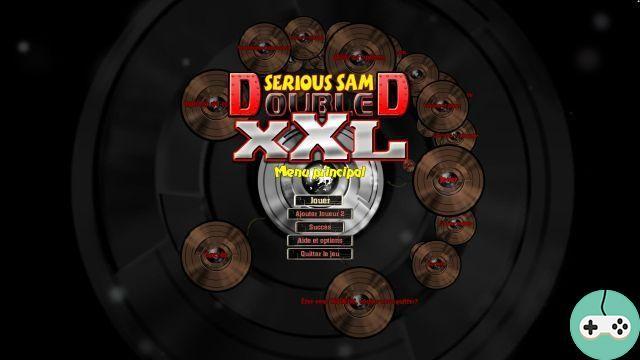 So, let's be clear, despite what the title might suggest, no I'm not going to tell you about a new brand of bra, on the contrary. The hero I am going to present to you is more of a manly style, very manly ... even a little macho around the edges.

So here I am to tell you about this game, Serious Sam Double D XXL. A sort of remake in fact, since the initial title was released in 2011. Its 2013 version offers slightly revised graphics and above all a Cooperation mode. Note that both versions are playable.

Serious Sam, but who is it? He is a character who appeared in 2001, in a game that is meant to be as nag as it is fun to play and, whatever his name may say, who does not take himself at all seriously. Usually used to very crazy and very nag FPS, it is however in another style of play that we find this time this anti-hero. 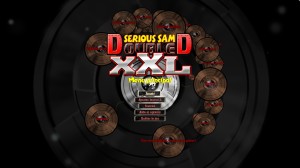 Serious Sam Double D XXL contrasts radically with the first person view, to offer a side scrolling adventure (yes, yes, I am an old man of the old me). Understand by this that the character moves on a horizontal axis, and not in a 3D universe. A bit like Mario if you prefer. Finally, a Mario who would have taken a large cocktail of substances not well recommended for health. Or a bit like Metal Slug (which I had already tested for you here) for Neo-Geo lovers. 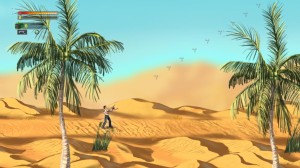 The player will therefore move Sam in a chain of levels that will have to be crossed by avoiding the traps and knocking out all the enemies in his path. Nothing very original of course, but the completely barred universe of Serious Sam is so pleasant to navigate that weariness takes a long time to come. A small secret passage here, another there, the game even allows several paths to be taken to find the end of the level. 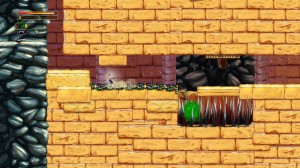 The real originality of Serious Sam is the possibility of stacking weapons. Over the course of the game, you will collect "stackers" which will allow you to link several weapons together to make only one. For example, combine a machine gun with a grenade launcher and a pump shotgun and you end up with a strange device that may make enemies think twice before attacking you ... well, no, they are a bit morons, they rush at you anyway. But you will have something to show them that you shouldn't be looking for you.

A small example? Look what it looks like when I combine: two submachine guns, a shotgun, a grenade launcher and a chainsaw. 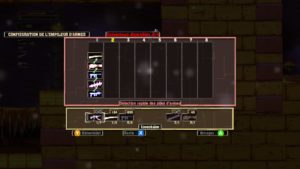 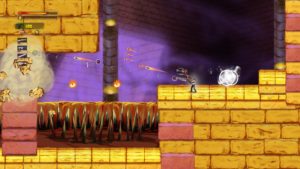 On top of that, you can buy upgrades from a merchant, allowing you to become an even bigger war machine. 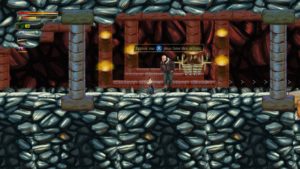 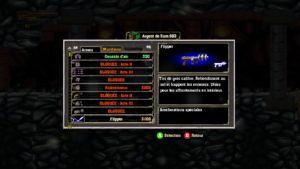 An arsenal that will not be too much to overcome the hordes of enemies of all kinds that will assail you: headless bodies armed with grenades and bombs, monkeys equipped with jetpack, misshapen things that rush at you and certainly not to kiss you. 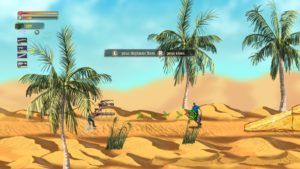 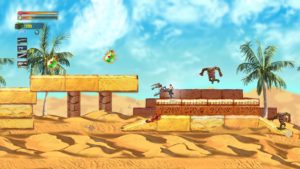 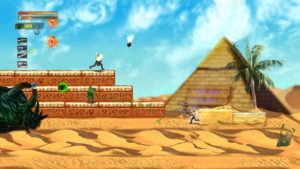 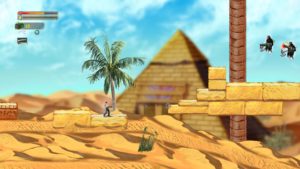 And of course with the traditional end bosses who, even if I like their style, don't represent a huge challenge either, too bad. 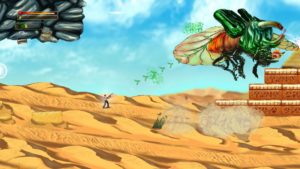 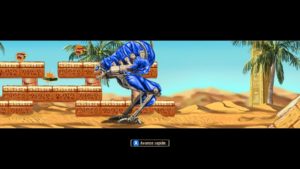 Some sequences will still vary the pleasures a little, in particular one in a jet snowboard which, even if it is quite short, will come at the right time to diversify the gameplay a little. 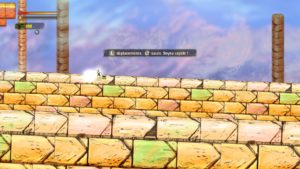 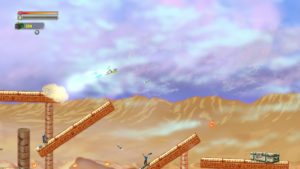 And casually, despite a nagging side assumed, for some passages it will take a little digging the brains and show skill. For example, the one where you will have to zigigrate everything that passes in order to pile up corpses, and thus be able to jump on the platform further ... Okay, said like that, the "I'm digging my brains" side is very far, but you have to think, I assure you! 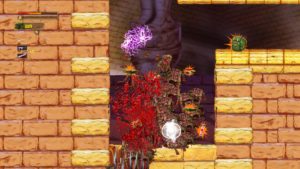 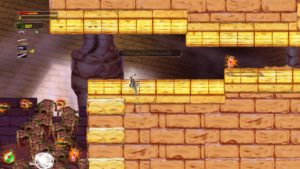 In conclusion, Serious Sam is a good little escape, a good moment of nostalgia for lovers of games from the 80s and 90s, and which will also allow you to have fun together, and that's still ultra-class! You can find the game for € 9.99 on Steam.