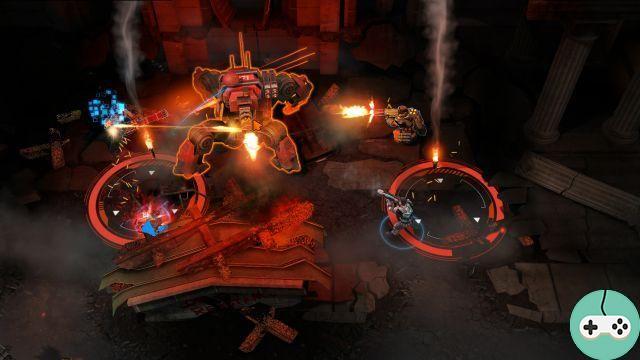 Shards of War is a futuristic game developed by BIGPOINT, a new generation MOBA: the battles are dynamic, there are health points between the turrets and supply crates in different places on the map. No need to go back to the base to buy, you will have to create the items before the game and select the ones you want to use. They will unlock during the levels. As in Heroes of the Storm, this is a team level, not an individual level.

A portal has been opened. Sentinels of Alternate Realities have entered the Empire City battlefield. Some want to close the portals and restore order, others want to make sure they never come back. 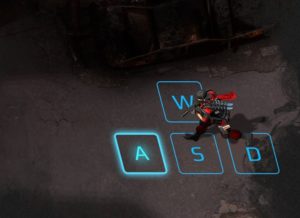 Shards of War renews character control in MOBAs with a top view. Indeed, you should not click, but use ZQSD to move around. Right click is used for a spell and left click is used for self-attacks. Be careful, you will have to aim and leave clicked to shoot. As in SMITE, auto-attacks will hit the first enemy. 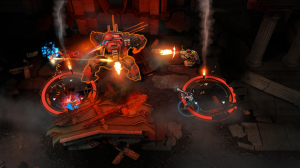 In play, two teams of five players meet. While battling drones, towers, and warriors, players progress towards their opponents' base and seek to destroy their headquarters. Destroyed buildings do not respawn and Headquarters does not regenerate. The jungle drones, or rather the city slums, when destroyed, will release a crate of life and fight for you. 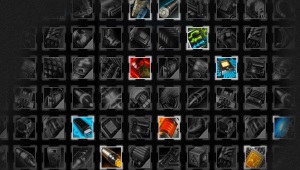 Note also that there is no in-game store but the items must be crafted between games. There are 6 levels of items and you can do 3 per level. You will need to choose 1 during the game at levels 1/4/7/10/13/16. So there is no gold to be gained by killing drones but only experience for the team level. To create these items, you will receive materials at the end of the match or by completing daily missions, such as winning 2 games with a healer.

As with League Of Legends, there is one character rollover available per week. They can be purchased with in-game or real money. On the other hand, for the skins, the credit card will be necessary.

This MOBA is a good compromise between League Of Legends, Smite and Heroes of the Storm for movement, team level and item management (ization).

Will he get everyone to agree?

As the game is currently in beta, some elements are subject to change, so this article will be updated accordingly.