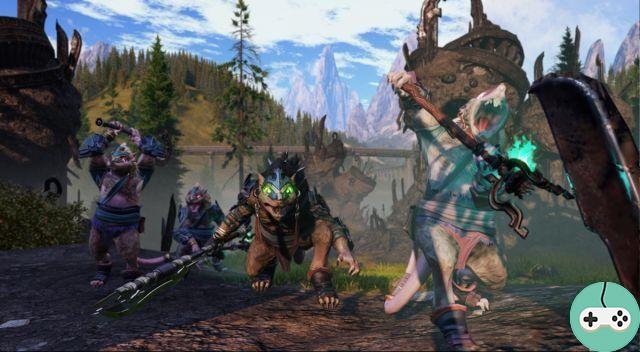 Like many MMOs, enemies will have different types of action depending on their class. In Skyforge, these enemies will be symbolized differently to make your life easier. You can easily determine the class of your opponent by examining the mark above him, or to the left of his life bar when you have targeted him.

There are currently 5 classes of enemies (I literally translated the English names, just for reference):

These are the most common enemies. Usually in groups, they have little health and only have a single contact auto-attack. They inflict on the other hand quite heavy damage and, if a group of several arrives in your contact, you will have to quickly kill them, control them or flee, otherwise you will pass very quickly.

Having more health than minions but less than others, they will instead focus on helping other enemies, ie healing them, increasing their damage or protecting them with shields. They can also target you with avoidable attacks causing damage or block you. It is generally my priority target in a group.

This type of enemy will try to kill you, quite simply. It has a self-attack as well as a fairly powerful cast attack that you will need to avoid as much as possible. I pass over it as soon as I have finished the enchanter (s).

The em *** dor par excellence. It is a bag of points of life, which does not hit very hard, but whose only purpose is to control you. I kill him last, but I always keep an eye on what he's doing, he's always going to try to block or incapacitate you.

More health than normal enemies, you'll have quite a few powerful attacks to dodge if you want to triumph.

Lots of attacks to avoid, a lot of different and varied mechanics. Some may give you a lot of trouble.

In Skyforge, there are no healers. There is however a way to recover a small portion of life. Indeed, apart from the minions, all enemies will drop a small yellow orb when they die which will restore you to some life if you pass over it.

For the bosses, they have several life bars, as soon as you finish one, an orb of life will spring from the boss. Be careful, these orbs will disappear after about twenty seconds. It's an interesting mechanic, especially in a group, where you have to decide who will pick up the orb. 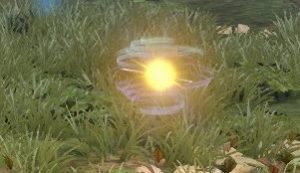 To conclude, fighting against groups of enemies will require special attention so that you can avoid their powerful attacks which are rarely accompanied by telegraphs displaying the dangerous areas.

Combined with the action-oriented combat system, this gives us very dynamic and never trivial clashes.


Do you want to be up to date and know all the tricks for your video games? In gamesmanagers.com we enjoy playing as much as you do and for that reason we offer you the best tricks, secrets or tips for you to play non-stop. We offer you quality content and always updated to keep you up to date. That's why, in our website, you will find not only videogame guides but also tricks, secrets and thousands of tips so you can play to the limit. Are you ready to get it? Enter now and enjoy your videogame!
AuroraBound Deluxe - A relaxing puzzle ❯

SWTOR - The State of the Czerka Corporation