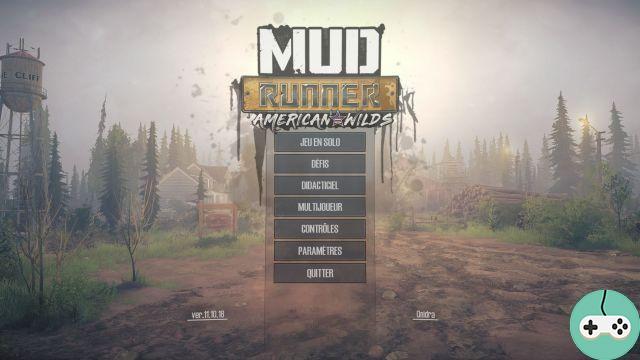 It's kind of my guilty pleasure. Despite their flaws and in particular their sometimes capricious physics, I love simulation games where you have to drive large construction machinery or agricultural machines and tractors, and go to repair roads, transport things or plow fields, the all in a large open world. Spintires: MudRunner is in this genre, placing it here behind the wheel of off-road machinery. It was on the occasion of the release of the new expansion called American Wilds that I was able to touch the game, which had been tested on the occasion of its release by Azashar.

From the menu, the tone is set, with a change of interface to American colors: 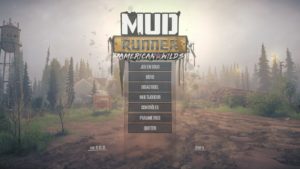 If you've already mastered the tips and tricks of the perfect extreme trucker, you'll be able to jump straight into the new content, which includes new vehicles and two maps. But if, like me, you are launching the game for the first time, it is advisable to start with the challenges for a better handling of the vehicles, with guides and explanations on the steps to follow, unlike the single player game where nothing is explained. 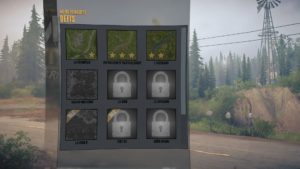 Especially since the grip is not easy, the vehicles are big, heavy, and skid easily. The terrain is not there to improve things, with pebbles, mud puddles, fallen trees, stumps ... The slightest error creates a collision, with damage management that impacts the appearance of the entire vehicle. as much as its performance, making it almost unusable when less than 25% of its health remains. In the simplified mode of the single player game, the vehicle returns to the nearest garage, but this will almost systematically cause the challenges to fail. I'm not even talking about the simulation mode where you will in this case have to come with another vehicle to repair it. 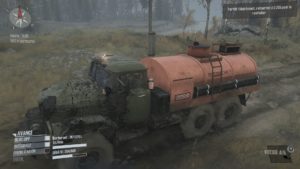 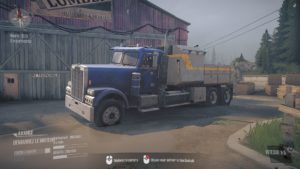 Playable both on the keyboard and on the controller, I personally preferred the keyboard, but the two are equal. Beyond the classic acceleration and braking, the handbrake and the locking or not of the all-wheel drive and the differential are managed. On these last two points, I admit that I activate them systematically because, even if it increases fuel consumption, it offers much better control. 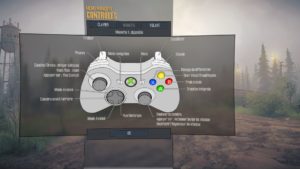 Of course, there is also the essential horn to scare off birds and the headlights for driving at night. The hour scrolls in effect in accelerated mode, with a day / night cycle, the night can be zapped in solo play against a little gasoline. The weather is also dynamic, with rising mist, but I didn't have any rain.

If necessary, the automatic gearbox switches to manual mode but, apart from going up steep hills, this is generally not of great interest, especially since there is already enough to do with the steering not to add too much. 'other things to do. 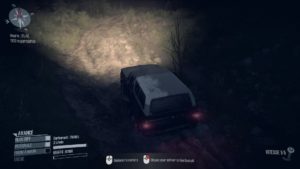 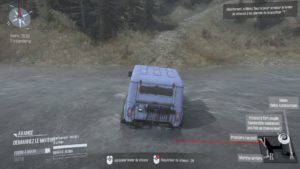 The view alternates between the interior of the vehicle, sometimes more practical than the view at the rear, which is quickly cluttered when the cargoes are too large. On the other hand, as soon as you have to back up or make maneuvers, or take small paths, the outside view is essential (the reversing camera does not exist). 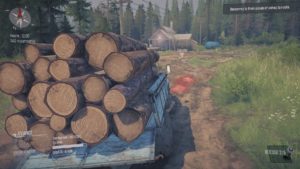 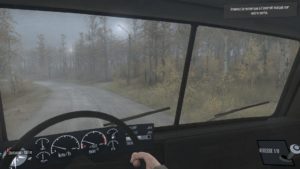 Finally, the winch is THE solution to most problems. By intelligently choosing the anchor points at the level of the stuck vehicle and the scenery, or even by bringing another vehicle to pull it if there is no catch within range, it comes out of the mess of vehicles stuck in the mud or unable to cope with too great a climb. 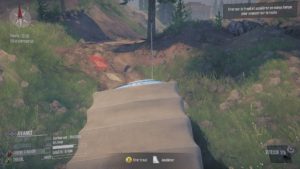 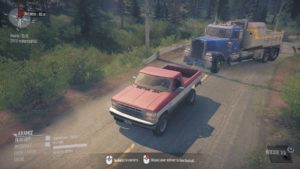 From the garages, modules are installed on the vehicles, which allows them to transport wood, repair other vehicles or even bring gasoline. In simplified mode, gasoline does not come down very quickly, and there are more than enough gas stations not to be in trouble. 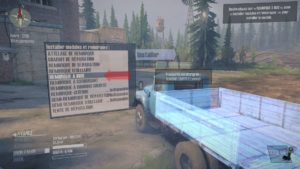 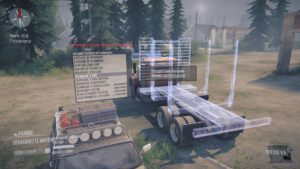 Nine new vehicles are added in this DLC, knowing that by default only 4 are unlocked, the others are unlocked thanks to the progress points obtained by completing cards. Among the cars, the Chevrolet as well as the Ford are good at scouting and getting trucks out of trouble with the winch, with a preference, however, for the more maneuverable Chevrolet.

For carriers, neither the Ford nor the Chevrolet are all-terrain, which poses huge concerns on the two American maps which force to take muddy roads. I therefore advise you at the beginning to use one of the Russian trucks, the time to be able to unlock the Western Star 6900XD, an excellent truck which on the contrary goes everywhere. 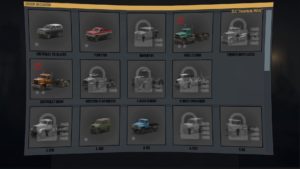 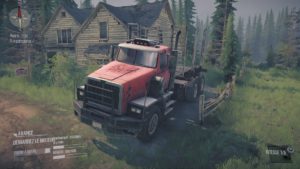 Two new play zones in American territory are proposed: Grizzly Creek (unlocked by default) and Mont Boismore (to be blocked with progress points). As with the previous ones, each map requires you to unlock all viewpoints (which removes the fog of war from the area around), bring in garage points to unlock an additional garage, and deliver enough logs to each sawmill. (8 per sawmill).

The first step on a new map is to observe and unlock the viewpoints, to study the best places to go with the logs because, even with an all-terrain truck, it is important that the road remains passable, especially more with a trailer. Then, bringing back garage points does not take much time, and can save a lot later with garages spread around the map. Then the delivery of the wood begins. With trucks capable of transporting around 6 to 8 units per trip, it's about 3 round trips between a loading station and a sawmill. Allow about two hours per map, more or less depending on the hitches. 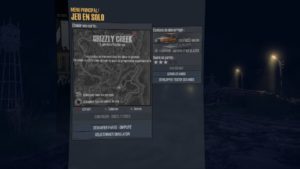 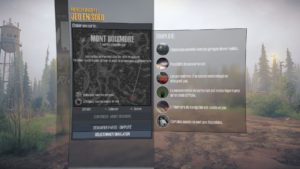 Grizzly Creek is cut in two by a river, which requires crossing one of the three bridges. Except that only one is open to trucks carrying logs and, of course, the loading spaces are on one side, and the sawmills on the other. The road is therefore very long, forcing you to go all the way around to access the sawmill. Mont Boismore has a lot of muddy terrain, and one of the loading spaces is in the middle of a very rugged area, with tree stumps. So either we take the risk of going as close as possible to the sawmill, in a place where trailers pass with difficulty, or we go to the other more accessible station, but much further away.

The important thing, regardless of the card, is above all to start with the two correct vehicles, even if additional vehicles are subsequently given on the card. Because without a good all-terrain transporter, it becomes necessary to use the loader and the crane to bring the logs to the trucks that remain on the road. And that requires a great mastery of the crane that not everyone necessarily has! 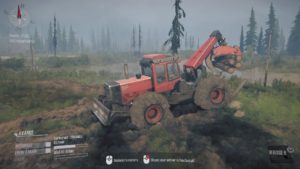 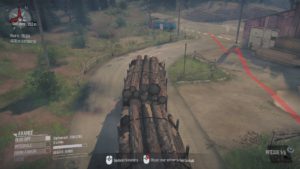 Expect to rage, your truck will get stuck a few tens of meters from the sawmill, you will miss a turn and end up in the ditch, your trailer will come loose after a too tight turn, you will get lost in the trees to look for a point of view or to get stuck in the vehicle coming to pull the first stuck vehicle ... 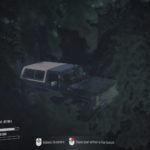 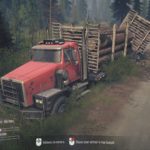 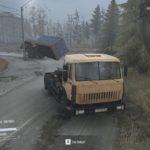 Picky about details, Spintires: MudRunner is nonetheless an excellent driving simulation game in extreme conditions, and the American DLC (American Wilds) adds content that will appeal to old and new pilots. If you've always dreamed of hauling lumber through American forests and aren't afraid of a bit of mud, you'll be able to pick up this independently sold DLC for € 9,99. Otherwise, there is a € 29,99 package, containing the base game, and the two previous DLCs, The Ridge (La Crête) and The Valley (La Vallée).

add a comment of Spintires: MudRunner - In American Mud with American Wilds