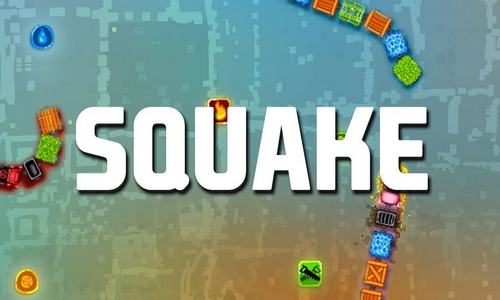 Azashar introduced us to Squake a few days ago. My opinion differing somewhat, let's take this opportunity to go into the details of the game's mechanics and give you some tips to complete the Steam achievements. 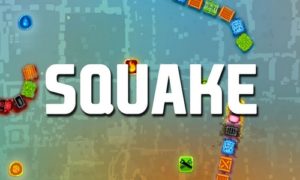 Heavily inspired by the latter, Squake is just as addicting as Snake was back then. The games are short enough not to dwell on them when you have other things to do. However, sometimes they can last longer, such as during frenzied matshs, especially in flag capture mode. Understand that it is also possible to spend several hours there without seeing the time pass. In addition, to break the monotony that can result from this fact, Squake has 4 game modes spread over 10 different maps. Each card has its particularities and brings its share of problems to manage. 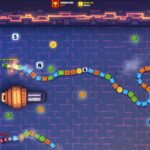 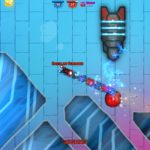 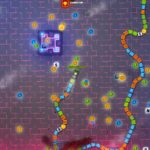 However, despite this very attractive gameplay, well constructed and supported by a graphic charter adapted to this type of game, Squake has two "big" flaws from my point of view, flaws to be taken with a grain of salt. Its soundtrack is quite simply distressing as it becomes irritating due to the time spent in game. Indeed, there is in all and for all a soundtrack for all the cards and even worse, the soundtrack of the menu is a component of this soundtrack. So everything is going at the same pace no matter what you do. Did you think that it would be enough then to cut the sound and put your own music in the background to compensate for this defect? Nay! This has not been considered at present and using the "mute" option also amounts to muting the sound effects. Sound effects which are very adapted to the gameplay and which help to locate oneself so much they are relevant because sometimes a bonus appears right in front of you without being able to see which one. You can just as easily trust the indications at the top of the screen allowing the follow-up of the bonuses but I much prefer the sound effects for the advantage given in reactivity.

The second fault in my eyes is more annoying because it impacts the playability. During certain parts it sometimes happens that the train dies in a vacuum for no apparent reason or turns without a given order. It is possible that it comes from the game, my hardware or my connection but having no comparison possible I consider that it comes from the game. It seems all the more relevant to me that a recent update included a resolution of certain problems and the effects of which have marked a reduction in the frequency of occurrence of this bug. The game being released recently, however, it remains relatively normal to have some performance issues and the follow-up is more than encouraging. Small tip if this happens to you, go back to the menu, even if it means resetting your statistics and losing the rewards for this part, this will solve the problem.

My general opinion is therefore divided between a rather negative side on the background sound for its repetitiveness and the few visible performance problems and, on the other hand, a dominant positive side concerning the gameplay and the progression in the game.

Now let's move on to these two concerns that don't prevent me from spending several hours on the game and let's focus on the mechanics of bonuses and quests which are very closely related. The quests are visible to the left of the home menu interface. They are three in number and are there permanently. They are repeatable so once you have completed a quest another will replace it. To date, I have not observed any limit to this. The first quest is usually linked to a card identified by a cup. 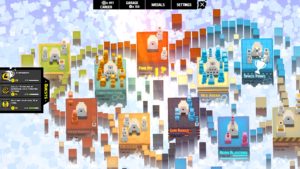 You will need to play this game mode to complete it and complete an objective. For example you may be asked to:

Likewise, the following quests can be linked to a map but this is not systematic and it is not indicated. They also more often require a repetition of several parts to be completed. For example having only wagons of a certain color, ending up with a certain rank in the ranking .... In short, lots of quests to be carried out. These objectives will earn two rewards. The first is the possibility of completing medals, some of which are linked to Steam achievements. The second gain is more interesting since it constitutes in tokens used to improve the bonuses that you will find on the ground via the garage tab. 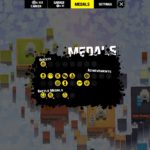 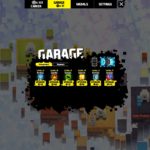 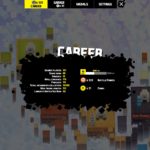 In addition to this you will have access to the "career" monitoring tab. This is quickly said since, apart from a few statistics such as the number of games played, there is not much of interest to follow. Your career is made up of an experience bar and levels whose passage does not earn anything. It may be useful when building teams of players but I have not yet seen enough people for it to have a real impact.

As usual with steam games, achievements can be completed. I will only mention a few:

And finally, here are some overviews of the different cards. 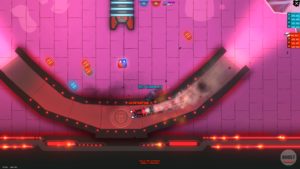 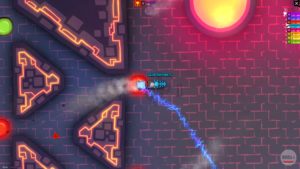 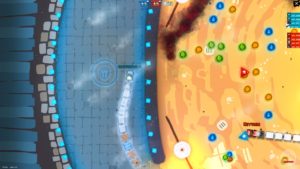 add a comment of Squake - Steam mechanics and achievements