This week is dedicated to the animation of the non-player characters who inhabit the universe and who will appear in 3.0 (great!: D)

They test Star Marine daily internally and the Evocatis continue their tests on the new flight model.

The first person shooting module will be tactical and strategy oriented. It should therefore look more like a Rainbow Six or Arma, than a Call Of Duty or Battlefield. The players will have to move forward as a team and with caution. The matchmaking should for its part look like what we find on Overwatch for example. The 2.6 will also change the flight model and bring its share of correction and balancing. 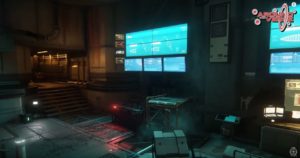 On the animation side, the objects they created become standards for other objects of the same type. For example, the refectory table is a standard for the other tables, the way in which the character should position himself in relation to this object etc, it is a considerable time saving for the future. Each animation is recovered then sequenced in input, cycle and output. Always with our refectory table, the character sits for the entrance, eats for the cycle, and gets up for the exit. They can then associate several sequences with the same activity, thus giving several ways of sitting and washing, or eating, drinking, coughing, discussing, consulting their mobiglas, etc. This brings diversity to make these activities more natural. They thus show us the example of a refectory, of the surface technician (yes, the sweeper) and of a character who rests but changes position from time to time. All this brings credibility and a very deep immersion to the game. They indicate that the non-player characters interact with the objects, and that it is therefore possible to give the player the possibility of doing the same thing using the same animations. . 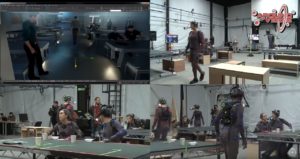 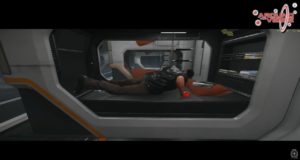 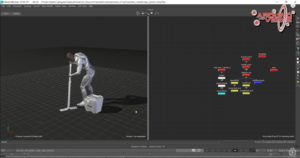