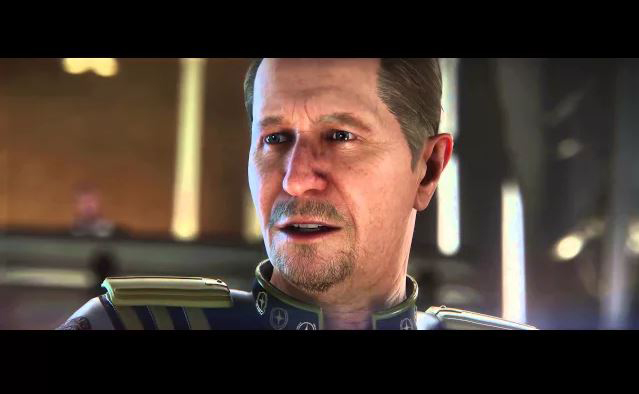 This summary poses the overall history of the game to know in what context we play. Squadron 42 will take place in 2942 while Star Citizen will start the year of its release over 930 years (currently 2946).

By 2075, the first RSI motor can travel at 1/100 the speed of light. It allows humanity to travel through our solar system with relative ease. In 50 years, Terraforming technology is patented and the first attempt begins on Mars. A catastrophic failure causes an atmospheric collapse where more than 5000 souls are killed in the infamous "Tragedy of Mars". A memorial is erected following a second successful attempt.

A new version of the RSI engine is created, making it possible to travel at 1/10 the speed of light. As spaceships are commercially available, more ships are exploring our solar system. The Artemis was launched in 2232. The first attempt at manned space flight to the nearest system, it is also the first in a series of ships to disappear in the "Nero Triangle". We will learn later from Nick Croshaw that it is in fact a jump point leading straight into the Croshaw system.

Thanks to this discovery, the Croshaw system is terraformed and will serve as a starting point for galactic expansion. It was at this same moment that UNE, the United Nations of Earth, was created. Some time later, in 2438, the first contact with a Banu took place in the Davien system and the first treaty of peace and galactic trade was signed.

In 2523, as our expansion continues with the recent colonization of Terra, 70% of humans live off Earth and believe they deserve equal representation within the system. The UPE, the United Planets of Earth, succeeds the UNE, headed by a High Secretary, a High General and a High Magistrate. We discover the Xi'An Empire 7 years later as we are about to begin terraforming in their territory. A form of cold war sets in, with occasional casualties, but no open conflict.

The UPE established contact with the Tevarin in 2541. They struck first and then began the First Tevarin War, where Colonel Ivar Messer, a brilliant and ruthless strategist, distinguished himself at the Battle of Idris IV. The war will last until 2546, when Messer, now promoted to commander, brings the captured leader Tevarin to the UPE tribunal and ascends to the title of High General. It didn't take long to restructure the government into a new United Empire of Earth (UEE) and calling itself Imperator, ushering in an unprecedented age of expansion and colonization.

The Second Tevarin War will last from 2603 to 2610. The Tevarins have spent their last 50 years building their forces for the sole purpose of reclaiming their home world Kaleeth (renamed Elysium IV). While some humans may support their cause, the UEE is not ready to give up its territory. Realizing that they cannot win, the Tevarins decide to make a desperate final effort to scuttle their ships on Elysium IV.

Senator Assan Kieren de Terra publicly denounces the pro-military agenda of the UEE and the unconditional support of the military-industrial complexes. He calls for a new vote of the sovereignty of Terra and its neighboring systems. The Imperator Messer XI launches the UEE's brutal propaganda machine to discredit and destroy Kieren, who disappears shortly after 2638. This situation will continue to deteriorate, with the appearance of the Vanduuls in 2681, but will last until all the same. in 2789 where, in a daring act of defiance, peace is independently negotiated with the young Emperor Xi'An Kray by Senator Terrence Akari of Terra, who refuses to enter an open war. Terra blames Earth for being imperialist and having too little vision.

In the wake of the Garron II massacre where a terraforming corporation wiped out an alien race in the atmospheric process, the Imperial Family is overthrown. The “Fair Chance” Act was ratified in 2795, the Ark was built in 2800 and the SynthWorld work began in 2872.

Currently, The SynthWorld project is moving slowly and draining the economies of the Empire. This is the time when our research begins to go beyond our comprehension. The disparity between rich and poor is reaching the biggest divide ever, and the poor are responding with growing frustration. Vanduul attacks are increasing in frequency and the UEE doesn't seem to be paying attention. In response to these attacks, Admiral Ernst Bishop prepares to speak:

(The following video was translated by me, just activate the subtitles directly on the video)


Do you want to be up to date and know all the tricks for your video games? In gamesmanagers.com we enjoy playing as much as you do and for that reason we offer you the best tricks, secrets or tips for you to play non-stop. We offer you quality content and always updated to keep you up to date. That's why, in our website, you will find not only videogame guides but also tricks, secrets and thousands of tips so you can play to the limit. Are you ready to get it? Enter now and enjoy your videogame!
SWTOR - Swords of Light ❯