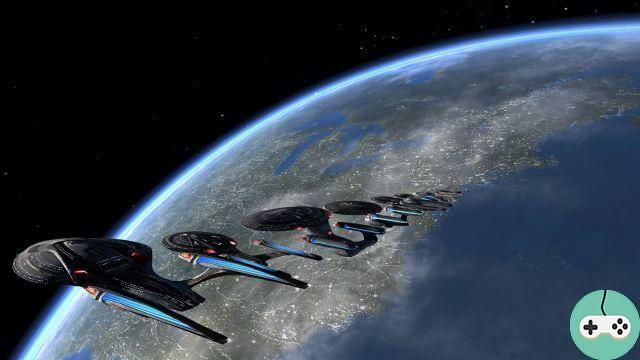 At the moment, Star Trek Online is promoting the next chapter of its current story arc which is due out at the end of January for the game's 6-year anniversary. It talks about the signing of the Time Agreements. This name refers to time travel, a concept developed from the first series and at the center of two of the films of the saga (three if we count the reboot of JJ Abrams). However, time travel remains something very complicated. Scientists already do not agree on its consequences (or more simply whether we can change the present by going into the past), but science fiction writers have long taken the side of the fragility of the space continuum. -time. If you did not understand the end of the previous sentence, I invite you to watch the Back to the Future trilogy, a basic work on the subject. But in the Star Trek universe, what does it look like? 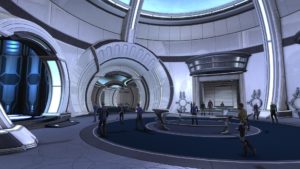 The original series ran on single episode stories (like almost every series of the time). In 79 episodes, we therefore had to find a large number of different scenarios. And from the 6th episode of season 1, the finale involves going back three days. As time travel seemed to be in its infancy at this time, we then witnessed experimental or accidental uses. A single exception, the 28th and penultimate episode of season 1 sees the meeting with the Guardian of Eternity , a creature that houses a time portal within itself and is careful not to be used to change the past. Return to Earth, the 4th and most acclaimed film in the saga (only JJ Abrams reboots brought in more, but the economic model has changed in the meantime and that skews the comparison), sees Earth saved from destruction by going look for items that have disappeared in the past. This time around, the method seems to be in place. Will it be used more afterwards? 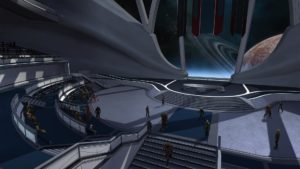 During The Next Generation / Deep Space 9 / Voyager period, a technological innovation was added: the holodeck. It is a room where holographic projections allow visitors to visit different worlds and eras. Another way to travel in time, without risk for the continuum. Several episodes have turned around, but they are not very popular and often referred to as scriptwriting laziness. The existence of the Q race with overpowered powers (some even say omnipotent) also allows some feedback but it is very difficult to know if it was a real journey or an illusion. Second case which would be just another form of episode-holodeck. Season 5 still allows a reversal of the situation by meeting an observer from the 26th century (ie 2 centuries later). And when the film First Contact involves another time travel, the technique is much better mastered than in Return to Earth. We are far from the experiments of the first period. An episode of DS9 even allows us to see (but not in action) agents from a Starfleet agency tasked with preventing changes from the past. For these two series, the biggest contribution to time travel are episodes plunging into the future alongside Captains Picard and Sisko before they return to the past. And of course, they change everything. Voyager has a story arc where they must destroy a 29th century ship before it causes damage to the space-time continuum. And especially the finale where Captain Janeway of the future allows the ship to return to Earth decades in advance. 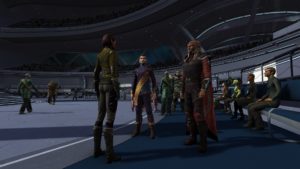 The most recent Star Trek series, Enterprise, is the one with the most connection to time travel. Taking place a century before the original series, it also takes place against a backdrop of the Temporal Cold War. A secondary story arc that runs from the first to the last season. After the races mastering time travel sign the Temporal Agreements in the 28th century (a little trip into the future will be needed to add them to Star Trek Online), two factions fall into place. In the 29th century, an individual has managed to find a way to communicate with the past and tries to influence events in his favor. In the 31st century, Starfleet sends agents to counter these interventions. The crew of the Enterprise becoming pawns through which one of these agents intervened. And not necessarily in their time.

Time travel has been present in Star Trek Online since the earliest campaigns. The Guardian of Eternity is here, and you have to go back in time to prevent some changes to the time of the original series. But there is also the 29th century Captain Benjamin Walker, commanding the USS Pastak. He can be seen appearing on a mission where the world has suddenly changed and he is tasked with restoring the original timeline. And then he comes back to the current campaign. And it is he who invites us to come and witness the signing of the Temporal Agreements. We will certainly know more about him in the coming months ...

Do you want to be up to date and know all the tricks for your video games? In gamesmanagers.com we enjoy playing as much as you do and for that reason we offer you the best tricks, secrets or tips for you to play non-stop. We offer you quality content and always updated to keep you up to date. That's why, in our website, you will find not only videogame guides but also tricks, secrets and thousands of tips so you can play to the limit. Are you ready to get it? Enter now and enjoy your videogame!
Battlefront - February update available ❯