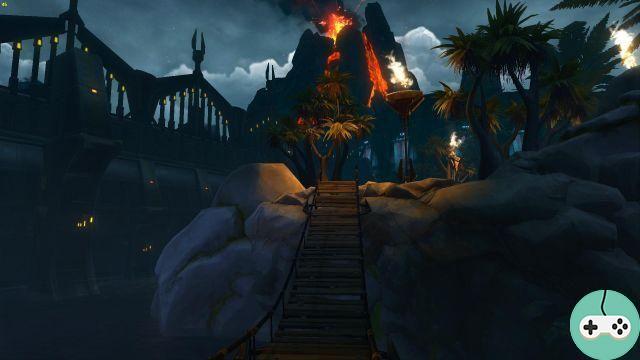 Please note, this article may contain revelations about the script content.

Update 3.0 promises a lot to see, including two new Flashpoints. I suggest you go and discover the first, called Bloody Hunt, which takes place on Rishi.

You should know that this Flashpoint will be available as soon as you arrive on the planet, but I strongly advise you to wait before wanting to discover it. In any case, if you want to have some semblance of consistency in the scenario. Indeed, without saying too much, at some point in your progress in the story quest, you will be asked to participate in this ZL, which will advance the scenario. Doing it before would risk spoiling you on the one hand, and losing you a bit in the scenario.

In addition, when you are asked to do this ZL, you will have the choice of participating in it solo, with only your partner and a support droid, who will act as a tank and healer, for company. 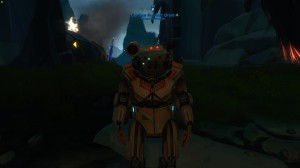 Direction Rishi market, where Frod Makora awaits us, who will send us to our destination. 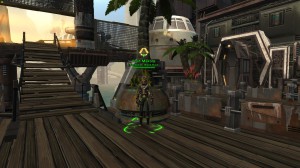 After a trip, and especially a somewhat hectic landing, here we are on the island of Tracyn, in search of a Mandalorian clan and a named Torch. Here are some pictures of the arrival. 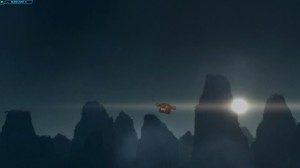 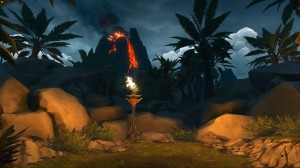 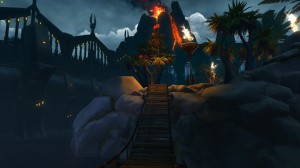 A good big bug to start gently. His main attack, Ground Smash, causes a few areas on the ground to be avoided. 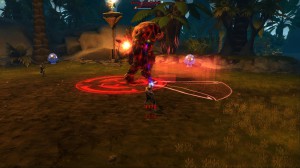 He calls for help from time to time the Mandalorians, who can quickly become annoying if they are found in large numbers. Take care of it as soon as possible, that's a tip. 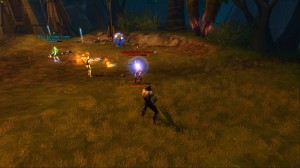 As we know, the Mandalorians are a proud people who rely heavily on combat prowess. We will therefore have to show them what we are made of by triumphing in three challenges. You can see it on the map, six zones are available. A priori, it would seem that the three challenges to be accomplished are chosen at random from these three areas. 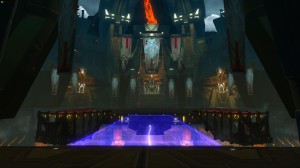 These challenges are not particularly trying. It is generally sufficient to eliminate a few enemies, then a Champion enemy, which will not pose any particular concerns. 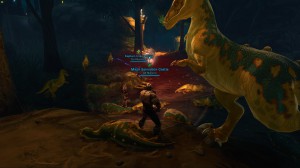 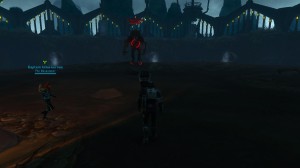 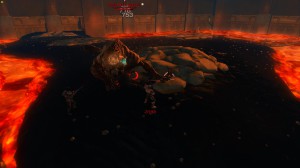 Here are the cousins ​​of Jarg and Sorno. Indeed, like the two ... buddies of Karagga Palace, you will face them each in turn at first, then both at the same time.

They are ultimately not very bad in terms of damage inflicted, but they have several attacks that are quite annoying and can quickly turn the test into a complete wipe.

Jos, who you'll face off first, is a melee fighter. He has the annoying habit of bumper, and this quite far. So really pay attention to your placement. In general, by staying in the middle, you are rather quiet. Regularly, you will collect on you accumulations of a debuff, which reached 10 will stun you. That's when Jos will jump on you and send you flying away. 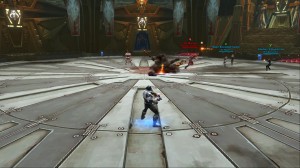 Valk is a ranged fighter. She also has the annoying bump mania, but in addition, she places damage areas on the ground, which will inflict the burn in addition. Nothing insurmountable either for a healer. It is even better to stay in areas and take some damage, than to risk moving away and being bumped into the void. 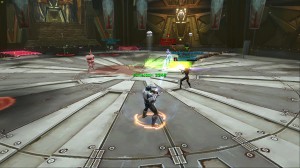 The hour of the meeting has come. Here we are finally in front of Torch, who is finally a known face! Without telling you too much (be careful revelations), what is hidden under this armor is obviously female, and the fire that there is in the whole room is reminiscent of the color of her hair. That's it, do you understand?

In fact, it is Shae Vizla, a famous bounty hunter, who participated in the sacking of the Jedi Temple on Coruscant.

So here is the final fight, with platforms in the middle that move from time to time, uncovering lava pits. Rest assured, even if you go through it, it won't cause a lot of sores. 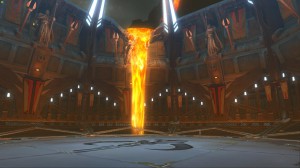 At times, she'll grab you in the middle, then launch a massive round-area attack, which is best taken out before the end comes.

Once defeated, it is now the end of this ZL, and all you have to do is find your friends to discuss with them what to do with the adventure.