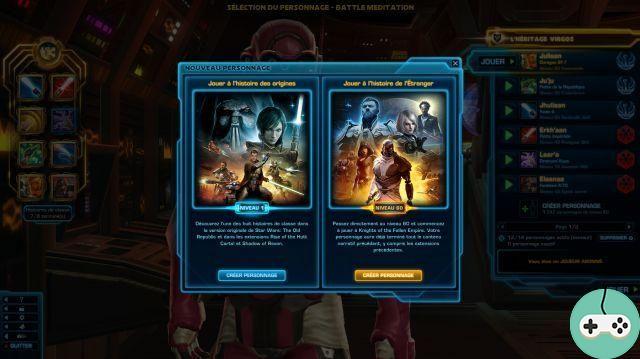 Knights of the Fallen Empire expansion, and since you are a subscriber, you have the right to create a character directly at level 60, for free. No news regarding the purchase of this feature from the Cartel Market at this time.

To use your token, nothing could be simpler, you just have to go to the character selection. Then click on the "Create a new character" button. Excuse my Commando's outfit, it's for a good cause! 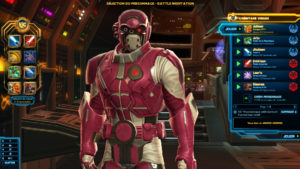 You will have the choice here to create a character at level 1 or even at level 60. Precision therefore: this character will have completed all the previous quests (class, planet, extensions, etc.). 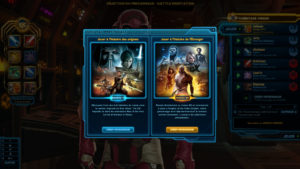 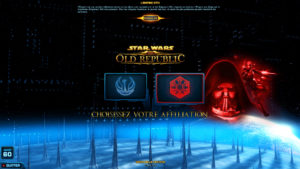 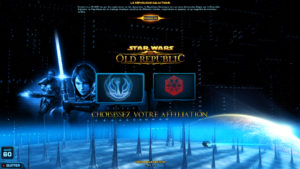 Choose your class and especially the advanced class. It will be Sith Inquisitor for me, the last class I have left to do, and Sorcerer in advanced class. 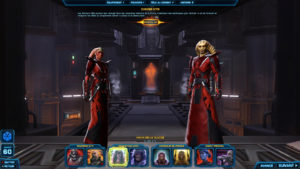 The rest is relatively classic, choose the race of the character then his gender. 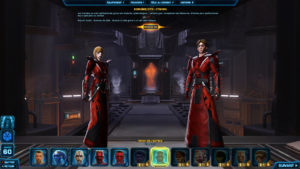 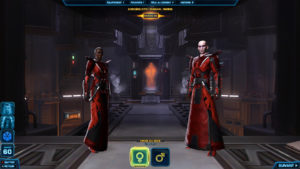 You will then have access to the customization options that we already know. You just have to choose a name and presto, let's go for the adventure! 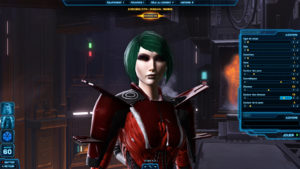 Small novelty compared to the creation tool that we know, tooltips that can be activated at the top of the screen allow you to give you information about the class, in particular: 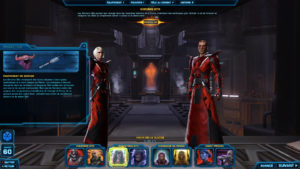 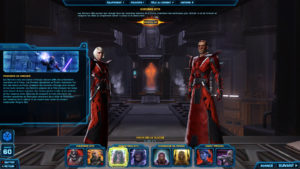 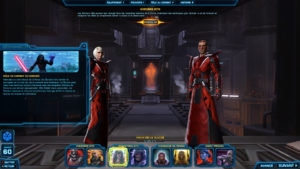 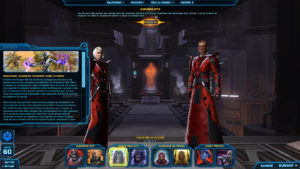 This way, you can choose your class with full knowledge of the facts and not throw yourself into battle blindly. A word of advice, however, if you have never played SWTOR before, avoid going straight to the Token 60 box. Start a level 1 character, discover the universe, the story, the game mechanics, etc. Your gaming experience will only be better (and that of others with whom you play at the same time!).

It is then the Sacrifice cinematic that starts and just behind, your adventure in Knights of the Fallen Empire begins. But that, you will have to find out for yourself! 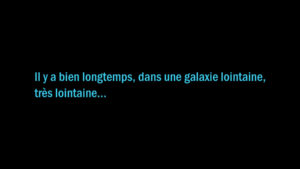 The character's powers are directly unlocked and stored in the action bars. But you are free to store them as you see fit, of course! 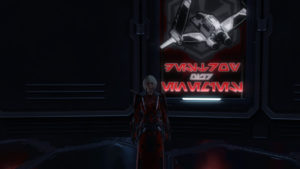 Of course, your character will not be defenseless, and they have base gear, index 188, and inheritance. However, no credits, no data crystals. Just a few medi-packs in inventory. 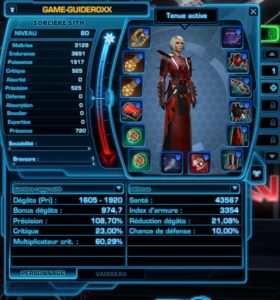 As expected, when you use a Token 60, your character already has crew skills at level 500. Unfortunately, it is not possible to choose them and are determined according to the type of character you create: 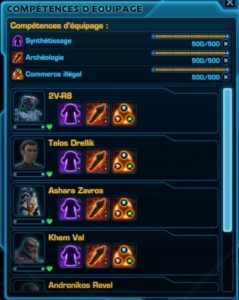 That's all for now, now it's your turn to have fun with your new character!