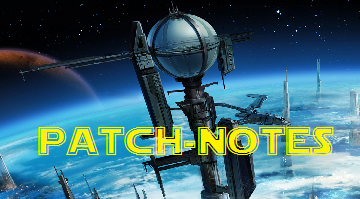 Update 4.6 bringing with it Chapter 15, the Dark vs Light event, and a few other changes has been live since Tuesday.

Another significant change is not noted here:

Eric Musco talks about it here

Also note that the partner Cast Tuno that was originally planned for this update has been postponed to a future update.

Find the known bugs in this update below:

Please note that the solution to unlock your progress may contain a spoiler if you are not at this point:

And finally there will be a stream from the producer tonight at 23pm.


Do you want to be up to date and know all the tricks for your video games? In gamesmanagers.com we enjoy playing as much as you do and for that reason we offer you the best tricks, secrets or tips for you to play non-stop. We offer you quality content and always updated to keep you up to date. That's why, in our website, you will find not only videogame guides but also tricks, secrets and thousands of tips so you can play to the limit. Are you ready to get it? Enter now and enjoy your videogame!
FFXIV - Update January 21 ❯

Add a comment from SWTOR - 4.6 patch notes and producer livestream