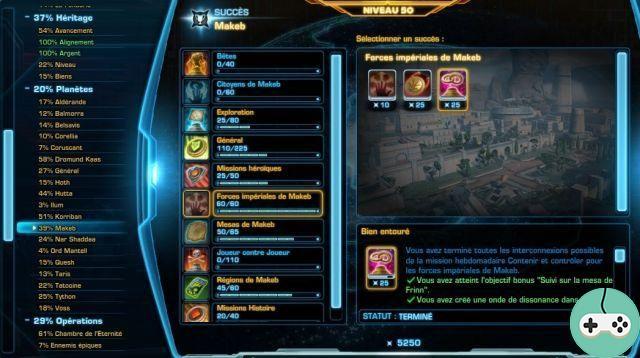 Hello, I am Saulnira from the Incandescence Guild on Mantle of Force and I have come to offer you a guide to complete the achievement. Surrounded by good people that you found in Planets–> Makeb -> Imperial Makeb Forces. This achievement earns 25 points and will require you to complete different quest missions. [weekly by step] Contain and control on Makeb.

Warning: you will probably need to perform the weekly several times in stages to accomplish all the necessary sub-achievements. 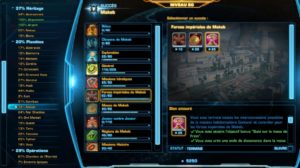 Unlock and Finish the Corner Thugs

Achieve the Bonus objective “Follow up on Frinn's mesa”

Create a wave of dissonance in the cartel's mining mesa

Rout the mercenaries to the Needles, far from the cartel's mining mesa

Routed the mercenaries to the volcanic mesa

Terrify the inhabitants of the ponant waters camp