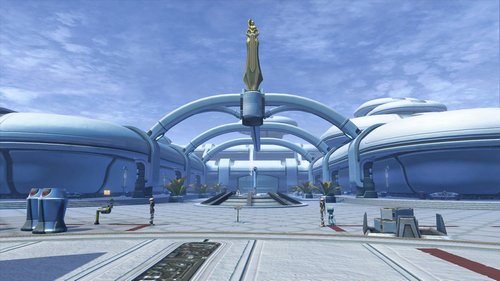 Tranyc Ge'tal, author of the fan-fiction of The Curse of a Clan, offers you a role-playing event this Saturday on Battle Meditation at 21:30 p.m. 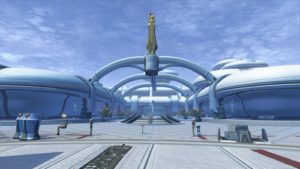 “Crime is always looking for new ways to get even more richer. Skira, an assassin hired by a Revanite, has been ordered to force the Selkath's hand to give him some of their tech as well as intensive Kolto support. But a double agent being in the ranks of the Revanite, this one warns the Empire of the maneuver of the experienced assassin. The Holo-Net is quickly made aware of the dirty trick that Skira intends to do. Anything's good for the criminals to take, and any more support would only be good for the Sith. Diplomacy will be the order of the day, and the Selkaths cannot tolerate any battle on their soil. Independents and Imperials will face each other in a diplomatic duel for Selkath technology. ”

The idea of ​​creating a PR event on Manaan came to me several weeks ago, I just needed a common thread to follow. This planet has a very strong potential just like many planets in the Galaxy, I will only mention Oricon or Ord Mantell. I really like Manaan very much and I don't want to shut myself up with my guild on this planet while playing this role-playing game in private.

The idea of ​​this animation is simple: no physical combat, only verbal confrontations, as it is a negotiation. Skira, with whom I will be, will represent the corporation headed by this “Revanite”. There will be members of the Traat'aliit who try to prevent Skira from obtaining this Selkath technology for criminal purposes, but this is where you come in. For there can be a multitude of possible endings. Want to give your guild PR medical support, or just rip off Selkaths? Take advantage and come and participate. Negotiator Selkath will be played as an NPC by another role player. You will all have your say.

All Imperials with a good reason are invited to this event, the following events will be announced later. 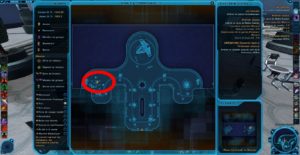 Server : Battle Meditation
Date : Saturday June 13
Hour 21h30
No one de get in touch : Skira (Empire)
What? Negotiations between the Empire, an independent and a Selkath representative to obtain resources from them.


Do you want to be up to date and know all the tricks for your video games? In gamesmanagers.com we enjoy playing as much as you do and for that reason we offer you the best tricks, secrets or tips for you to play non-stop. We offer you quality content and always updated to keep you up to date. That's why, in our website, you will find not only videogame guides but also tricks, secrets and thousands of tips so you can play to the limit. Are you ready to get it? Enter now and enjoy your videogame!
SWTOR - Cartel Market: Alliance Anarchist Pack ❯