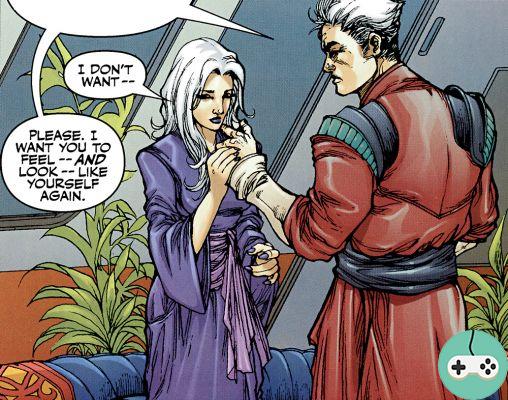 Planet Arkania and the Perave system are located in the Colonies, that area of ​​worlds between the Core and the Rim. This did not prevent them from being part of the old Sith Empire, before the Great Hyperspace War. It has many mines of gems and precious stones, which would make its soil very attractive if the climatic conditions were not so harsh. It is a real ball of ice, made up of tundras, glaciers and canyons. But its true wealth lies in its inhabitants, powerful scientists whose laboratories are among the most renowned in the galaxy. 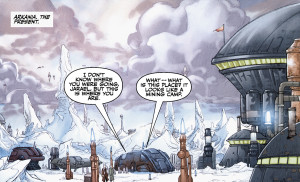 The Arkanians are not from the planet. But it is now their main seat. They are organized in communities of a few thousand individuals placed at strategic locations. It is a cultural choice and not the mark of weak technological development as some might believe in the face of this distribution. The groupings revolve around a company, of which almost all the inhabitants are direct and indirect employees. These companies have a representative on the Arkanian Dominion Economic Council, the local government that has a representative in the Senate of the Galactic Republic. All of the chiefs belong to the nobility sub-race, which boasts of being the original version of the species, the purebloods.

Because yes, there are several variants of arkanians, born in laboratories. Each having been imagined for a particular purpose. For example, the best known of these lower subspecies is that of the Arkanian scions built for mining. However, the barriers are not immutable. Gorman Vandrayk, who lived around 350 years ago, was a scion but also one of the most brilliant scientific geniuses of his time. If he had been born in the right category, he could have claimed even greater fame. 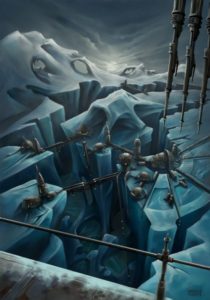 The Republic discovered the existence of Arkania during the first five millennia of its existence, during the first period of Expansion. When it happened, the Sith had already abandoned this planet and the Arkanians were well established there. Around -13500 before the Treaty of Coruscant, their talents as geneticists were illustrated when they modified the race of xexto to allow them to live among the predators of Quermia, an ancient planet of the Hegemony of Tion. A much more dazzling success of the different versions of their species, the majority of which they still hide. And who asks ethical questions. If they are capable of such modifications, how far could they go? How far have they gone, where we do not look. And what stages did they go through? The pure-blooded Arkanians are renowned for their arrogance, and a sense of priorities that is not that of the majority of peoples.

The Senate on Coruscant has therefore begun to take steps to narrow down areas of research that could prove to be sensitive. Despite these restrictions, Arkanian companies are among the leading laboratories for biochemistry (biological weapons included) and cybernetics. After the Great Hyperspace War, Sith ruins were rediscovered, which the Jedi were quick to explore. Which has helped to forge certain links with certain leaders of the planet. 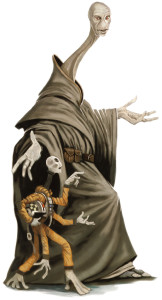 a xexto (the small one) and a quermian (the large one)

Physically, Arkanians look a lot like humans, if not for a few differences. Thus, their skin is golden, their hair and hairs entirely white as well as their eyeballs without pupils and they have four fingers on their hands. But that is only for the purebloods, the nobility who are the main interlocutor with visitors to the planet. Their subspecies born from their experiments have characteristics that differentiate them visually. For example, while they still have white hair and hairs, Scion Arkanians have gray-blue skin, pupils, and a fifth finger on their hands. As all the sub-races have not yet been identified, it is impossible to list all their differences. If you have to deal with a representative of their upper class, remember that they see themselves as the pinnacle of Evolution, and therefore you are inferior to them and that they can afford certain things that you should not even be able to afford. not be allowed to think. Did I already say that they are famous for their arrogance? 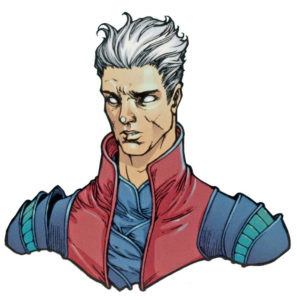 Finally, to speak of the Arkanians would be incomplete without mentioning the Corporation of Bioengineering Adasca of Arkania, a name more commonly shortened to Adascorp. This company has its head office in Adascopolis, capital of the planet. It is the most powerful company on the planet. Three and a half centuries ago, they forged a deep bond with the Jedi Order, the heir of one of their economic partners from Coruscant coming to study Jedi at Arca Jeth's academy on Arkania. Moreover, after his death, they pushed a lot to make this Arkanian master one of the greatest legends on the planet. In the next generation, all the might of the company nearly collapsed when the leader attempted to negotiate arms with the various sides during the Mandalorian War and was killed when the two sides clashed in the midst of the encounter. Her titular heiress had disappeared in battle, she was one of the Jedi Revanchists. It was very hard blows, and it was necessary to fight to prevent the dismantling and the takeover of the different branches of the consortium. Much of his influence in the Dominion was lost. It remains the most powerful of the local companies, but its lead over its competitors has weakened considerably. Adascorp's ties to the Republic and the Jedi remain very strong, so much so that they recently did not hesitate to work with SIS and Jedi Master Jun Seros, close advisor to Supreme Chancellor Janarus, to capture a Mandalorian criminal. . The operation failed only because of the agents sent there. Adascorp's record on this affair remains positive, having demonstrated its patriotism and loyalty to its faction.

Do you want to be up to date and know all the tricks for your video games? In gamesmanagers.com we enjoy playing as much as you do and for that reason we offer you the best tricks, secrets or tips for you to play non-stop. We offer you quality content and always updated to keep you up to date. That's why, in our website, you will find not only videogame guides but also tricks, secrets and thousands of tips so you can play to the limit. Are you ready to get it? Enter now and enjoy your videogame!
Preview: Evolve ❯