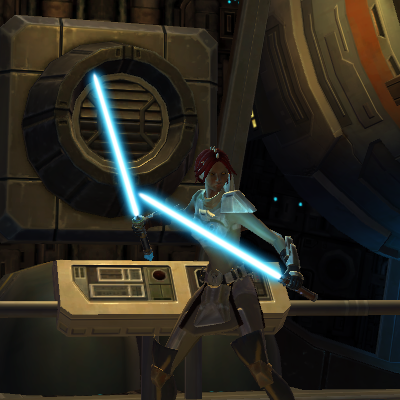 Hello everyone, in this article dedicated to beginner Jedi Sentinel Knights, we will start by seeing the basics and mechanics of combat, our partners, our statistics and some examples of specialties.

Let's start with the basics. Unlike all other archetypes, Knights draw their energy (focus) by hitting an enemy. From level 1, you have an attack called strike that allows you to gain two points of concentration. Subsequently, you will unlock the force leap which gives him back three and the relentless strike which gives him six again. There are also other ways to earn Focus Points through Talent Trees.

Another specialty of the Sentinel is to mount a centering counter which allows, once reached the max (30 charges), to launch various improvements (Zen, Transcendence and inspiration). We gain centering units by using our skills that draw on concentration or by killing enemies, below the effect of each of the upgrades: 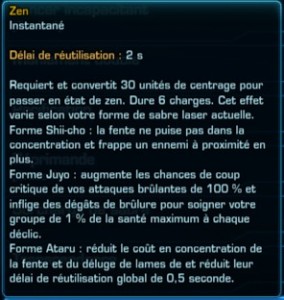 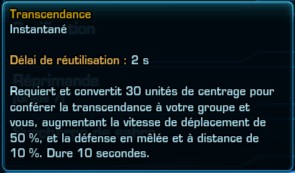 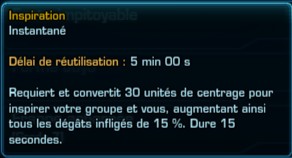 During the leveling phase, our partners are almost essential so as not to have to group. Below, the ones we will recover: 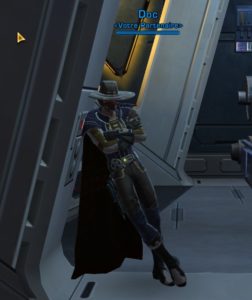 At the start of your leveling phase, T7-01 and Kira will help both of you, it will depend on the situation you are dealing with. T7-01 will be better for "tanking" strong and elite enemies and Kira will be more effective on normal or weak enemy packs. But as soon as you go to unlock Doc, it will be your partner who will be the most useful in solo. Except in rare cases, it is really with him that you will have the easiest time to raise your levels. Of course its equipment will have to be reviewed throughout your leveling phase (Hint, Critical, Alacrity in priority).

Vigor : Increases damage and critical strike chance of melee and force, this is the main statistic of the Sentinels


Critical Index : increases the chance to inflict a critical hit

The specializations discussed below are PvE focused but they are also viable in PvP by changing a few points. 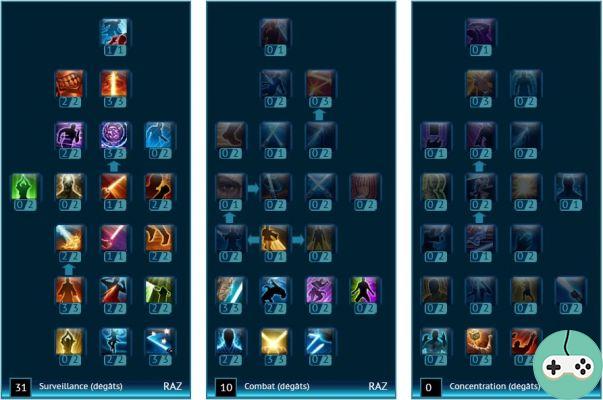 This specialty is based on DoT (Damage over Time), mainly thanks to two skills: cauterization and lightsaber overload.

The principle is quite simple and consists in placing your DoT on the enemy as often as possible. As soon as you have your 30 centering units, wait until your target has their 3 overload and cauterize charges on them and cast Zen, this will maximize its effect and therefore damage. 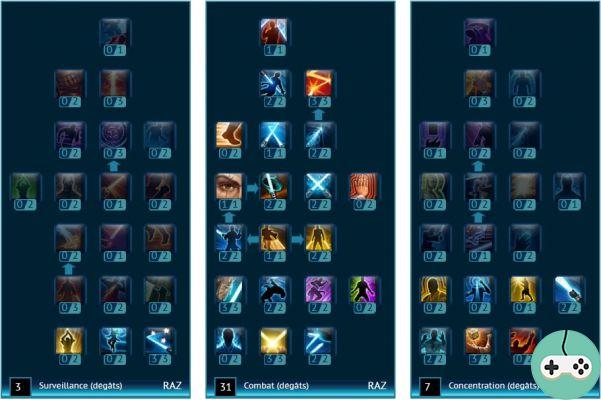 This specialty is based on the triggers of the Ataru form, they are random triggers that inflict an additional saber strike.

The principle of this specialism is to type constantly while monitoring your improvements and as soon as the combat trance is active, launch the blade storm to benefit from 100% critical strike. Your primary attacks will be Feint, Blade Flurry, and Blade Storm.

add a comment of SWTOR - Beginner's Guide for Sentinel