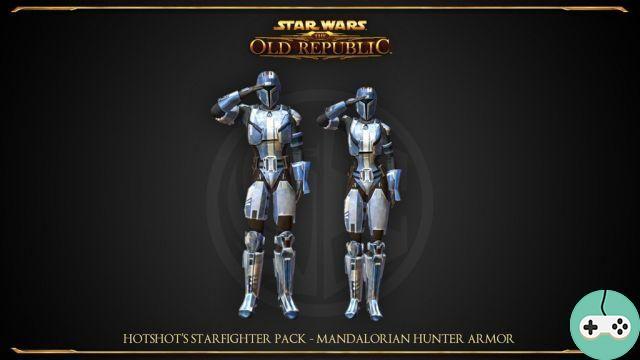 Mandalorians have a special bond with their armor, which they consider to be a second skin. The most famous material used for this armor is steel taken from mines in the Mandalorian sector and processed in some way by their blacksmiths. He is able to withstand a lightsaber attack. It is also called beskar.

This is why the Mandalorian armor is also called baskar skin or beskar'gam. And this even if all the armor of the clans is no longer made of this material. Originally, the color was chosen by the wearer and defined a value he wanted to represent: blue for reliability, green for duty, black for justice, gold for revenge, red to honor a relative, silver for a lost love...

Under Mandalore the Ultimate (who honored his predecessor and wanted to avenge him), huge changes were made to accommodate the great mass of new recruits. Thus, among the neo-crusaders, the colors represented a rank: blue for recruits, red for rally leaders (field officers), yellow for marshals (high-ranking officers) and silver for veterans. The defeat of the Neo-Crusaders shattered the Mandalorian army, depriving them of a central power that could decide which rule to follow. So in the current war between Empire and Republic, the clans choose for themselves. Some use the hierarchy of neo-crusaders while others have preferred to return to the values ​​represented. 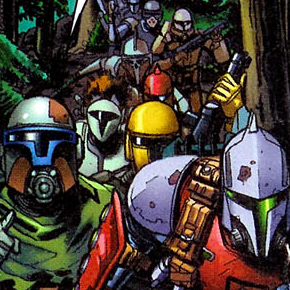 The buy'ce or Mandalorian helmet, with its T-shaped visor, is characteristic of clan warriors. The founders of the Mandalorians, the Taungs, were not human. Their faces were much more elongated, closer to what these masks represent: very pronounced eyebrow arches and nasal cartilage, the latter being extended by a pointed chin. Clans have very strong ancestor worship, and their founders are called Progenitors.

But beyond this tribute, the helmet has other uses. To make oneself more worrying, yes, but not only. Many integrated elements technologically increase the wearer: improved visibility, protection against too sharp changes in light (which could blind them if they did not have this helmet), improved field of vision, portable cameras, integrated comlink, tank air (to survive in areas without atmosphere), environmental filter (against polluting substances) ... The buy'ce, a symbol and an additional weapon of the Mandalorians. 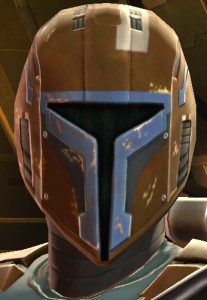 The breastplate of a Mandalorian armor is called halaas. It is made up of several elements, such as the breastplate or hal'cabur. The fabric jumpsuit underneath is the shar'tas. Nor'cabur is the dorsal part, when there is one. The get'bur or gorget protects the collarbones. Some even go as far as a get'bur jatne, a high gorget that prevents hitting on the neck but limits movement of the head. The bes'maburs are the shoulder pads. When they are decorated, tradition has it that the kal (left) represents its unity while the beskad (right) is that of the clan or a personal mark.

Some armors add shun'bure, armbands on the biceps which can protect or support additional ammunition depending on the choice. Kom'rks refer to both forearm cannons (bracelets for those unfamiliar with the concept of armor pieces) as well as gauntlets. These are also heavily modified to accommodate additional weapons. Which can be very diverse according to the carriers: rockets, darts, rope throwers, flamethrowers, carbonite projectors ... And in the back, for much better movements, many adopt a jetpack. 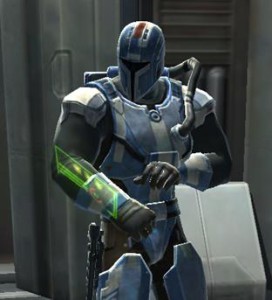 Below the waistband, the ven'cabur, or fly, protects ... well with a name like that you must know. On the other hand, the hut'unn or loins guard is little appreciated and rarely used. It must be said that the name has become synonymous with cowardly. And in a culture as honored as that of the Mandalorians, we don't like being called a coward. Motun'burs, or thigh-high boots, can have many shapes: protect the whole thigh, only the front, the side, one shape on one leg and another different on the other, or even totally protect it. pass. The bes'loviks are the knee pads. Below, tadun'burs can refer to both boots and leggings, which would not cover the entire calf. In this second case, they are generally prolonged by cetarburs or solerets on the tops of the feet.

And ... well, we just covered the Mandalorian armor from head to toe. In its entirety, with all names in their Mando'ad language.