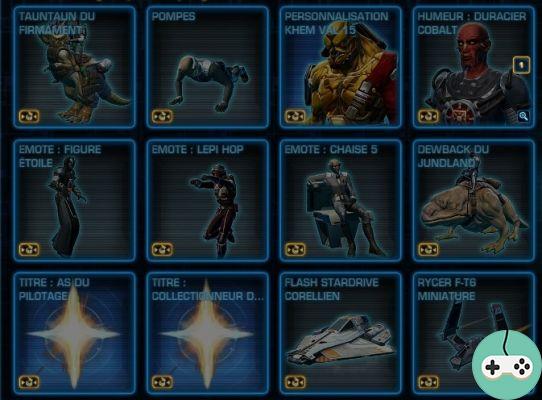 The next Cartel Pack, announced for February 11, will be the Ace Pack. Piloting, not playing cards (I admit the title of this article is misleading). Well then, it's true that as for the previous ones, it is not its theme that defines its content the most. So what are the influences that have provided the novelties soon to be available here?

It is the soldiers who are in the spotlight, with no less than five armors: ironclad soldier, forest and mountain scouts, as well as ambush workers in the jungle or in swamps. We have never seen such a large class all at once.

The Jedi Knight can also have some pretensions, since two role models come from his home, the ambitious fighter and the occasional fighter. The Sith Warrior also makes an appearance with the extrovert on display.

Now let's move on to the traditional cybernetic outfit of the pack, that will please KhanW. What? Wait a minute, he's crying. It seems that this 510 series is not to his liking. Sorry ? Ah, not comprehensive enough. But it is for heroes with small means.

Come on, let's put KhanW back in his cell. We'll bring it out the next time we want to drive an enemy crazy. What? What do you mean Naga Sadow? Ah yes, the pack also brings us the outfit of the successor of Marka Ragnos, the master of Gav Daragon and the last Dark Lord of the Empire (the Emperor never having claimed this title). The one who fought in the Great Hyperspace War and who ended his days on ... No, it's not time to reveal it yet. Got it, KhanW?

There it is, he is stored in his cell. And a Sith history succeeds the outfit of a Jedi hero. A fighter in the Mandalorian War, some 350 years ago. Respected by both camps, its name was given to the base station of the Republican fleet. In other words, Zayne Carrik.

The last of the armor in this pack is that of a certain Arkan. This means nothing to you ? You, you didn't go big-game hunting on Nar Shaddaa's side during Bounty Hunt week! Yes, you read that right.

On the weapons side, we stay with the Star Regulators for a second series of Besh weapons. For lightsabers, they are labeled Defender. But the main thing with them remains that they make big holes in enemy armor. 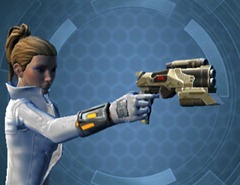 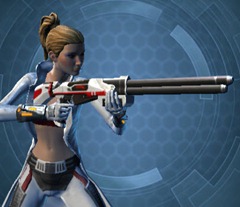 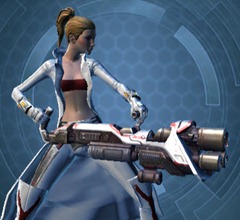 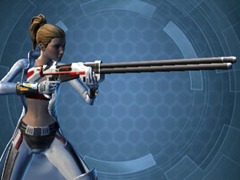 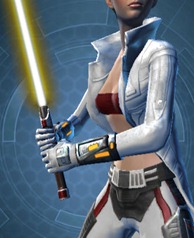 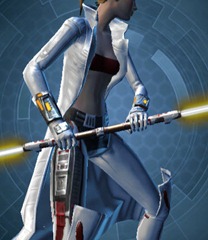 Let's talk about vehicles now. With loose a good ol 'firmament tauntaun, a dewback from Jundland, an adno wasp or a duke Korrealis. But it's not just them, new models are emerging. 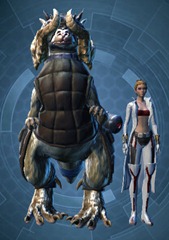 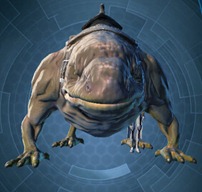 And the nicest additions are the Rark K1-A and, for those who don't feel like driving, a brand new droid sidecar. And... 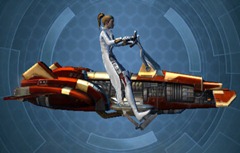 For this last speeder there is a special instruction. It concerns more particularly Mantle of the Force players. If you ever get this model, don't put it in your collection right away. First warn Juliaan (Republic side) or Ju'lian (Empire side). Those who do not take the risk of joining those who forgot to send a varactyl to Darth Onidra, in his torture room. We can not emphasize this enough.

Transition ready made with the mini-pets since one of them remains in the domain of Galactic Starfighter. This is a mini Rycer T6. As for the other companion in the pack, a droid with a very tasteful hutt hat (oxymoron) will bring back old memories of the first operations. 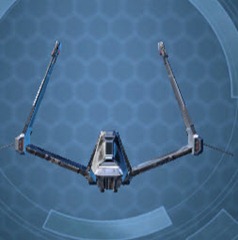 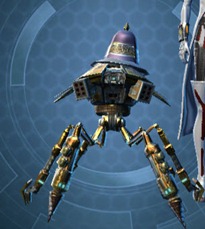 It's still been a while since we gathered in this universe. You have to stay in shape to continue. Sport is a very good way to regenerate. 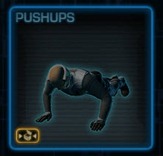 What more can be said ? Talking about the cobalt steel mood? I'll let you try to figure out what that means on your own. Or the titles of ace and collector of hunters? Be careful, there is one that must be earned. Or the new emotes?

Come on, I'll leave you there. It's time to feed Khem Val. Do not hesitate to run a little, he likes that his meat has made some efforts before being killed.

Marvel Heroes - Getting started at level 60