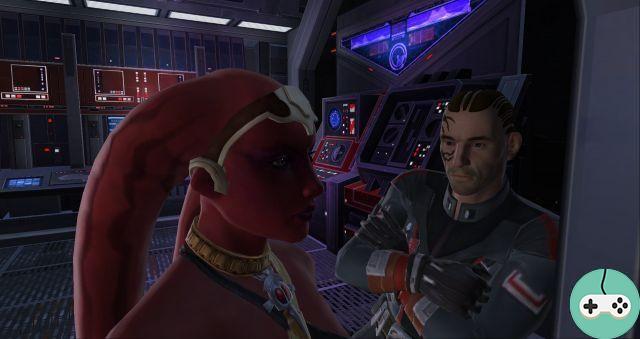 Today, and still on the subject of the Sith Inquisitor, I offer you a small article on gifts to give to your companions. This information is mainly taken from the general article which is here but adapted to the inquisitor with a return on my own experience.

A swtor-guide reader has also included this information in a printable and more readable excel file, the link of which is: excel file: gifts and choice of companions' dialogues.

What is the interest in showing the affection of his companions? 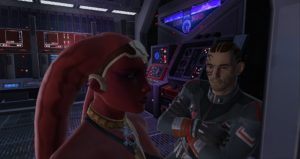 Bioware has taken over for SWTOR a concept already proven on Dragon Age for example (or on Mass effect, Kotor ...) the affection of companions which results in a bar which can evolve as you wish throughout your adventure. This evolution of affection makes it possible to have more or less strong bonds with the companions who follow us during our adventure and bonuses on the skills of crews as well as the possibility of seducing some of them. Thus in Old Republic each companion has an affection bar which can evolve in different ways and more particularly with gifts.

Concretely, the higher your affection will be and normally the less your companion will fail in the missions that he will carry out. For the moment there is no costing on this point. Likewise, the more affection your companion has for you, the faster he performs his missions (a priori + 1% execution speed every level of 725/750 affection points, therefore + 15% max).

For once it's quite simple. If you have a gift in your inventory that may appeal to your current companion or another, simply summon the corresponding companion and then click on the gift. Your companion will then make you understand by a short sentence if he has appreciated and his affection will evolve accordingly. The only constraint is a personal 30 sec CD that is triggered for each gift offered, so you cannot spam your donations, so you have to be patient when you have several gifts to offer.

However, two constraints must be taken into account: the more affection you have with your companion, the less he will appreciate low-level gifts. The affection levels of your companions change at each level of 2000 affection points and therefore from 1 to 5 according to the following table:

I have also observed declining returns, even on the most popular gifts. So do not overuse the same gift to the same companion. This gives this result with a few variables:

There are several types of gift quality the common (green), rare (blue) and epic (purple) which of course give different affection gains as shown in the table.

Where to find these gifts?

The choices are numerous and sometimes surprising, in fact you can find some:


Who to attribute them to?

Below is a list of the Inquisitor's Companions and their favorite gifts. Compared to the original version of swtor-guide, I only indicate the useful gifts for each companion. When there are 2 choices the second choice corresponds to the mode "in romance" with the companion in question: 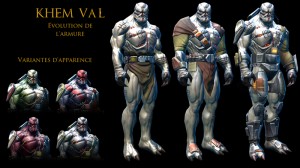 No “seduce” option with him so the only interest lies in the trades and quets / xp that he brings to each personal course. For example, there is a mission that unlocks in Tatooine but I won't tell you more…. He especially enjoys cultural artifacts and Empire memorabilia, but this has a varying effect depending on the gift and the gain in affection may sometimes be less than expected.

The gentleman can have a romance with a female character. He particularly likes guns.

Romance possible with a male character if you like jugs… Personally, I did not show too much affection having a twilek in avatar…. A priori the memories of the Republic are the most profitable.

It has a critical bonus on Treasure Hunt and Archeology missions. Having these 2 secondary professions, I try to increase his affection with gifts since I never take him on the field. Cultural artifacts will be very profitable with it. Maybe a possible romance but I'm not there yet and anyway, I'm stuck with Andronikos.

If you keep the weapons for Andronikos, favor the military equipment for Xalek. 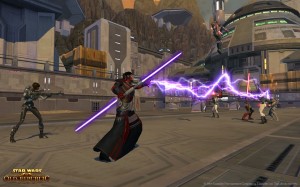