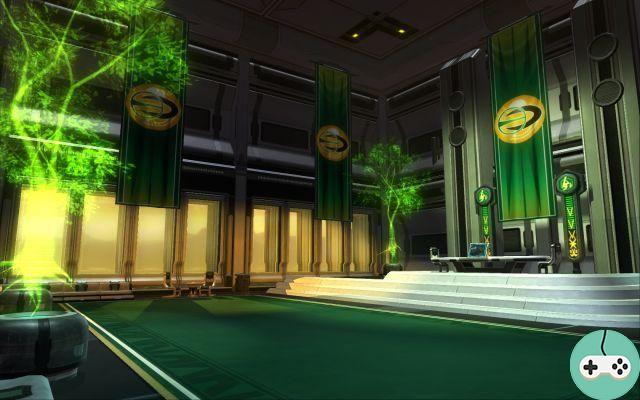 The Czerka Armements company, alias Czerka Armures, alias Czerka Technologies, alias ... No, we're not going to do them all. All branches of the infamous Czerka Corporation arose out of Czerka Mines and Industries, founded about four centuries ago. His first version was not a great success. Like their installations on Tatooine. Between the lack of visual diversity, insufficient results, and the regular attacks of tusken raiders on transport vehicles, Anachore quickly became the equivalent of a black hole for broken or shattering careers. Director Pollard Seario decided to change things. An aggressive strategy, based on the motto "anywhere, anytime, we are here" allowed them to establish themselves deep in the Rim. And to diversify to become essential, essential. And to obtain this monopoly, this leader instilled in his executives a policy of lending to everything, even the worst. 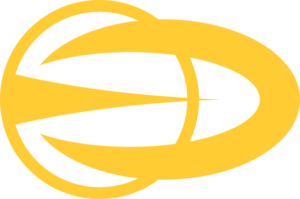 This change in policy was not immediately successful. The HK-01 assassin droid escaped his lab and initiated the Great Droid Revolution. The kind of advertising one would prefer to avoid. Yet after the Great Sith War, the Czerka managed to land a number of contracts to help restore the various planets affected by the conflict. But it was during the Jedi Civil War that the company achieved its greatest expansion. Pollard Seario negotiated a deal with Darth Revan, allowing him to gain a foothold in Sith-controlled worlds. While maintaining a foot on the side of the Republic, allowing them to do business with both parties. A renegotiated deal with Darth Malak, which will extend their benefits. Towards the end of the war, the Battle of the Czerka 431 Lab will reveal just how much. But Dreshdae's outpost on Korriban is particularly self-explanatory. Under Revan, they were the only major Republican company present. Under Malak, the management of the city was almost entirely granted to them.

Another example of their influence at this time, the discovery of the planet G5-623, renamed Edean by vote of the board of directors. They got the management and the responsibility, since their file did not mention any local intelligence species. After all, the native species resembles animals and communicates only through grunts. What to expect from these wookies apart from enslaving them? Yes, you read the name correctly. And as you can imagine, it ended badly. Despite a treaty with a local chief, the Czerka will eventually have to flee Kashyyyk in the face of a local revolt. It took diplomacy to make people forget this incident and give the wookies the place they have today in the Republic. Especially given their longevity, many of them still remember this period. 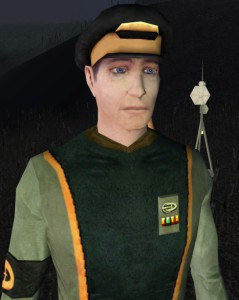 Despite all these scandals, the Czerka Corporation managed to emerge from the Jedi Civil War on its own. Described her experience in the reconstruction of planets, she found new contracts. At the time, the largest of them was on Telos, so she sought to seize it. Their actions at the time being symptomatic of their methods, let us dwell on them. With the primary contract already awarded to an Ithorian group, they moved on to the secondary contracts: transport and supply droids. Tasks that allowed them to call on mercenaries. And with these, intimidate rivals and organize the disappearance of equipment where it would not be responsible. One way to prove the inability of this competitor, to discredit him while with the other hand we present ourselves as the best possible candidate to take over the work. An obviously illegal strategy, which casts great discredit on the moral of the company. But Pollard Seario and those around him were ready for anything.

Unfortunately for them, this time it didn't work. A mercenary leader was too greedy, and blocked the process. Its direct employers were forced to hire extras to compensate, offering the Iithorians the possibility of infiltrating spies who would seize evidence of wrongdoing. It was the Czerka who was ridiculed by her mercenaries, and their utter ineffectiveness when Darth Nihilus' forces attacked the station finally convinced the authorities that she had no place here. They would look for new business elsewhere. 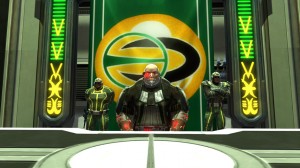 Recently, the Czerka has finally put itself in the sights of the Republic. And its leader, Yem Leksende in that of the Empire and its Secret Services for his membership in the Stellar Cabal. Gayem, Yem's son, was a senior security official. The type to make evidence disappear under a carpet of bombs. Tasked with wiping out a lost special weapons lab on Tatooine, he found himself in competition with the Republican SIS. With blaster shots exchanged. When war resumed, the Empire seized the headquarters of Corellia's division, along with all documents and copies in the area. Some executives even collaborated. For the new Supreme Chancellor Saresh, this chaos was enough to order the nationalization of Czerka property. A measure supposed to last only during the war, but some leaders do not hear it that way. Rasmus Blys, director of research on the CZ-198 moon, has entrenched himself in his field and does not intend to get out, even by force. Other high-ranking cadres moved to the Empire, negotiating CZ-198 material to resume their activities on the other side. Under these conditions, have the Czerka's methods caught up with them to spell the end of the corporation? ...

(The answer is no, the Czerka still exists at the time of the films and a certain Boba Fett even equipped himself with weapons and gadgets at home.)