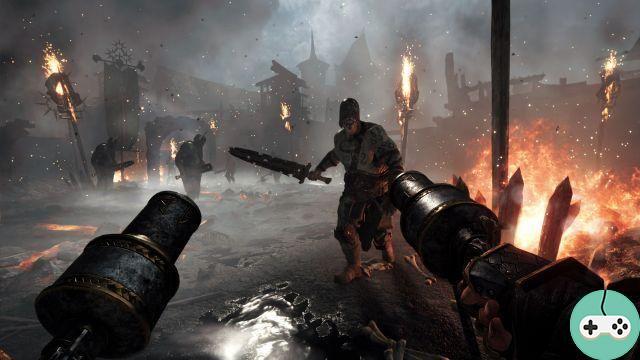 We were able to have access to a technical demonstration version of the game Warhammer End Times: Vermintide 2. This version allows us to discover a level with two characters from the first opus namely Kerillian (elf archer) and Markus Kruber (warrior of the empire ). 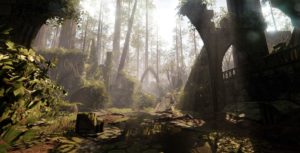 First of all, you should know that Warhammer: Vermintide 2 is the logical continuation of the first opus whose last DLC was released a few weeks ago. His goal will always be to beat up hordes of enemies through different levels. However, it will not be necessary to face only the Skaven this time, but also the warriors of chaos.

The level that we were able to discover allows us to cross the city of Ubersreik devastated by our enemies. The universe remains quite similar to the first opus with rather dark levels and rather limited interactions on it. However, it is possible to throw explosive barrels at enemies to quickly destroy a wave! 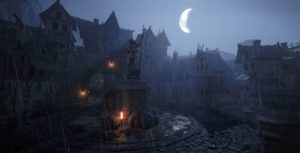 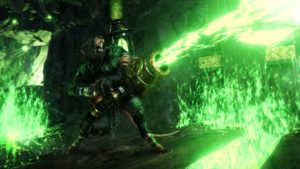 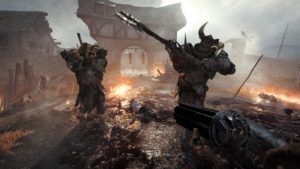 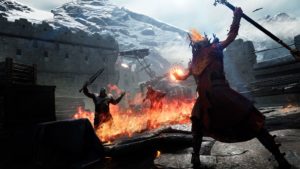 On the hero side, we find the same system as the first game. Each will have the opportunity to choose two weapons (one melee and one ranged) and will have three sets of utility items. The novelty will be at the level of an "ultimate" spell which will be specific to each of the character specializations. In our game, Kerillian could use a concealment spell for about ten seconds, while Kruber could use some sort of frenzy.

Let's talk about the bestiary: the enemies of the first part are still present with the addition of specific enemies such as a suicidal Skaven who will try to teleport on you to blow your head off. As for the Chaos Warriors, there weren't many enemies in this level, however they were well protected and unloaded attacks did very little damage. We could see at the end of the level a chaos mini-boss who could use area skills and also catch a character to inflict heavy damage. Interestingly, his life bar was indicated at the top of the interface. 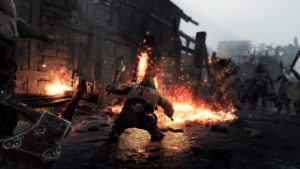 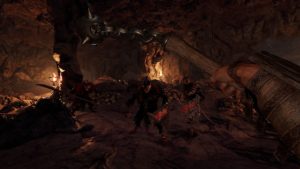 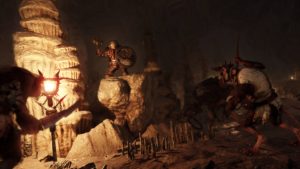 To conclude on this demo version, it gives good views on the future of the game. For my part, I am impatiently awaiting a beta to see the different specializations and, above all, the redesigned end-of-level rewards system including developers have spoken to us. And good news, the beta is now dated February 22, with Early Access starting February 28, ahead of the scheduled launch on March 8.

SWTOR - Meaning in the texts