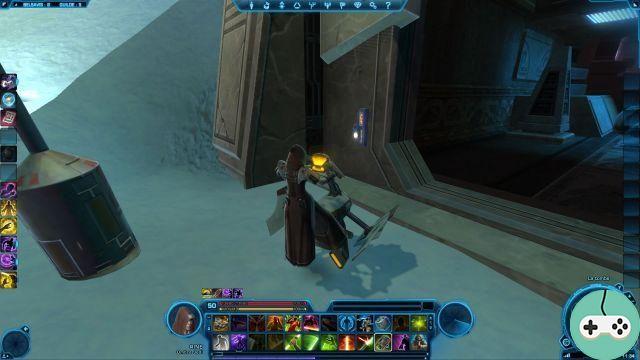 Here is a new article in the series dedicated to levels 50: the summary of all the daily quests available with their location. Because indeed, we spoke about it in our previous articles on the equipment at level 50 but we had not gone into details. The basis for this article is provided by Rine, from the Lost Tribe Guild on Phateem Halls of Knowledge. I completed the entire Empire part, translated the names of the quests and added the space missions.

Before we talk about quests, let's talk a bit about the rewards: 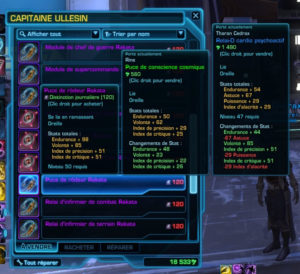 On the atria, we can already see a good improvement but it is even more obvious in the image below (almost 53 points of willpower on one of the implants, not to mention the related statistics): 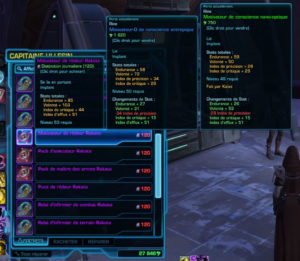 There is also a vendor that sells armor / guards etc ... As for armor, I would advise you to do Belsavis heroic quest 4 instead which will give you epic armor 22 (index 50) per day which is barely worse than the buyable one (-1 stamina / -1 willpower for me). 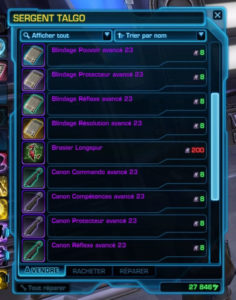 Note also that all these quests give credits between 7k and 11k + 1k5 per bonus objectives achieved. All this will pay for your deaths in instances / raids.

Normal quests will give 1 daily distinction while heroics will give 3.

There are 6 daily quests on 2 quest locations for a gain of 8 daily distinctions. Note that you need the quest recoverable on the Fleet (from a mission box) which sends you to Ilum. You have to finish the class quest to access this box. Then you will have a long series of quests (Crystal Ball for the Republic) to carry out which will allow you to unlock all the daily quests. For people with allergies to PvP, this area is safe. The PvP area is accessible by speeder and is located on the left side of the map (cut off on the screens). 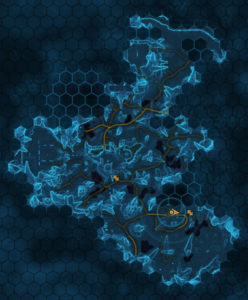 The Darkness of Ilum: Heroic 2 - given by Master Moran. The associated bonus quest gives 2 additional distinctions (doable at once).

Jamming of transmissions: given by agent Falcon

Pilot in distress: given by agent L4-B5 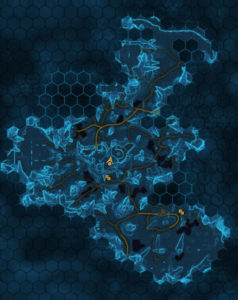 Crystal Sabotage: given by Captain Sarmuk

A fair fight: given by General Orias

Icy Destruction: Given by Major Dumerin 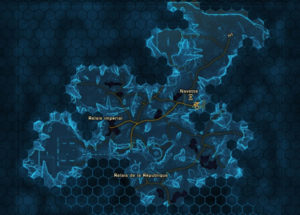 Toxic Strategy: Heroic 2 - given by G-4T

Cargo Defense: Given by Major Dermian

A Tightened Grip: given by Lord Tetsu 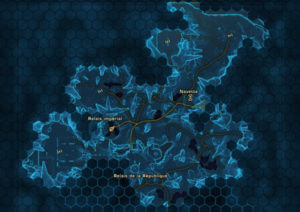 Rightful owner: given by Captain Barstead

Sabotage: given by Colonel Baramak

Belsavis is a planet accessible from level 47. However, I advise you to be at least 48 because the mobs are 50. You will find 11 daily quests on 3 quest locations for a gain of 17 daily distinctions. Note that you will need the quest recoverable on the orbital station of Belsavis (Agent Moritt for the Republic, Agent Brandis for the Empire) which will allow you to access the bonus area.

Then you will have a long series of quests (Belsavis: Bonus) to complete which will allow you to unlock all the daily quests. 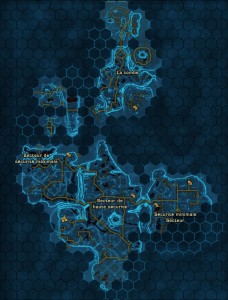 Chain Strengthening: Given by Major Harris

Emergence of a new medicine: given by Sergeant Kayen. This quest will take you to the second place of quests. 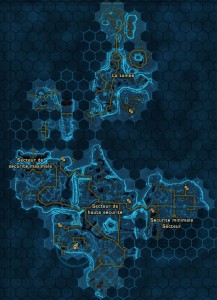 Open Communications: Heroic 4 - given by Agent Hextal. This heroic will send you to the 3rd quest location.

To access it, you must leave the previous area by the west and go through the tunnel. Just after you will come to a cave located here: 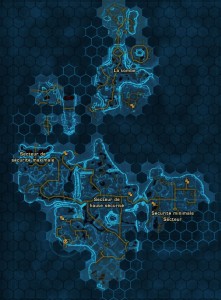 Take the Rakata transporter to end up on the opposite side of the map. When you leave this new cave, you will come across a quest giver.

Riot: given by Captain Devlin

Once this quest is completed, go to the area indicated for Heroic 4 (Open Communications) and click on the comm box to the right of the entrance to collect a second Heroic Quest 4.

Stasis generator: given by the technical post. This quest goes to the exit of the area. The other sends you directly to the 3rd quest location. 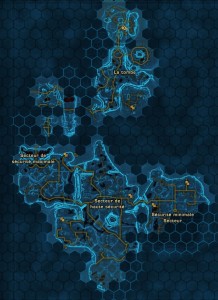 You can make your 2nd Heroic 4 right here and pick up 3 new single player quests.

Rakata asleep: given by Master Vij Markos (via a console at the monitoring station).

Unknown frequencies: given by Doctor Larek (via a monitoring station console).

Repairs in prison: given by Lieutenant Scraife (via a console at the monitoring station).

There is also a quest to collect in the area: 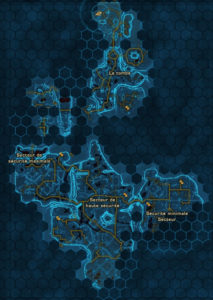 Containment of the beast: given by the holoterminal 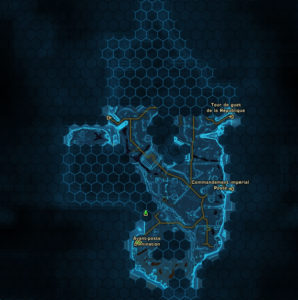 Unintended consequences: given by Major Charkron

Invisible Threat: Given by droid N4-71 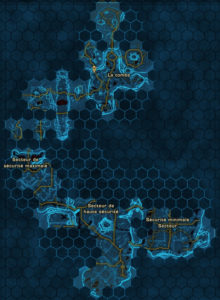 Ancestral Transmissions: Given by the droid AR-72

Reluctant Volunteers: Given by Dark Synar

The key is in the translation: given by the Nattis Specialist

Then head just north to the Signal Watch Center. 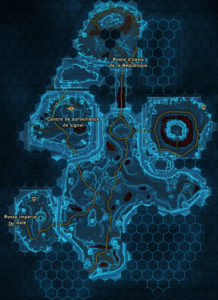 Liberation of the Fallen: Heroic 2 - given by Lord Atren (via the left console of the Watchtower)

Carriers of Xenovirus Prime: given by Doctor Galko (via the right console of the monitoring station)

Failing Droid: Given by Droid SD-9

By going to do Faulty Droid, in the tunnel, you can recover a last quest by activating the monitoring station:

Deadly Mutations: Given by the droid AR-72

The highest level operation will allow you to obtain 2 additional daily distinctions every day:

- Operation New Eclipse for the Republic

- Operation Ascendant Pride for the Empire

In addition to the accolades, Heroics 2 and 4 give Epic-grade 22 (index 50) armor, mods, and sophistication as quest rewards. Since they are repeatable, you will have one of each, per day. These are of a higher quality than the orange quality item buffs from normal 50 instances.

With a total of 27 accolades per day, you will have an epic item every 5 days. Or 15 days to recover the atria and the 2 implants.

Read more with the new quests on Corellia