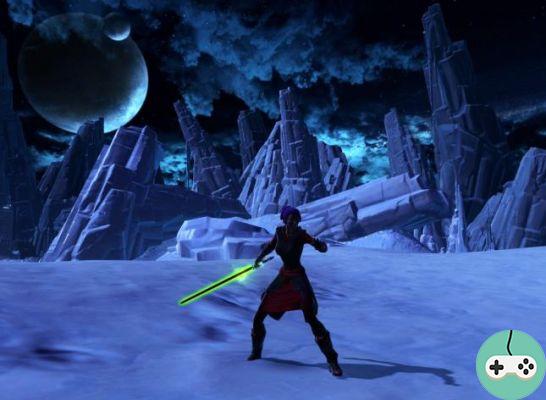 Hear everyone! I present myself to you today to share with you (also) my knowledge (ah good, do you have any?).

I am better known by the pseudonym "Herendyl" which is none other than my sentry but today I would like to introduce my scholar "Maerendyl" to you. (hello Maerendyl!)

I present to you my vision of the Scholar (PvE but which can be used in PvP to start) in general so, basically, you will have 3 items for the price of one (how generous this Herendyl is)!

Many articles already exist on this subject, I will only explain to you how I play this class, my small differences (by reminding you of certain basics) and I will make available to you various videos which are on my YouTube channel. If you want me to make guides specific to each specialization and more in-depth, just ask, I'm at your service!

I want to clarify that this article is not there to explain THE way to play with a Scholar. Obviously, everything starts from my feelings and my appreciation. In any way, it is THE guide par excellence, just my vision of things.

The peculiarity of the Erudit comes from the fact that it is a fairly complete class. Indeed, it is a very good healer (especially in zone), very good distant damage single target but also of zone!

The only (big) fault with this class is that it is very fragile! As "Librarian" says in his guide to the scholar 2.2 damage => "his tendency to die as soon as you kick him" sums up the situation pretty well and remains, despite everything, the best possible tank in zones of war (he's a troll, eh)!

We will see its evolution in the next updates of course, but believe me, this class is a real drug! 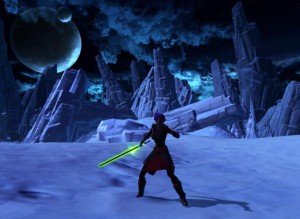 Very paradoxical specialization for my taste. Indeed, many spells in incantation but being a healer, you have to be constantly on the move (hence the reluctance of some to play it). Despite being fragile, this specialization is nonetheless effective for healing whether in mono but also in zone (the "hello" is impressive). 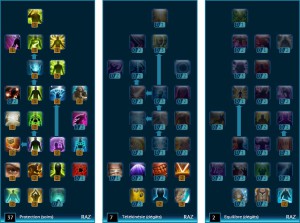 It looks a lot like the talent trees you can find (as often) but with a few peculiarities:

Regarding the cycle, I leave it to you to watch my tutorial video on this specialization. Everything is explained clearly (or not!).

Finally, try to play while moving as much as possible. Much of the difference between a good healing scholar and a low level healing scholar lies in his movements. The decor will be your best ally, especially in war zones. Above all, do not stay static because this increases your chances of being opened quickly (you might as well have a "hit here" sign above your head!)

Better a 3 second heal loss than a dead healer waiting outside the respawn door or next to the op boss. 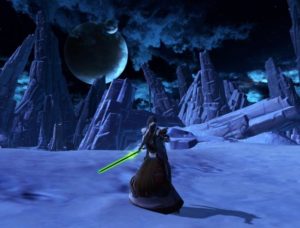 So this spec is MY spec. It's simple, it's my drug! She has a sick damage phase (yes, yes, sick!), She is really stylish and is really fun to play. 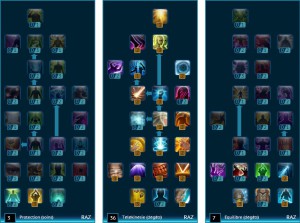 Regarding the cycle, I'll let you see that on my tutorial video.

Remember that the cooldown of your Weakened Mind marks the timer of your cycle but also that it will critically your Turbulence.

A little tip in passing: increase the size of your buffs in your interface to see more of your proc (activation of effects). Once comfortable on these, cut back as you wish. 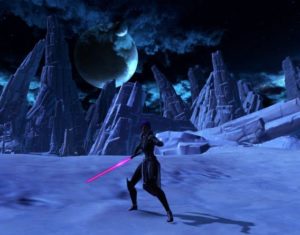 This specialization is quite easy to master (cousin of the shock special?). It really hurts in PvP, as the primary damage over time you land cannot be dispelled, does quite a bit of damage, and restores you to health! But it is also effective in PvE, especially on bosses like Corruptor Zero (Fortress of Dread). 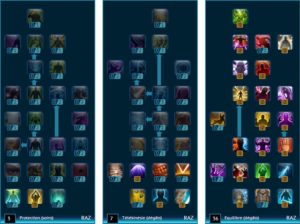 The same as on my other trees, the base is the same as for many. Some differences :

Regarding the cycle: same thing, I'll let you see my tutorial video on this spec

Respect the cycle and avoid casting a spell as soon as it is available because of significant loss of dps.

Do not forget that the Force Cut blocks the target so very useful to catch up with a small healer who escapes and that your Mental Crush remains priority on the Disturbance.

Finally, Weakened Mind remains your indicator on the timer of your cycle and do not hesitate to also increase the size of your interface (your buffs) for better readability on your effects activations (procs).

I hope with all my heart that this little guide will allow you to better understand and apprehend this class because it is really terrible! There are a multitude of ways to make your tree. I presented mine to you.

The best way to meet your expectations is to try it for yourself. Nothing and no one will know what you need better than you. Look, test, change, retest and come back and tell me "Hep Maerendyl, it's better this way I think, isn't it?" because the best solution to all your problems remains your determination and your feeling with things.

If elements do not seem clear to you or poorly said (for information I am not alone in my head so very difficult to organize myself correctly for this article), I am available in game but also on my YouTube channel.

Thank you for reading me and as I often say in my videos “Come on, Saluuutttt” and have a good trip (to end well)!

Add a comment from SWTOR - Damage and Care Scholar