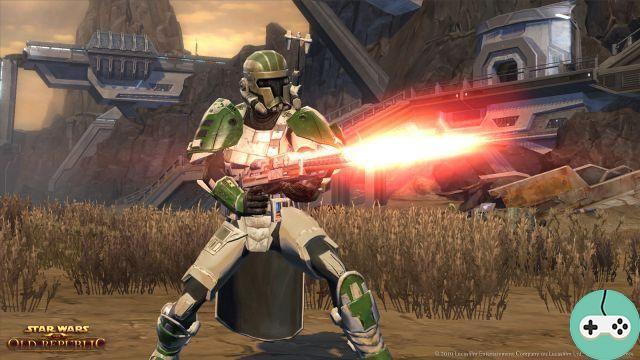 The second set of questions and answers from the developers was posted on the official English-speaking forum and this time concerns the avant-garde / specialist and the wizard / scholar. If you are not angry with English, do not hesitate to consult the 2 original subjects for the details of the questions and answers: 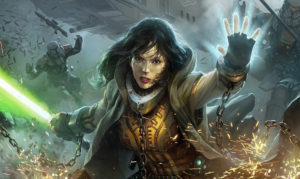 Here is a quick summary of all that has been said:

One of the wizard / scholar's big issues is survivability, currently taking the most damage among all classes (20% more). Despite some very useful spells for our defense (force speed, bubble, barrier and healing), like marauders or snipers, we do not have defensive spells that can reduce much (or all) damage for a period. Do you find this difference with all the other classes fair? Is it voluntary? If not, is there something planned? A new spell to reduce damage?

Currently a damage reduction spell is not planned although we could modify existing spells if we find the wizard less successful. The Force Barrier already helps a lot in defending against multiple enemies, its proper use can be crucial for your survival. 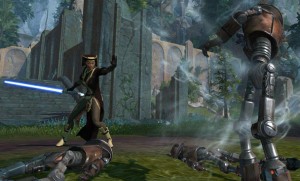 Another of the wizard / scholar's issues is that a lot of our spells in our talent trees are very easily breakable like the lightning / turbulence blast in the lightning / telekinesis tree or our area healing, revivification / salvation, in the corruption / protection tree. Unlike other classes, we have no interrupt immunity and many of our spells require activation time. In healing, the sorcerer / scholar needs to be much less mobile than a secret agent / thug. Is it on purpose in the current PvP state that we are so easily interrupted?

The wizard / scholar's ability to heal is part of his overall survival, wizards / scholar must be more careful about their positioning to avoid being interrupted, the wizard / scholar's positioning is extremely important at all times. The Wizard / Scholar is a so-called "easy to play" but "hard to master" class. Classroom skills are easy to understand, but knowing how to get the most out of those skills is all the more difficult. 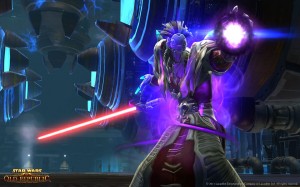 With the advent of 4v4 PvP, it will be increasingly difficult for Wizards / Scholars to manage their power pool. The longer a fight lasts, the harder it is to manage its strength, 4v4 battles will inevitably last longer and wizards / scholars will be at a disadvantage compared to other classes. The only way we have to regain our strength is consuming our life which can be dangerous in certain circumstances. Are there any plans to add a skill to recover strength or just reduce the cost of some spells?

There are no plans to add a new skill for force management. If we lower the cost of the static barrier, for example, it will be at the expense of its absorption. Strength management is what differentiates a normal healer from a good healer even if it is not necessarily obvious with the arrival of 4v4. We may make adjustments when it is more obvious after the first experiences. players in PvP.

We will try to work on this in the future to reduce the disparities between the classes for the sake of equality.

The community believes that the vanguard / specialist has a survival deficit.vability and utility compared to the other 2 Tank / Dps classes.  Shadows / Assassins and Guardians / Ravagers have more defensive spells than Vanguard / Specialist and they are more useful. In a huttball for example, the shadow / assassin can make himself invisible to go to the enemy camp or even use his speed of force and his resilience / shroud of force to take the ball, the guardian / pest, meanwhile, has his protective jump / intervention or his push to get rid of troublesome.

The Vanguard / Specialist has their jump and grappling hook to try to hold the line, but the community finds these skills much less useful than those of their counterparts. The community feels inferior to the shadows / assassins and the guards / pest. What could you do to remedy these weaknesses?

We're sorry the community feels like this about the Vanguard / Specialist. The Vanguard / Specialist has only one skill less than their counterparts. In addition, the vanguard / specialist has a wider choice depending on the situation, he has more long-range spells than shadow / assassins and than the guardian / ravager which helps him a lot when he is no longer. melee. The long gun is also a formidable weapon when immobilized

We think this is a point of view issue, if the Vanguard / Specialist damage was higher this issue wouldn't exist. We are going to look into the matter without, however, planning any major changes that could tip the balance in the other direction. 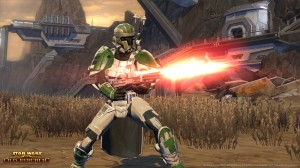 Despite the changes to the Assault / Pyromania and Strategy / Advanced Prototype trees, many players in the high-level content are forced to use hybrid trees because the skills at the top of the talent tree are too low. Is the need to use a hybrid tree voluntary? If not, do you plan to modify the trees to make top-of-the-tree talents more useful?

The hybrid tree is not intentional. Changes are coming in 2.4, we invite you to copy your characters to appreciate the changes made to the talent trees. Keep in mind that the Vanguard / Specialist will do much more damage on an enemy target than on a dummy. Indeed, the use of hyper-burn is impossible on a mannequin since it never goes below 30%. Additionally around 48% of the damage of an Assault / Pyromaniac Vanguard / Specialist ignores armor while for Advanced Strategy / Prototype this number rises to 65%. 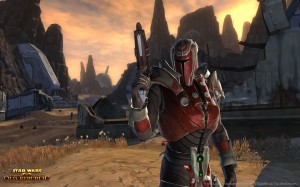 One of the biggest sufferings of the community concerns the burst in dps. Even with 2.0 and its changes, our burst is still very low compared to other tank classes. In a one-on-one fight, it's very difficult to get by now. Could this general view of our class be addressed?

The 2.4 will see an improvement in talent trees as well as the burst in addition which will make the Vanguard / Specialist more competitive in PvP, which will also increase survival.

So avant-garde friends, sorcerer, specialist and scholar, what do you think?


Do you want to be up to date and know all the tricks for your video games? In gamesmanagers.com we enjoy playing as much as you do and for that reason we offer you the best tricks, secrets or tips for you to play non-stop. We offer you quality content and always updated to keep you up to date. That's why, in our website, you will find not only videogame guides but also tricks, secrets and thousands of tips so you can play to the limit. Are you ready to get it? Enter now and enjoy your videogame!
Skyforge - A New Deity in Ascension ❯

Add a comment from SWTOR - Delegates: Vanguard and Sorcerer