We continue to dig into the operation with the third Dread Palace boss: Calphayus 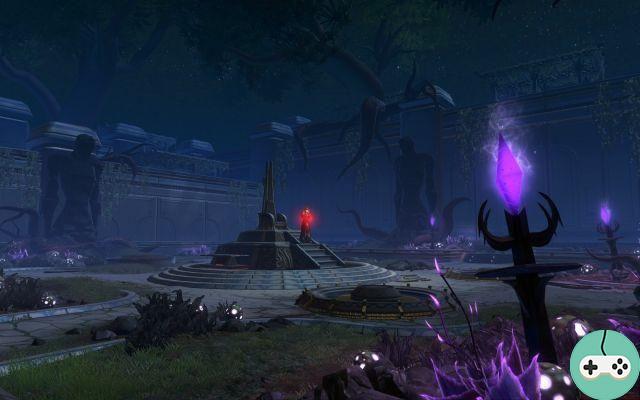 These points only concern the present. The past and future are detailed in the next section.

As with other bosses, you first need to organize yourself! So divide your group into two as follows:

Once done, you can type!

The only two things to deal with during this phase are Inevitability and the red zone:

Your group is therefore divided between the past and the future, and your goal is to fulfill the prophecy.

Each group must change portal to go to the time it has not yet been.

This phase is decisive to kill Calphayus because your time is limited. This is why you must choose the 2 players from the past carefully. Indeed, the enrage does not only depend on the duration of the 2 yellow zones of the future but also on an overall time over the entire fight.

This boss is not very complicated but requires real communication within the group. Once you're well organized, it should go away on its own. Only the enrage, rather short, risks making you fail the first few times.