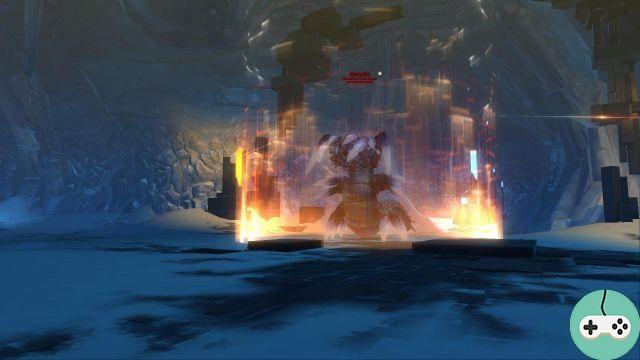 In addition to the quests given in the two camps, of each faction (Republic / Empire), the two factions have in common this quest, [ZONE] Combat specimen, which is triggered when you access one of the caves where the 3 outside bosses of this event. These are operations bosses, requiring 8 to 16 players: 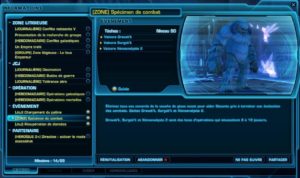 Gravak'k has a little over 2M health. He hits hard and launches a fall of stalactites, mainly on the distant ones, which must be moved to avoid damage. All the classes in contact are rather quiet. Regarding the tanks, a switch seems necessary during the bump (to be confirmed). 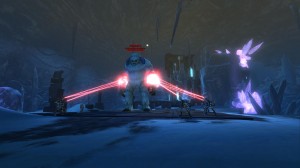 This boss grants purple gear as well as a Gree data core that grants 630 points for all party members.

Surgok'k has a little over 2M health. He summons familiars to help him (2 or 3 times during combat). When they appear, people must take care of them otherwise they will come to attack the healers, it is better to designate people in charge for that before attacking! He puts charges on the tank, so the tanks must be exchanged according to the charges. At certain times, it casts a spell (a spit) which places a dowry on almost the entire raid, it is necessary that the healers remove it because it hurts a lot and can easily kill the players. 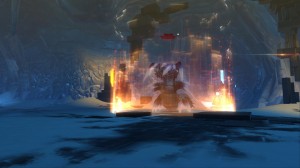 This boss grants purple gear as well as a Gree data core that grants 630 points for all party members.

Xenoanalyst 2 is on the Gree ship, you need a newcomer reputation as a minimum. 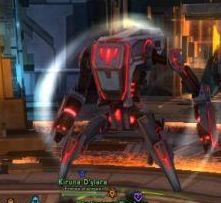 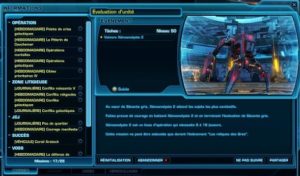 Do not hesitate to give me additional information, especially for the last boss which I cannot access yet!