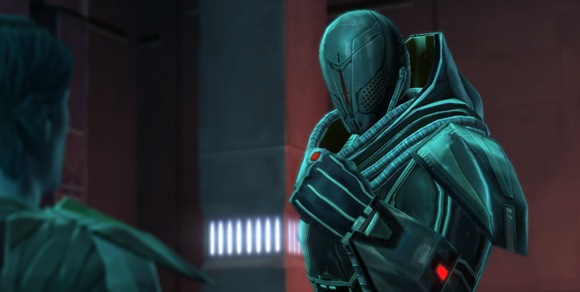 Please note, this article contains the elements of the Imperial Agent Class history quest. It therefore contains revelations and spoilers.

Currently, the figurehead of the Dark Council is Darth Marr of the Empire Defense Sphere, the largest general in the ranks of the Sith. This has not always been the case, the disappearance of its main rivals since the resumption of the war has been a determining factor in allowing it to reach this dominant position. The fact that military commanders are indispensable in wartime is another. In peacetime, the Sphere he deals with is less necessary. And even the Emperor's support he enjoyed was not enough to raise him above the fray. During the Cold War that followed the Treaty of Coruscant, the Imperial Intelligence Sphere held the upper hand. And the seat holder, Darth Jadus, was the one considered the Empire's unofficial number two. 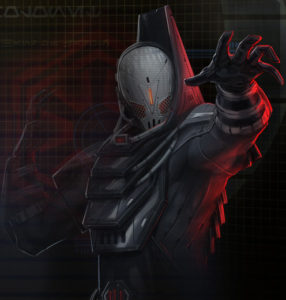 Most of the high-ranking Sith have made much of their past disappear so that their rivals cannot find weak spots there to exploit. Darth Jadus had some very powerful tools on hand to make sure of this. In addition to the Imperial Secret Service machine, he was arguably the most gifted wizard of his generation. And it is possible to alter people's memories with the Force. We know that this colossus is human, that he was 32 years old when the Treaty of Coruscant was signed and that he is probably from Dromund Kaas. The rest is shrouded in several veils of mystery. Calculating, cold, withdrawn, he generally kept himself out of conflicts and power struggles between members of the Black Council. This allowed him to play the referees above the scrum if necessary. He also had many political contacts, in the nobility and the administration, who came regularly to his court. A whole host of reasons why he was considered the most powerful figure in the Empire. 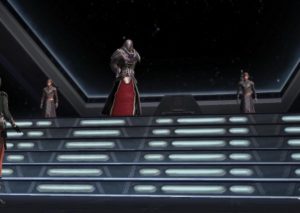 But his power was not absolute. The Sith are jealous of their prerogatives, and members of the Dark Council can coalesce to force it not to overstep its sphere of influence. In addition, it is limited. All of the great Sith Lords (including Darth Jadus) have their own private intelligence network. Being responsible for the official intelligence network implies sharing it, whether on information obtained, but also on people. And not just with his equals in the Dark Council, but with any military commander of a certain rank. It must therefore share its prerogatives. So wants the Emperor, this Emperor so absent since the signing of the Treaty of Coruscant. Darth Jadus has discovered some of his secrets ... Finally, there is the fact that his sphere of influence is by definition limited to the official level. He can never be recognized for everything he really does, for everything the Empire owes him. There is enough here to frustrate more than one Sith ... 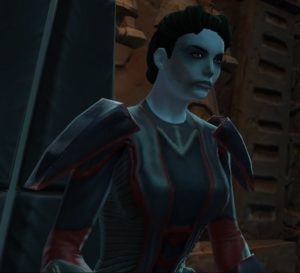 Ten years after the Treaty of Coruscant, a terrorist nicknamed the Eagle detonates bombs aboard the Dominator, the flagship cruiser of Dark Jadus, as he was to embark on a grand tour with many nobles and imperial administrators. The orbital explosion of Dromund Kaas was spectacular and shocked the inhabitants of the imperial capital. Dark Jadus was declared dead, and his seat on the Black Council reverted to his daughter and apprentice, Dark Zhorrid. Who had a hard time living up to it, but that wasn't why she was trained. The Imperial Secret Service managed to ascend the Eagle's trail, and discovered that it had been manipulated. By whom? By Dark Jadus who had simulated his death and was preparing for his return. He planned to use the terrorist network he had built himself to sow a wave of attacks, which he would spring up as a savior and triumphant. Nothing could resist his triumphant march, and he would finally be the only one to decide the fate of the Empire. 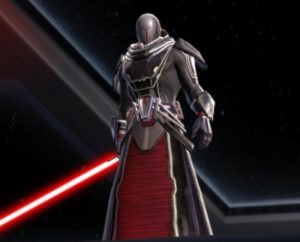 But the Dark Council did not agree with such ambitions. Neither did Darth Zhorrid, but she barely mattered to either side. She was quickly eliminated. Dark Jadus therefore found himself alone against eleven more or less united adversaries. It is not entirely clear what happened to him next. Some say he was captured and imprisoned in one of the Empire's deepest prisons. Others tend to favor summary execution as soon as he has been defeated. His supporters prefer to assert that he has made a strategic withdrawal, and that he will return to the charge when the situation is more favorable to him. In the meantime, his opponents do not disarm. The undermining work to destroy its power bases continues, and certainly the most visible is the dissolution of the Imperial Secret Service and the sidelining of most of its leaders. And this just before resuming the war against the Republic, when they would have been very useful. So it is with the following of the Sith when they are torn between them.

Do you want to be up to date and know all the tricks for your video games? In gamesmanagers.com we enjoy playing as much as you do and for that reason we offer you the best tricks, secrets or tips for you to play non-stop. We offer you quality content and always updated to keep you up to date. That's why, in our website, you will find not only videogame guides but also tricks, secrets and thousands of tips so you can play to the limit. Are you ready to get it? Enter now and enjoy your videogame!
FFXIV - Zodiac Weapons Saga: Novus Weapons ❯