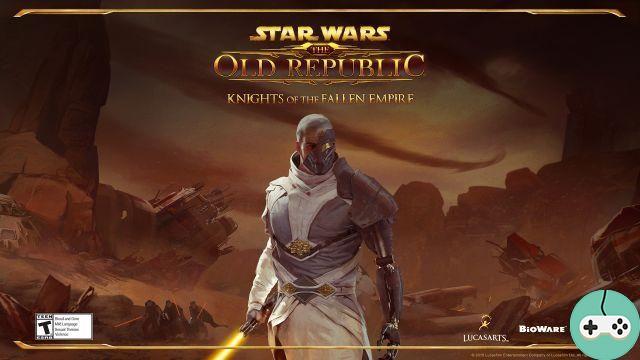 This article contains revelations about the history of Knights of the Fallen Empire.

Following the Battle of Ziost, the galaxy has two new threats to deal with. First of all, the former Sith Emperor Vitiate is on the run but more powerful in the Force than ever. If he succeeds in convincing fighting groups to follow him, he can create a new destructive power. And at the same time, unknown troops made up of battle droids and armored warriors wielding Force pikes attacked several outposts on both sides. They target both the Republic and the Empire. The damage caused is still relatively minimal, but deals damage to prestige as on Korriban. To the point that Dark Marr, member of the Black Council as responsible for the sphere of the Defense of the Empire and de facto leader of the armed forces of his faction, proposes to certain Republican commanders to ally themselves to find and eliminate these threats . Unfortunately, this alliance does not have time to go very far. The barely formed expeditionary force is attacked by Zakuul's Eternal Empire fleet and destroyed. 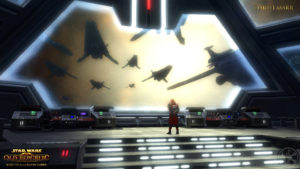 Darth Marr's allies barely have time to hear the news of his demise when many followers feel the death of former Emperor Vitiate in the Force. Closely followed by a new offensive from Zakuul. But this time, it is no longer for Arcann to test certain defenses. He cries out loud for revenge after one of Darth Marr's associates assassinates his father Emperor Valkorion. He then deploys his most powerful weapons: the Eternal Fleet. These are fully automated cruisers, in such numbers that it would take a reunion of all the forces of the Republic and the Empire to line up so many ships. Which is obviously impossible, too many old grudges prevent most leaders on both sides from considering such a thing. And even inside, conflicts for power multiply and distract attention. The new Emperor Arcann was one of the commanders during Zakuul's first attacks. He was able to learn which worlds were particularly important. And therefore support its numerical advantage where it hurts. This year of war is marked by several of his victories, and ends with the establishment of a blockade around the capitals of Dromund Kaas and Coruscant. 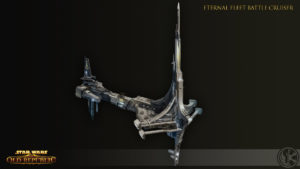 Among the Sith, internal wars for power are dogma. And too bad if they have already made them lose important battles, like that of Corellia. The defeats only bring out the tensions, as commanders accuse their rivals of being responsible. The Secret Service lost their number two before the end of their reconstruction, their efficiency suffers. The blockade of their capital planet, the storming of their other key elements in their system, force them to recognize their failure.

The Minister of Logistics negotiates the surrender and his superior Darth Vowrawn will kneel before the throne of their conqueror. This does not prevent internal conflicts from continuing. Darth Marr, a dominant figure in the Dark Council in recent years, was also one of the timers who favored the understanding. He disappeared, other advisers soon followed him. Until there was only Dark Acina left of the tech realm. A recent member since she had been appointed during the Dread Masters crisis. The highlight of this second year is her rise to the undisputed title of Sith Empress. But it is very difficult for him to muster the surviving forces of his faction. Faithful to Dark Marr, Secret Service Minister Lana Beniko has gone into hiding. Their leader having disappeared during the first attacks of the Eternal Empire, the forces of the sphere of Ancestral Knowledge preferred to entrench themselves in the Unknown Territories rather than submit. The Sith Empire is no more than a shadow of what it was when the Treaty of Coruscant was signed fifteen years earlier. 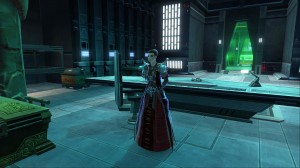 On the Republic side, solidarity is not really better. Supreme Chancellor Saresh has personal revenge against the Sith. It had served him to get her elected when the war on Corellia resumed. But since Makeb, his star has faded. Its interventionism on Ziost made it lose the support of part of the SIS and of the army commanders, deeming it too aggressive and inconsistent. His willingness not to regard Zakuul's forces as a priority and to stay bent on the Sith Empire caused him to lose another part of them. It has retired officers who are still very prominent, such as Admiral Bothan Bey'wan Aygo. Its image is becoming more and more authoritarian, and the Senate is worried about it. His refusal to negotiate during the blockade of Coruscant was the straw that broke the camel's back. The Senate ignored it, and signed the surrender behind its back. Faced with a fait accompli, the twi'lek was forced to bow but did not forget. The end of his mandate was a real war between the executive and legislative bodies of the Republic. As the Senate elects the Supreme Chancellor, she was unable to obtain a second term. But she has succeeded in the feat of imposing as a successor a puppet from which she can pull the strings. She still rules in the shadows, and the political battles between the two factions keep immobilizing the Republic. Especially since among the commanders likely to make things happen, we should no longer count on the Jedi. The temple of Tython has been razed by the Eternal Empire and the survivors are trying to rebuild themselves on Coruscant. Among the missing are the Hero of Tython, the Barsen'thor and Grandmaster Satele Shan. 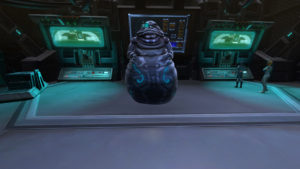 The only ones who really profit from this disturbance are the Hutts, who were able to free themselves from the tutelage they had come under since Makeb and return to hide behind a position of neutrality. And again, this does not prevent them from being taken hostage by the Eternal Empire (see below). Smugglers and other criminals see new avenues forming and exploring in the wake of the Eternal Fleet. For Zakuul, the beginning of Emperor Arcann's reign saw an opening to a large number of worlds. Communities are forming at the junction points between refugees opposing the new power and explorers in search of new outlets. For those who live on the fringes of society, it doesn't matter who orders the police to hunt them down. The rest is only worth a certain indifference. As long as there are certain opportunities ... For some anarchist and revolutionary groups, it is even a godsend: a new enemy to designate and destroy! But these latter groups are still very marginal. 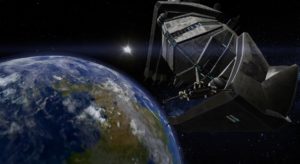 The conditions imposed by Arcann during the peace treaty on the two enemy factions are quite heavy economically speaking. It is a tribute to pay which cringes the teeth of many. Not to the point of creating popular uprisings, but it is only a matter of time. On the other hand, there was no annexation strictly speaking and the military occupation is minimal. It is content with stations in orbit of certain planets, with Star Fortresses serving as guards. Of course, the worlds chosen are not by chance. Nar Shaddaa allows you to control the heart of the Hutts worlds. Alderande is one of the cultural gems of the Galactic Core, and it would be a huge loss for mainstream society in the Republic to see it disappear. Bothawui, captured by the Sith Empire during the war of its return, is often cited as an example on questions of refugees or heroism. Voss is neutral, but the resources of his mystics are not to be underestimated. These are therefore planets that the opponents of the Eternal Empire do not want to see devastated. But there are still a few weird choices next to it, like the desert planets of Tatooine and Hoth. In any case, since their establishment, it has not yet been necessary to demonstrate what these Star Fortresses are capable of. 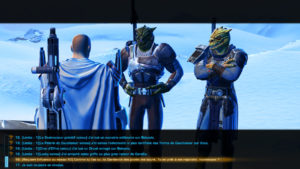 Tension is mounting in the galaxy. Large groups of mercenaries keep a low profile. Which means that they know that they will be called upon soon and that they are preparing. Emperor Arcann created a negative feeling among his defeated opponents, and did not care to bridge the chasm thus created. But it is with this kind of feeling that ideas of revenge create new wars. He relies on the division of his potential enemies to prevent them from forming an army sufficient to face his mechanized hordes of the Eternal Fleet. But if they were given a symbol, a capable leader, the power that this alliance could attain would not be easy to calculate. Enough to get rid of Emperor Arcann? The future will tell.

SWTOR - The affection of the Consular's companions

SWTOR - Meeting with the founders of BioWare

Add a comment from SWTOR - Five years in carbonite