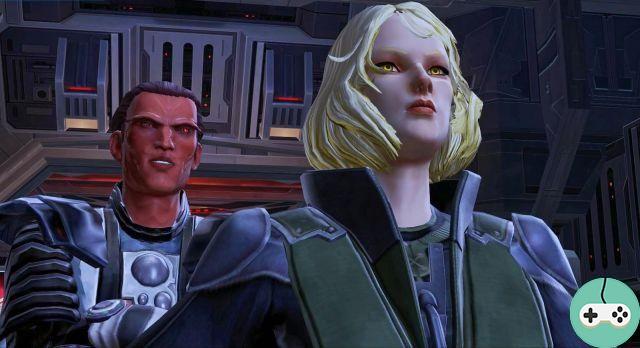 As the next update continues to roll in, bringing the continuation of the Alliance Forged story arc, we learn more about the storyline from the Developer Blog. Warning Spoilers!You will therefore find on this blog an extract from the diary of Lana Beniko, the advisor of Dark Arkous, our employer on the empire side for the first part of the narrative arc. As a reminder, or information for those who have not done so, once the two Contentious Zones have been completed, Lana comes to see us in private and shares with us her doubts about her superior and recent events. So she decides to watch him. 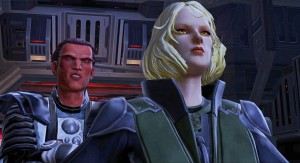 In this excerpt from her diary, we learn what happened for her and her employer between arc 1 and 2, just the routine of politics and war, nothing exciting. Then she looks back on her meeting with Arkous and her first impressions of him: a politician for whom she has little esteem, but who offers her a most interesting job opportunity. She also talks about an incident on her employer's ship a while ago, shortly after being hired. Republican Secret Service agents infiltrated the vessel in an attempt to sabotage it and steal data. Despite their success in stopping most of them, one manages to escape, until the intervention of Dark Arkous, on whom Lana would not have the same opinion from that day, his act having been heroic and patriot.

Finally, she introduces the new Manaan Flashpoint with a story trail that brings us there. Darth Arkous should have traveled to Onderon to negotiate with his queen, but he landed on Manaan. Although unable to land there, she will seek to continue to carry out her mission of monitoring Arkous. She would like to prove her betrayal, or a dirty deal, but doesn't believe it will ... She senses something much darker. Something terrible.

Good reading ! All we have to do now is wait for the Republican inclination to tell us the reasons for our coming to Manaan!