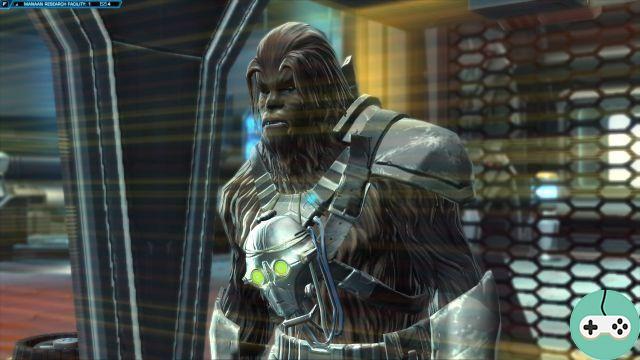 The galaxy is in shock. Two daring raids, one from the Republic and one from the Empire, overturned what we knew of the unspoiled places of the galaxy. This was the starting point of Alliances Forged, part one. SIS Agent Theron Shan and Sith Lana Beniko, second to Colonel Rian Darok and Dark Council member Dark Arkous found this coincidence and their superiors' lack of reaction to it strange. They therefore decided to investigate on their own. Now that the entire story arc is available in-game, we can finally share everything they've learned with them. 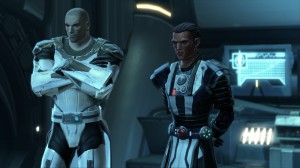 Colonel Darok and Darth Arkous have traveled to Manaan, to a secret and common laboratory. An alliance between an important officer of the command of the Republic and a member of the Black Council? Particularly worrying. Theron Shan and Lana Beniko investigated a common threat, and began to lay the groundwork for another alliance. Each began to warn safe allies for better investigation, in small numbers but with a certain pedigree: another member of the Dark Council and another of the Jedi Council, the Emperor's Fury and the commander of the Chaos squad. .. And even more. Sending them to inspect a Selkath lab related to the duo, they sought to analyze their common knowledge and ramifications. The commando dove deep into a building guarded by members of the Order of Shasa to a scientist who was working on rakata implants. Faced with the threat, Darok and Arkous fled carrying the research. But not simply as two allies, rather as if their common goal exceeded their allegiance to the Republic or the Empire. In the company of the wookie Jakarro, former prisoner of the two traitors, Theron and Lana were able to go back to a former imperial sect, the Revanites. Although recently weakened by attacks from the Dark Council, they reportedly found themselves a new leader who would recruit from the Republic. At three, they left to investigate this leads, asking their allies to wait for their news. 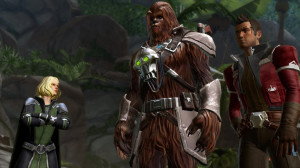 And that lead led them to Lehon / Rakata Prime, where Darok and Arkous use the rakata implants experienced by the Selkath to create an army of Enhanced Revanites. The hierarchies of the Republic and the Empire have been infiltrated, to whom can they turn? In secret, they mount an expedition with their rare allies to eliminate this threat before it strikes. A four-person squad were sent to the planet, making their way among the natives to the Temple of the Ancients, where they faced the leaders of the traitors. But neither was willing to go or negotiate. Only to fight and ultimately die, without betraying their conspiratorial comrades. Threat removed? Nothing is less certain because it is the moment that a fleet chooses to leave hyperspace, made up of ships from both the Empire and the Republic. At their head, Revan ordered to bomb the temple to eliminate the commando. However, the latter managed to escape, and the damage did not cause the building to completely collapse. It would appear that the Emperor's former prisoner suffered a defeat here, losing his vanguard and letting the opponent know his position. Except that... 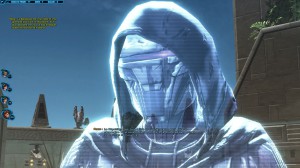 Theron and Lana acted knowing their hierarchies were parasitized by Revanites. But did not take the time to dismiss them before striking, for fear of warning those they took for the leaders of the movement. They underestimated the scale of the threat, and now their rear is completely overwhelmed. Officially, they made an alliance with an enemy to eliminate a highly respected officer in the Republic command and a member of the Black Council. It is therefore they who are accused of being traitors, abandoned and denounced by their official allies, forced to hide with the criminal Jakarro to escape their pursuers. As for those who have helped them in this adventure, they must keep a low profile so as not to be questioned about their actions in this matter. All while waiting for Revan and his army to embark on a new terrorist action, where they could restore their image by fighting him.

And you, what did you think of this story arc and these twists?


Do you want to be up to date and know all the tricks for your video games? In gamesmanagers.com we enjoy playing as much as you do and for that reason we offer you the best tricks, secrets or tips for you to play non-stop. We offer you quality content and always updated to keep you up to date. That's why, in our website, you will find not only videogame guides but also tricks, secrets and thousands of tips so you can play to the limit. Are you ready to get it? Enter now and enjoy your videogame!
LoL: Alliance at the top, flowing Gambit ❯

Add a comment from SWTOR - Forged Alliances - Part 2 and 3