Warning, this article contains minor revelations regarding the start of Forged Alliances.

During the Assault on Korriban tactical contentious area, made on the Republican side, we meet at the end of a certain Dark Soverus, the last boss of the instance. 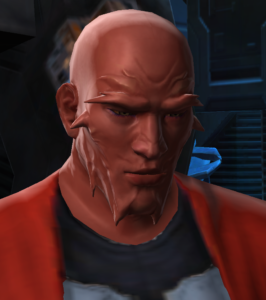 When this one is defeated, he speaks of a past revelation, and quickly evokes two characters without being very clear. So Charles Boyd of the Bioware team explained these facts:

It's been quite a while since this hot spot came out and I don't mind answering you, if you really want to know?

When the player shoots Soverus down, he mentions a vision relating to his death, but at first appears confused since the details do not match what was predicted. Seeing Jensyn it all makes sense to him and he says, "The old man was right about me - did he get it right on you too?"

So, an "old man" had predicted the circumstances of Soverus' death, including particular details of the man who would kill him: Jensyn.

This Jensyn is not who he appears to be: he is a Revanite. This is indirectly confirmed later, when we learn of the real purpose of the assault on Korriban. But who is this old man? Is there a character out there who would be described as a "prophet" and interact with powerful Sith like Soverus?

Maybe someone located on Korriban, since that's where all this takes place there?

Spindrall? Just a little reference back to the folks who played the Inquisitor.

This famous Spindrall can therefore be encountered during the Inquisitor's class quest, on Korriban, in the tomb of Ajunta Pall, considered by some to be mad, by others as a prophet.