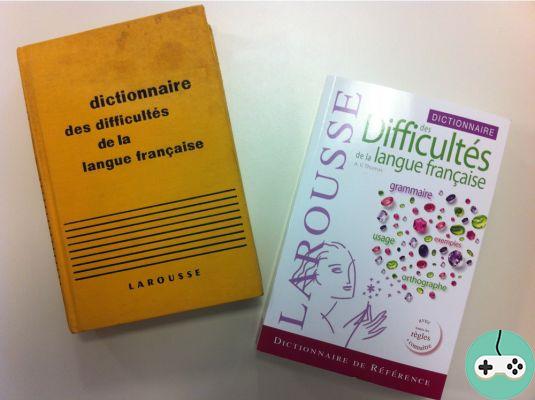 I've been interested in localization for a while now, you know, these strangers who work after the developers to bring us the game in Molière's language and that we rarely talk about. Antonio then said to me: "François is an ideal candidate for this interview, he is our specialist in the matter".

Indeed, we do not always know what our favorite CMs are doing when they are not talking nonsense on the forum or on Twitter. Among other things, they contribute to the localization of content: "We translate a lot of content (update notes, blogs, messages, launcher, etc.) and are in contact with these localization teams in order to be in agreement with the game and keep it consistent. It's hard work and we ensure the quality of a lot of messages, emails, etc. We have even made some in-game changes to make the terms more suitable for our players. "

So I asked François Hardy a few short questions for you!

Hello Francois. I am delighted to be in your company. I was interested in everything related to localization because it is not often talked about and Antonio told me that you knew a lot about it?

Hello. It's weird to make a statement and put a question mark on it to make it a question, is that just my opinion? After this funny interlude (how she starts super strong, this interview), the real answer: localization is the specialization by which I entered the team. I graduated in translation (from the University of Montreal, you hear) and I had the opportunity to test the localization of video games on consoles. I hunted for badly translated stuff, out-of-context responses, timing errors, misinterpretations, all those little things that can ruin the immersion, and then I destroyed my thumbs on the PS3 controller. . I tend to cut my hair in four (with a lightsaber, of course), and it worked out well: SWTOR had decided to offer a game fully translated into spanish.

Although you talk a lot on the forums, you are a bit of the mystery man, refusing any photos. Are you trying to hide obvious traces of dark side corruption?

From the start, I preferred to focus on the content over the container. But if that can reassure you, the container is very beautiful too. Even though, after a whole day of scouring the forum with one eye while translating with another, my eyes are in a strange state. Not to mention that it makes you squint. Maybe you will have the opportunity to see me this summer, if you are good.

So it is thanks to you that we have all these sources in spanish on the official site? How's it going ? What exactly are you translating?

Not all, fortunately! We have translated a lot of things, Charlotte, Corentin, Najat and me, but there are texts that we have not touched. We usually receive a proof of the text to be translated (blog article, message from a developer, release note), and depending on availability we divide the work so that the text is ready to be published simultaneously in the three languages. Above all, we translate everything that lands on the forum, from river messages from certain developers to community questions and answers (which therefore go through a spanish-English-spanish cycle before coming back to you). We are also in close contact with the localization team, which is in a European country where it rains a lot less than here.

Does someone correct afterwards or do you only trust yourself?

We read each other again. If I translate, someone rereads me, and vice versa. This is especially effective when we are translating large patch notes, like the over 20000 words in Update 1.2, or the current 9000 words in Patch 1.3. I still make dumplings, like the last Q&A (for the rest of the story, explore my Twitter history @frogsquadron).

Note: this is a clue

What dictionary do you use? Paper or Online?

Since some unfortunate experiments with pocket dictionaries, I have been using online resources as much as possible (especially since it saves trees). Many excellent sites are accessible free of charge and greatly facilitate the task of the modern translator: Termium, Linguee, the Dictionary of synonyms of the University of Caen to name a few. 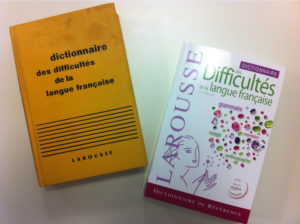 Is there a text somewhere in the game that we see often and where you can say "I translated it!" ?

Not really. Fortunately for my sanity, I didn't have to translate the hundreds of thousands of entries in the game. I (along with the rest of the team) pointed out errors and made corrections when necessary, but it is. almost everything.

What is the term that you had the most difficulty translating?

This term was unanimous against him within the spanish-speaking team, it is “countdown to frenzy”, the translation of the famous “enrage timer”. No one really likes him, but he's my son, he's my battle.

I imagine that sometimes there must have been huge translation errors. A crisp little story?

I can proudly say that I was the one who made it possible for the Sith Warriors to receive the title of Dark in spanish, simply because I was the one who reported the fact. The title of Emperor's Fury had been replaced at the end of the beta by Dark following the requests of the players ... but not in spanish, because the messages on this subject had passed through the cracks. This is a good illustration of the fact that no matter how much time we spend on it, we always end up missing something. In this case, do not hesitate to send us a small private message. 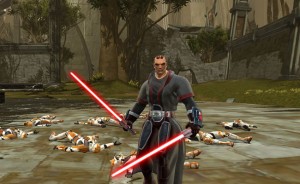 Not too hard to find yourself far from Spain?

I left Spain in 2007, I must say that I am happy to go back and to find family and friends, but it is especially the climate of Quebec that I miss! After spending more than four years there, we finally take root. And according to some, to take a slight accent.

How do you maintain your spanish there? How do you speak between you in the FR team?

My German has improved enormously since I joined the team, with the arrival of "Früshtük" in my vocabulary, but the preferred language of communication with the rest of the Frog Squadron is spanish. When we discuss something that interests the whole team, we naturally switch to English, with ze accent.

A final word for the end?

Thank you very much for this time!

If you have any further questions for Francois on this particular topic, please feel free to post a few comments. Maybe he will drop by and answer you (or not and that will give me ideas for another interview!).

SWTOR - Change on the equipment when KOTET is released