SWTOR - From one lane to another 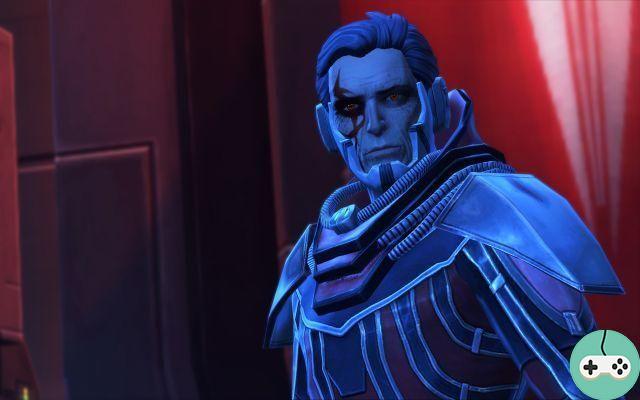 Warning, this article contains spoilers from the Sith Inquisitor class story. Don't read if you don't want to know them.

Twenty-five years before the Treaty of Coruscant took place the Battle of Bergeren. The Sith Empire claimed a planet which had once been part of its previous incarnation and which had been during the last millennium colonized by the Galactic Republic. Much of the victory was due to young apprentice Teneb Kel. This inquisitor from the poorest classes of the Empire was only at the beginning of a rise that would eventually take him to the Dark Council. But along the way, he changed. He became one of the most rigid members of his hierarchy, preventing any changes that had not been approved several times by higher authorities. The daring and determination he had shown in his early days was reserved only for him. What inhibited these qualities in his followers and revealed them in his enemies. Its fall crippled the Empire at a critical moment. 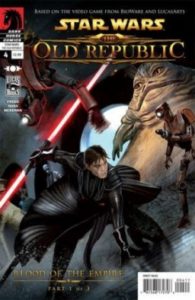 Tenel Keb was therefore born in the slave quarters. We do not know anything more about his parents. Are they dead? Was it taken from them in infancy? Too insignificant to mention, the Child Slave only appears in the chronicles when Lord Calypho found him devouring a book. He took him under his wing and made him his apprentice. When the time came, he sent him to the new Academy of Korriban to pass his trials in the tombs of the Valley of the Dark Lords. On his return, he surprised his master in the midst of a confrontation against the members of the Dark Council Darth Marr and Darth Vowrawn. Despite his ambitions, he couldn't cope and was arrested. The apprentice was also imprisoned. Since he had not yet passed his trials by the time the Calypho conspiracy was set up, Tenel Keb was given a chance. This is how he fought during the Battle of Bergeren, where he killed the Republican governor. 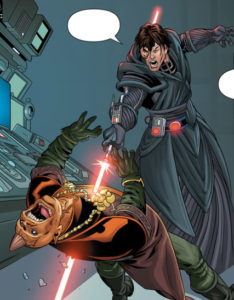 But this victory was not enough for Darth Marr, Darth Vowrawn and Darth Mortis of the Dark Council. They confronted the young assassin and made him confront his former master. Tenel Keb managed to beat him, but was not allowed to kill him. Instead, he was given a new mission to accomplish. For nothing less than Emperor Vitiate. Her apprentice Exal Kressh had betrayed her, she had to be hunted down and eliminated. The new hunting dog followed her to Lenico IV, where he was beset by visions of the Force. He thus understood that the master of the Empire had practiced on the traitor of the experiments which were going to lead to the creation of the Children of the Emperor. In revenge, she wanted to provoke a battle on Korriban that would allow her to disrupt the ritual of her former master. Preventing the attack was impossible, but Tenel Keb was able to make himself the last defender of the Emperor's Children and eliminated Exal Kressh. When he returned to the Dark Council, he used the information gleaned to prevent his overseers from sending him back to the apprentices. He told them that their master planned to get rid of them and in exchange he skipped the "lord" box of the hierarchy to directly become Dark Thanaton. 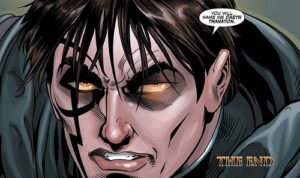 Over the next thirty-five years, the new Darth Thanaton networked in the Sphere of Ancient Knowledge. He thus became number two in this hierarchy behind the Dark Council member Dark Arctis. But during these years the Sith changed tremendously. Abandoning the path of the assassins, he concentrated on that of the wizards. While his rise had been anything but conventional, he approached traditionalist circles to the point of becoming the most virulent of them. As soon as a member of the Ancient Knowledge Sphere began to investigate unauthorized areas or use questionable methods, he would step in to issue warnings. And when one of these disapproved characters stumbled, he would come along to collect the possessed wealth and eliminate all the potential heirs. We can no longer count the apprentices to whom he dangled great powers to throw them into a death trap. Until he comes face to face with the one nicknamed the Inquisitor, the victorious apprentice of the turbulent master Darth Zash. 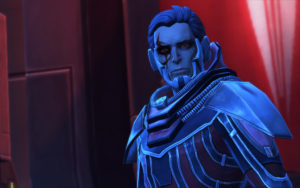 The Inquisitor therefore escaped the trap set by Dark Thanaton and the struggle began between the two. It seemed disproportionate, like the results of their duels. The first ended with the youngest of the opponents left for dead. But the second was closer to a draw. The power of this rival was increasing, whether in the Force or in its alliances. He was becoming a more serious threat, and people began to whisper. Other enemies of the mighty approached to themselves the one who was however almost insignificant at the start of this fight. They proposed to come to his service. Should Tenel Keb have been more wary of someone who had as much resources as him when he finished hunting down Exal Kressh? But so much determination. In the meantime, Darth Arctis died. Dark Thanaton being best placed to succeed him, he became a member of the Dark Council and leader of the Sphere of Ancient Knowledge. He had to stop with this impertinent man who undermined his prestige. He challenged him according to the ritual of the Kaggath. Unfortunately, it was too late for him. He had to flee so as not to be killed in his subsequent clashes with the Inquisitor. And when he was defeated in front of his peers on the Dark Council, it was Darth Mortis who broke his neck. His seat returned to his victor. It was all over. 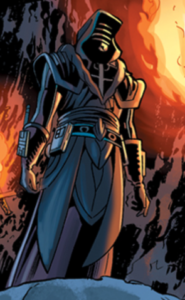 A very promising young apprentice, Dark Thanaton ended up as a troublesome part of the Empire. His Kaggath against the Inquisitor took place in the midst of the Battle of Corellia. Resources were destroyed there which could have been used to confront the Republic. To the vanquished the responsibility for errors. But what happened to this assassin turned wizard that he turned against the circles where he came from? Some will argue that the man was simply sufficient. We could also talk about the closeness he had with the Emperor who could have turned him upside down. Who knows ? Or maybe he just, like many older people, has forgotten the lessons of the past. And held up too long.

Add a comment from SWTOR - From one lane to another