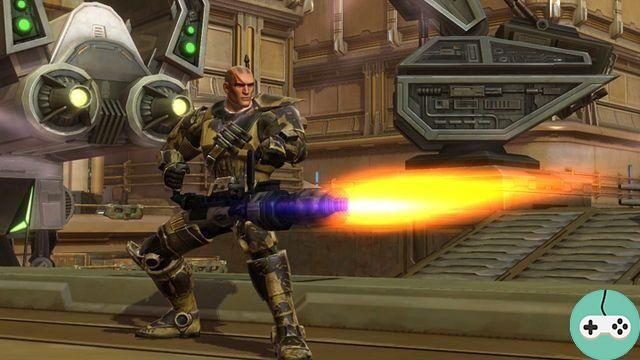 The human race is the most common in the galaxy and the most numerous. Its original history is not fully known, but humans would come from a single planet, Coruscant or Tatooine. Human colonization is also a gray area of ​​history, no one really knowing if humans started this one alone, or if it was the Rakatas who deported them to multiple planets during the time of the Infinite Empire. .

In the galaxy, the human species has always been considered a little apart since hyperspace travel became a reality. First of all because its origins still remain mysterious: the oldest human civilizations known at the time of the founding of the Republic came from Coruscant, Corellia and a few other worlds. And it has never been possible to demonstrate a starting point or a common origin for this species. Although the theory of spontaneous parallel evolutions is not entirely improbable, the passage of time seriously tested this hypothesis: no other intelligent species encountered in the galaxy had undergone parallel evolution on several worlds, especially so far apart from each other.

Adaptable, diverse and versatile, humanity in its many variations forms the most numerous and widespread species in known space as well as one of the linchpins of galactic civilization: the planet Coruscant, one of the cradles of the world. humanity, became the capital of the old republic, then of the Galactic Empire, and finally of the New Republic. The language of Coruscant served to establish Basic, a universal language without which the Republic would have had the greatest difficulty to survive for millennia. Even for other species, the cultural, aesthetic, culinary or social standards of the largest human societies are often used as a reference.

Humans have shown themselves capable of tackling all tasks, of considering all careers, of benefiting from all gifts including that of the Force. Since the advent of the Empire, tens of billions of human beings have embraced the ideology of the New Order: High Human Culture. According to this ideology, the manifest destiny of humanity is to reign over the galaxy, which is explained both by its unique origins and its history which permeates those of the galaxy at all levels. Although the New Order has been swept away by the Rebel Alliance and the various worlds that rebelled against Imperial authority, pro-human sentiment is still strong on some planets. There are dozens of human variants that are almost 100% identical in morphology to the humans of Coruscant, Corellia, Alderaan, Chandrila, and others. Generally, they differ only in minor aesthetic aspects (skin color, height, stockier or thinner morphology, etc.).

Almost humans are physically different from humans but almost identical genetically. This means that they can have children with "normal" humans and that most if not almost all of their organs look and function the same as one would see in humans. However, distinct evolution, mutations from a "classic" human strain or intentionally induced transformations have resulted in several notable differences. For example :
- a morphology completely adapted to a high gravity to which a human would not survive or which would force him to immobility.
- a respiratory system allowing the use of chlorine or any other gas and in return incompatible with a normal environment for human life.
- extra fingers, particular limbs (fins, wings ...)
- a particular skin color (blue, purple, green ...)

And so on ... Although genetically human, these mutants or peoples are often considered second-class humans, especially since numerically they are negligible compared to the legions of humans who enter the aesthetic and organic standards of the majority. Over time, the divergences may increase enough that an almost human variant is no longer genetically compatible, in which case it will be considered a completely separate non-human species. There are a number of non-human species (according to the criteria discussed above) that are paradoxically close enough in appearance to humans that some of the near-humans appear to be exotic in comparison. For example, the Devaronians, the Twi'lek and a few others ... but then again, genetically (and even biologically if you look at it very closely), these are indeed radically different species even if their appearance can encourage to believe otherwise. Paradoxically, non-human races with a much more exotic appearance than Twi'leks or Devaronians have occasionally shown themselves capable of fertile crosses with humans despite very different genetic structures. The universe apparently likes to find exceptions to the rules defined by those who inhabit it.

Humans, regardless of their origin, do not have mysterious powers. Of course, they may have developed certain particular tolerances (for example to high gravities, to certain atmospheres, to certain radiations ...) but humans of another origin placed in the same conditions would confer the same advantages on their descendants. In the case of intentionally induced changes, things are even simpler. Clearly, human differences are the consequence of the great adaptability of this species. They fully contribute to the fact that humanity has become dominant in the galaxy even if this goes hand in hand with a lot of "racial" rivalries between different strains of humanity. When in addition some fanatics claim to explain the mysterious origin of humanity and consider that their human variant would be "the first" or "the purest", we can easily imagine the consequences ... 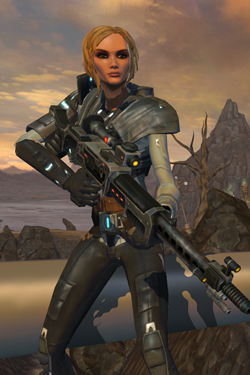 Audio Video SWTOR - Humans
Antihero, the law of the most deceitful ... ❯