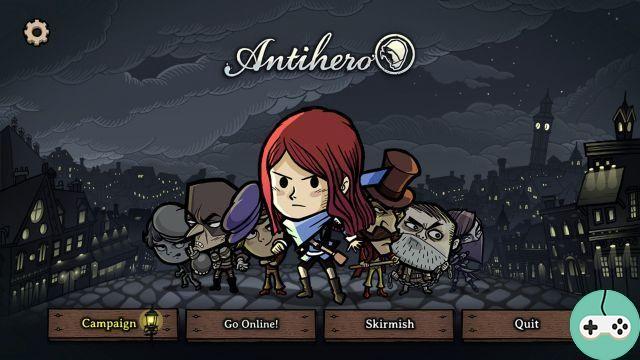 In the series of board games, video game sauce, I found a lot of cool and addicting little games. Today I am going to tell you about one of them that we are going to explore in depth.

Progress of a game

You will start with only a master burglar, with no special abilities, few resources and few action points. As you go along, you will have to, by collecting lanterns, unlock upgrades and buy units with the gold that you will accumulate in order to fulfill the victory conditions of the map. 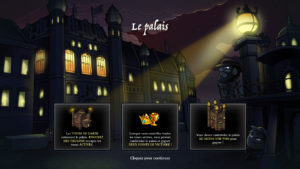 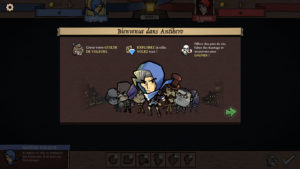 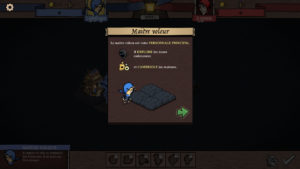 To rob, or fill a strategic location with orphans, you will have to explore the streets of the map plunged into darkness. Once explored, the streets will reveal the units present, places of interest and potential targets.

The game will then end with whoever achieves the victory conditions the fastest.

Many skills will be useful to you to achieve victory, and they are only unlockable at the rate of one per turn. By using a large number of lanterns, you can obtain additional action points: the possibility of using a dagger, stealing more things, etc ... but above all, unlocking many units: 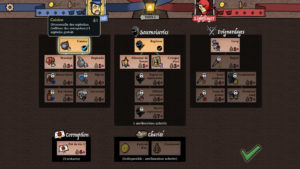 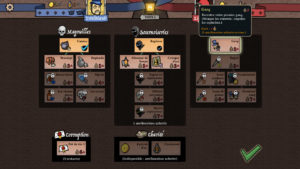 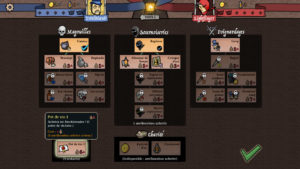 Only ... to have lanterns and gold ... several methods are available to you.

You will be able to do charity once per turn, for lanterns or gold, but you won't be able to buy skills this turn.

The victory will be determined by the player who first fulfills the objectives of the game mode. Often, these are simple conditions (obtaining X victory points), but sometimes it requires to rob a place with conditions, or even to eliminate all members of the opposing gang. 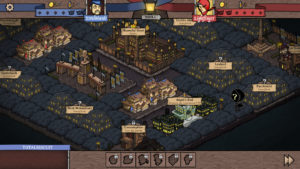 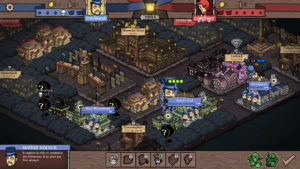 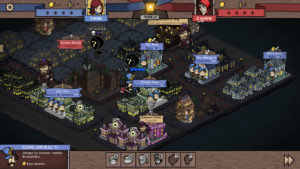 Sometimes you will be able to buy bribes which will give you a victory point.

The campaign will allow you to unlock different avatars (having no other function than the aesthetic) while telling you a story. At the same time, you will see the different game modes and maps available to you. 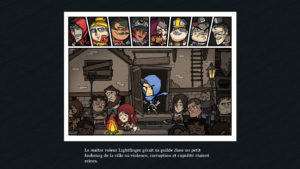 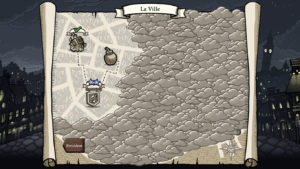 The multiplayer will offer you to play several on the same machine, each in turn. Quite restrictive (players should not watch the actions of others to avoid spoiling the blows), this mode is quite welcome for those who can not do otherwise. In network, you will be able to play all the cards, with the various conditions of victory which accompanies them.

Antihero is a game that won't take you long to get your bearings and will prove to be addicting in small doses. The different game modes will give you varied games and the methods of winning can sometimes be long drawn out. However, others will find it a bit repetitive, even poor. Because the campaign, finished in one afternoon, is not the primary goal of this game, which will see its true potential released in multiplayer.

Multiplayer (local or network) will be a real asset and will be a source of fun and renewal thanks to the wacky methods of some players.

Add a comment from Antihero, the law of the most deceitful ...