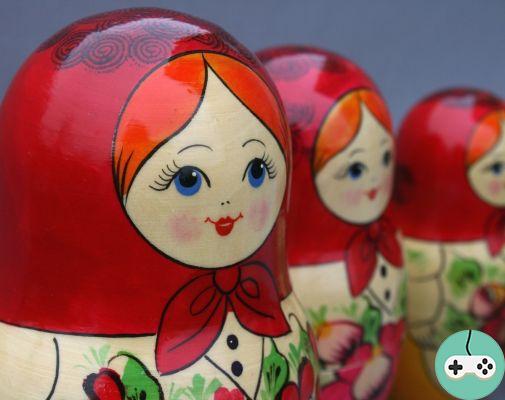 For this 6th episode of our Russian column, we have the opportunity to chat with Wyck Tytalius. For reasons of incompatibility of schedule, this interview, initially planned in play and voice, turned into a written conversation on Skype. Here you will find a summary of what he said. You can find a copy of our conversation at the end of the article. 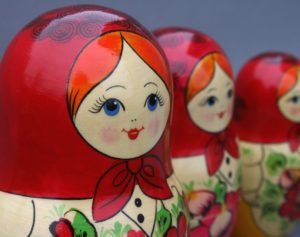 The Gunner took the place of the Kinétic in the raid. The winning combination currently in Russia is the Gunner / Cryomancer association.

Regarding the Alchemist, he must now pay much more attention to his rotation in order to reduce the recharge of the injection. The change in stats led to some major changes to the equipment (need to have 40% discharge recovery and 50% critical).

Nefélis (B4) fell under the blows of the Golden Horde, with 2 Gunners and 2 Cryomancers. This fight, quite hard and long, will require constant movements.

Last week, the Russians made a second attempt to kill their first invading Avatar. They failed again for the same reasons as the previous time: boss hit points increase faster than player damage over a certain prestige. Which is quite problematic considering the amount of damage dealt by the boss. In addition, the training version is not representative enough of real combat to be really useful, or even to serve players. Since the developers want to get feedback on divine specializations, Avatar's next fight will have a fixed difficulty, not adapting to the prestige of the players. So expect the fall of an Avatar!

Another point: the resistance system will be redesigned.

No new game modes. As with every class shuffle, Gunners are now king in PvP.

Regarding control abilities, there is a system of diminishing returns, with a bar that fills up each time you are controlled, making you invulnerable when it is full. But according to Wyck, you will usually be dead before that bar is full.

No novelty there. But it is quite in demand, so improvements are to be expected.

So much for a summary of our discussions, which you can find in full just below. Many thanks to Wyck for his answers, a really nice and approachable player.

[14:49:51]  Wyck : Well Cryomacers were among top DD for quite a long time, but sadly not many players cared to check it.

[14:51:44]  Wyck : Also, this particular fight requires Cryomancers to deal with roots. This fight greatly favors ranged DD over melee. And Gunners are current top DD on RU. Compared to our initial runs we just swapped Kinetics for Gunners.

[14:52:53] Eky Games Managers: About this fight in particular, can you give us a quick summary ? Is it a high dps check ? Requires a lot movement/coordination ?

[14:56:53]  Wyck : It's a very long and boring fight, when you have to repeat same set of action over and over again a lot of times, with a slight complications until you get the boss to 10 health bars, and here is the fun part comes it. Dryads appearing at this point and channeling damage resistance into the boss making him almost immune to damage. So you need to kill dryads to be able to damage the boss, but here is a few complications - new dryads will appear and with a shorter intervals, so the damage windows will be smaller each time. But there is a way to deal with it - after death each dryad releases a small divine spark that moves to the boss - it will heal him 10 heal bars if reaches him, but you can intercept it  and you have 5 seconds to collect the next one. If you able to collet 3 of them without loosing the buff - you will get God form for like 40 seconds.

[14:58:01]  Wyck : And by using it you can kill dryads very fast (though other players have to catch the sparks to prevent healing of the boss) and by doing this you create bigger windows for damaging the bosses. In a perfect conditions all you need is a single burst.

[14:58:47]  Wyck : there is a nasty RNG to deal with though - sometimes dryads are no appearing in clusters making collection of divine sparks nearly impossible by single character

[15:00:34]  Wyck : Also whole level restricts who and  where can you move - it's a platforms in a pool of poison gas. You can't stand on same platform more than 20 seconds or it crumbles , and if two players at once stand on platform it will crumble in a few seconds.

[15:05:59] Eky Games Managers: since we talked about gunner, can you tell us, with a week feedback, about the changes to gunner/kinetic and Alchemist ?

[15:09:50]  Wyck : And Alchemist have to pay a littlie more attention about what they are doing to have Stimulant Injection off the CD in time

[15:10:56] Eky Games Managers: yeah seems like a pain in the ass (also the last patch looks like it helps). But biotrap lost of its effectiveness right ?

[15:11:28]  Wyck : if Alchemist have capped his Critical Chance then it remained the same

[15:13:21] Eky Games Managers: now, about tha Avatar fight last week. Can you tell us a little about this fight ? What's the biggest challenge ?

[15:16:11]  Wyck : Biggest challenge there is to survive under spam of all the Champions abilities at once, and to damage wile dodging all this stuff. All the damage reduction abilities are nearly not enough to keep your raid alive long enough to kill the boss. Thankfully it's begins not right from the start of the fight.

[15:18:19]  Wyck : Another frustrating thing - training version of Avatar is quite easy to beat, he is innocent puppy compared to Champion version. So after practicing with training version (by complicating thing by reducing damage, or keeping all secondary bosses alive) - you are facing a bigger challenge than you expected.

[15:19:17]  Wyck : Also he have a higher damage reduction in a Reboot phases in Champions mode, than he had in training mode. And this the phase where you supposed to deal the biggest part of the damage to the boss, and you can't!

[15:20:05]  Wyck : The thing that really messes up things for players - miscalculated scaling of the boss HP.

[15:22:14]  Wyck : They want us to kill the Avatar so we will be able to test and give the feedback on God's Specializations

[15:23:11]  Wyck : So they decided that on his next visit Avatar will have his scaling turned off making him a challenge with a fixed difficulty.

[15:24:06]  Wyck : While all Avatar related stuff will go into rework. Like re-working of scaling there or removing it forever, ort even making more combat modes to fight him.

[15:24:44]  Wyck : Also they are thinking on mechanics that will allow other players to help with a fight without participation there.

[15:26:43]  Wyck : Another good Avatar-related news is that resistances research mechanics will get it's re-work as well, so it will be not such a drag anymore

[15:28:32] Eky Games Managers: Have there been anything new about PvP since the "Small/Big batlle" brackets ?

[15:34:40]  Wyck : Though those changes are in high demand - they are not in game yet. The usual convenient stuff that is common for any other MMO is not here yet, but I'm quite sure that they are working on adding it.

[15:37:01]  Wyck : Diminishing returns are in place now, and they are sometimes even working, but most of the time you are dead long before you get a full bar of CC resistance.

[15:40:36]  Wyck : There are no hint about how it will get changed. But let me say this, after playing since - is it such a big deal that you need to spend an one hour per week to get weekly dose of Sparks of Revelation? All this whining because of single hour a week  of mindless monster killing.  Also people keep forgetting that it's a source of getting epic and blue trophies.

[15:40:59]  Wyck : And if you spending there more than one hour doing this weekly quest - you are doing something wrong

[15:42:08]  Wyck : Though some re-working that will add more meaning and tasty loot there will definitely be good thing to have ?

[15:42:54] Eky Games Managers: I think the real issue in Anomalies is that you got almost no incentives to do them when tour quest is done^^

[15:44:43] Eky Games Managers: so last question, is there any new stuff that the devs teased you about ?

[15:49:01]  Wyck : There are really not that much to share. Pantheon Wars (hopefully re-worked and ridden from numerous bugs and faulty ideas) somewhere close to the New Year, some new classes after New Year when they finish reworking and polishing old classes.  Pantheon wars maps in practice mode outside the pantheon wars (so yeah new modes for team premade PVP)

[15:52:37] Eky Games Managers: Then good luck, it was very nice talking to you (I'm still laughing from the CC reduction bar^^)

Add a comment from Skyforge - Meanwhile in Russia: Episode 6