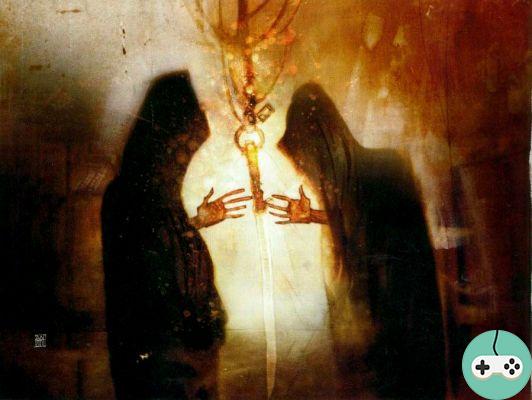 Yes, you have not dreamed while reading. It has finally arrived, after ... a certain number of months>

For those who don't want an explanation and want to read, scroll all the way down. 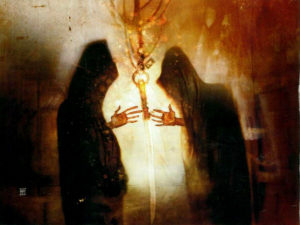 Now let me explain the journey that wasted so much time. As you know, I'm not the only one writing this short story: I'm co-author with Tifa. So it was two that everything was formed at the beginning. Originally, the chapters were to be published in turn (I do the first, Tifa the second, I the third, etc.). But the inspiration made that I ended up doing three in a row (3-4-5).

In short, it is not an excuse, and it is normal. You just had to write the rest, around Tifa. In the meantime, the game came out. And where everything else before was done in just a few vacations, there ... impossible to move forward. It's not like I'm not trying to get things done.

It was in the end last month (or two months ago, maybe) that Tifa left me the handlebars. Lack of inspiration and motivation. My goal is not to blame, of course, but I * wasted * time trying to put together everything that had already been established, so that everything that was said didn't foolishly fade into oblivion. And to top it off, it was my exams, my shooting, in short, my life outside of TOR that made me waste a little time.

Besides, because it would be normal for someone to compare me to Chaotin for the writing, I prefer to warn in advance: I have nothing against his writing style. On the other hand, where it is several parts of the same chapter, broadcast one by one, I prefer to do everything at once. Also explaining why I leave you without savoring anything for quite a while ^^

I then come back to the story. Previously, I passed the script, colorized, to Onidra, who transcribed it. From now on, I have chosen to do as Chaotin: leave the articles for free download in PDF (I will also link the previous chapters soon). And in black and white.

For those still looking for color, I will post a link to the official TOR forum later, where it will remain present. For those who want to know everything in advance, know that the Kheir des Sombres Iskhys forum is full of writings, as they are written.

For those who have lost the order of the stories, the Hunt for 10 begins with the start of the game (in 0). There is quite a bit of time between Chapters 5 and 6, enough for TOR Chapter 1 to come to an end. In the event that the latter lasts only a few months, there is no change. But if it is rather a year, they would have to be aged by a year, for cohesion with the universe.

With chapter 6, the story takes a real turn. Not in the narrative sense, in the stylistic sense. Indeed, where, the precedents hesitated on the rudeness and the remarks made, this time, I allowed myself to go to the quick. Assuming that readers are TOR players, and therefore are sixteen years of age or older; that shouldn't be a problem. But those who appreciate only "political correctness" may be disappointed. 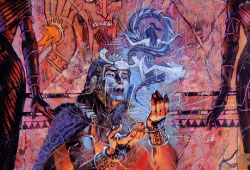 The Hunt for 10, Chapter 6: A prison without bars


Do you want to be up to date and know all the tricks for your video games? In gamesmanagers.com we enjoy playing as much as you do and for that reason we offer you the best tricks, secrets or tips for you to play non-stop. We offer you quality content and always updated to keep you up to date. That's why, in our website, you will find not only videogame guides but also tricks, secrets and thousands of tips so you can play to the limit. Are you ready to get it? Enter now and enjoy your videogame!
ESO - Nordic ❯